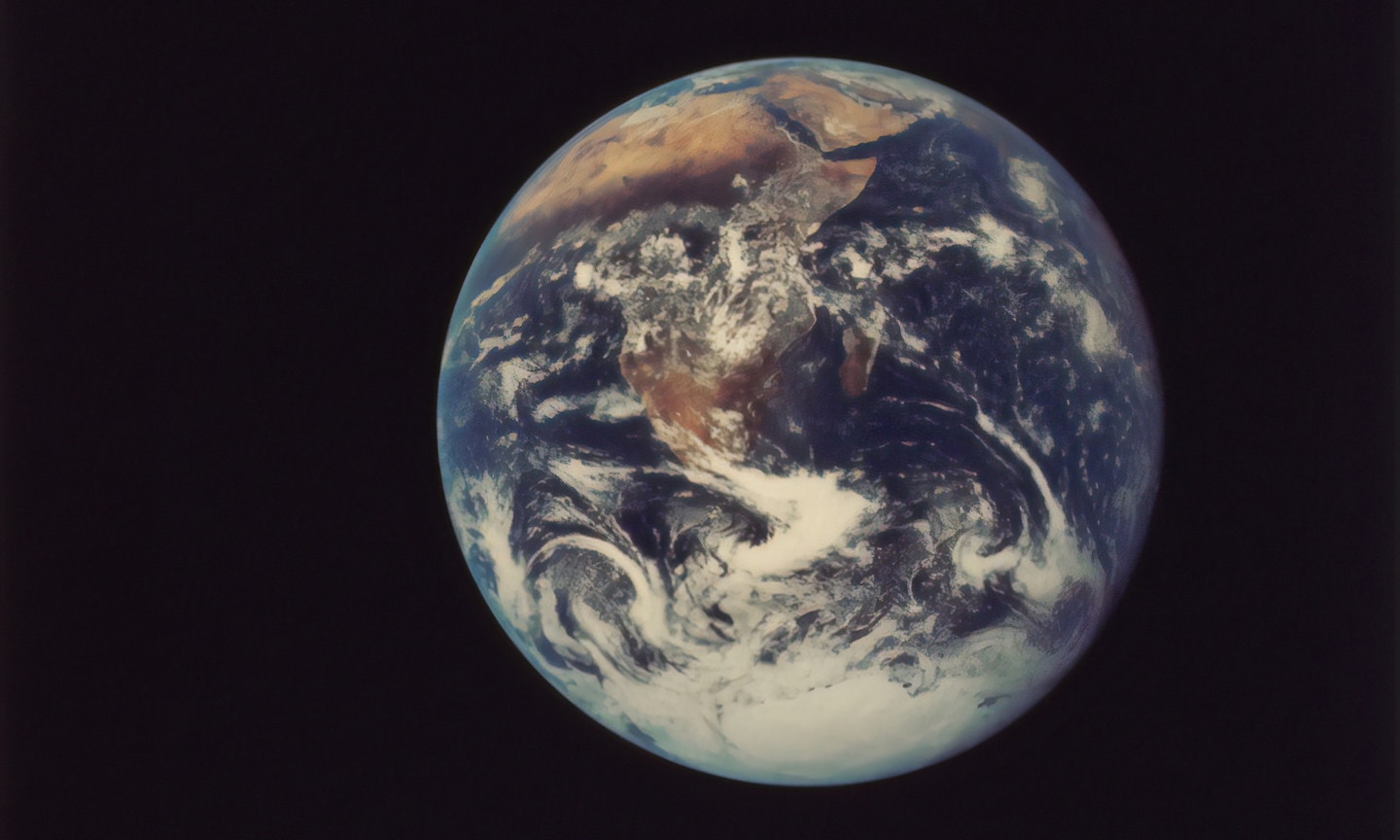 Can One Meatless Day Out of the Week Make a Difference?

For the many of us who consider ourselves vegan for the animals, growing research linking climate change in great part to animal agriculture – and pointing to plant-based eating as a silver bullet solution – has added extra fodder to our argument and further validated our choice to be vegan. Our message now, is that being vegan drastically reduces our harm upon the animals, and also upon the planet (in turn further helping the animals). It seems by being vegan, we are doing everything right.

But could it be that it’s not that simple? When considering our individual impact upon the planet, are vegan ethics enough? Is eating plant-based, buying vegan products, and advocating for others to also do so the best method to heal the planet and save the animals? Or, could veganism use some work when it comes to being environmentally sustainable and regenerative?

One environmentalist and well-known eco-blogger, Holly Rose, certainly thinks so. A Kiss The Ground trained soil advocate, Rose specializes in topics including regenerative agriculture, minimal waste living and slow fashion. She is also known for calling out veganism as an over-generalized and over-touted solution to the planet’s many problems. Via her popular Instagram page, Rose regularly takes an intersectional fine-toothed comb to vegan topics, highlighting where we may not be getting it right, and where we could be doing better.

A primarily plant-based eater, Rose was raised vegetarian and concentrates her diet on seasonal, local, whole foods, regeneratively grown where possible. She’s no ethical vegan, but she certainly knows about reversing damage done to the planet. Veganism, she says, can play a big part in that, but there’s much more to it.

From what we eat and wear, to how we advocate and think of vegan ethics, there are five essential ways Rose says vegans can be doing better:

Earlier this year, Rose attended the Grow Green conference in the UK, where she questioned a representative from The Vegan Society about concerns regarding the organization’s label being used on items not actually environmentally friendly. The reply she received was: “The best way to get [our] trademark out there is to stick to the standards that we feel affect the reduced exploitation of animals. So kind of the fringe issues around single-use plastics or human animals or the type of agriculture practiced kind of takes us away from the core standards of what we think will reduce exploitation of animals.”

For vegans working to reduce our harm upon both animals and the planet, these issues are not fringe. Rose notes that the Vegan Society label, like similar labels used in other countries, do not necessarily signify that a product is organic, produced through sustainable or regenerative farming practices, nor packaged sustainably – issues that should certainly be on the vegan radar. So conscious-buyer beware.

Rose makes a similar argument regarding other vegan products, such as leathers (often containing plastics) and other synthetic textiles, as well as beauty and health products (often packaged in plastics). Instead, she suggests vegans seek non-animal derived products made by brands using transparent and sustainable practices, biodegradable, natural materials, ideally produced through regional fiber systems that build soil, as well as shopping second hand whenever possible.

For food, rather than relying on vegan labels, Rose suggests focusing on seasonal, local whole foods as much as possible.

“When you eat what is grown locally and in season, you are eating more nutrient dense foods, decreasing the demand for food from other bioregions, reducing food transportation miles, contributing to the local economy, and shrinking your carbon footprint,” she says.

For places where local foods are not always accessible, Rose suggests looking at traditional methods of food preservation, such as canning, pickling and fermenting.

She also promotes root to tip eating, or finding ways to get more food from our food, to reduce how much we need to buy and how much we throw away. (It’s shocking to learn how much of a food plant is actually edible, nutritious and delicious, but ends up in the garbage.)

Rose also advocates for composting what can’t be eaten. “Over 51% of the trash going to landfills is compostable, including food scraps, paper, yard trimmings, and wood,” she says. “The environmental costs of food waste worldwide are staggering, and 3.3 billion metric tons of carbon dioxide released into the atmosphere each year through the production, harvesting, transporting, and packaging of wasted food.” Rose says taking responsibility for our food scraps via composting “fertilizes future plants, clears space in landfills, and dramatically reduces your personal greenhouse gas emissions.”

“Purchasing seasonal whole foods from local farms that practice transparent sourcing and are investing in soil health, protects local wildlife and biosphere diversity above and below the ground.”

Consider the oppression of human animals in plant-based food production

Fighting oppression of non-human animals by purchasing only plant-based foods may inadvertently be adding to the oppression of humans in plant based food production, says Rose. Just as many animal activists have taken to fighting human rights violations affecting vulnerable workers in slaughterhouses, so too must we consider the rights of workers in plant-based food production.

In the UK, for example, (which does little of its own farming), Rose states that an estimated 10,000 to 13,000 people are currently being exploited in the food and farming industry. A UN special rapporteur on slavery published last year, states 400,000 agricultural workers in Italy are at risk of being exploited, and almost 100,000 are forced to live in inhumane conditions. And in the US, “forced labour still occurs in agriculture,” with some workers held against their will, “through the use or threat of violence, and forced to work for little or no money,” she says.

Thus, says Rose, “labelling foods ‘cruelty free’ when it is rife with human rights issues, creates a false narrative about the systems of exploitation which exist in vegan food and lifestyle production.”

To help reduce our contribution to the oppression of all animals –including humans– in food production, Rose suggests sourcing food from community led gardens, co-ops, or your own garden, in order to know just who is growing your food, and how.

“Shopping at local farmers markets, buying through community supported regenerative agriculture programs, or even growing your own, helps invest in a future of food which is good for most animals and the planet that supports us all.”

The fight against government subsidies provided to animal agriculture is a big one within the animal liberation movement. One group, Nation Rising, has made it their exclusive endeavour. But there is a larger war to be waged, says Rose, to aid both the animals and the planet: fighting to shift current subsidies provided to both animal agriculture and cheap processed food production, over to plant based food production, to make plant based whole foods more accessible to more people. Fighting for taxation of processed foods and meat (as has been proposed in Australia and Denmark, respectably) should also play a part.

In the US, the most federally subsidized foods are highly processed foods, including foods for both humans and farmed animals.

Vegan ethics dictate that animals are not ours to use, so when it comes to the topic of animal farming, there is typically no grey area: animals are not to be farmed for human use. But perhaps it’s not so black and white. While major progress is being made in veganic farming practices, Rose believes farmed animals can and should play a key role in the regeneration of the planet. And that this can be done without oppression, even without slaughter.

“Returning animals to the landscapes on which they co-evolved, and integrating them into rewilding projects, regenerative farming practices, through holistic management, makes sense for all living things above and below the ground,” she says. “Integrating animals into our landscapes stimulates and fertilizes the land, increasing biodiversity, enhancing soil health, and sequestering carbon, especially when integrated in annual and perennial plant crop cultivations.”

Considering ways animals can be included in land regeneration, without profit, exploitation and slaughter, is something climate conscious vegans should be open to.

There is a merging of movements afoot, as animal liberation and environmentalism meet with the same goal to rescue our dying planet. Ensuring that vegans are not falling for nor perpetuating greenwashing is an important factor in this mutual fight. There is certainly room for learning and nuance within vegan values. The planet and animals actually depend on it.