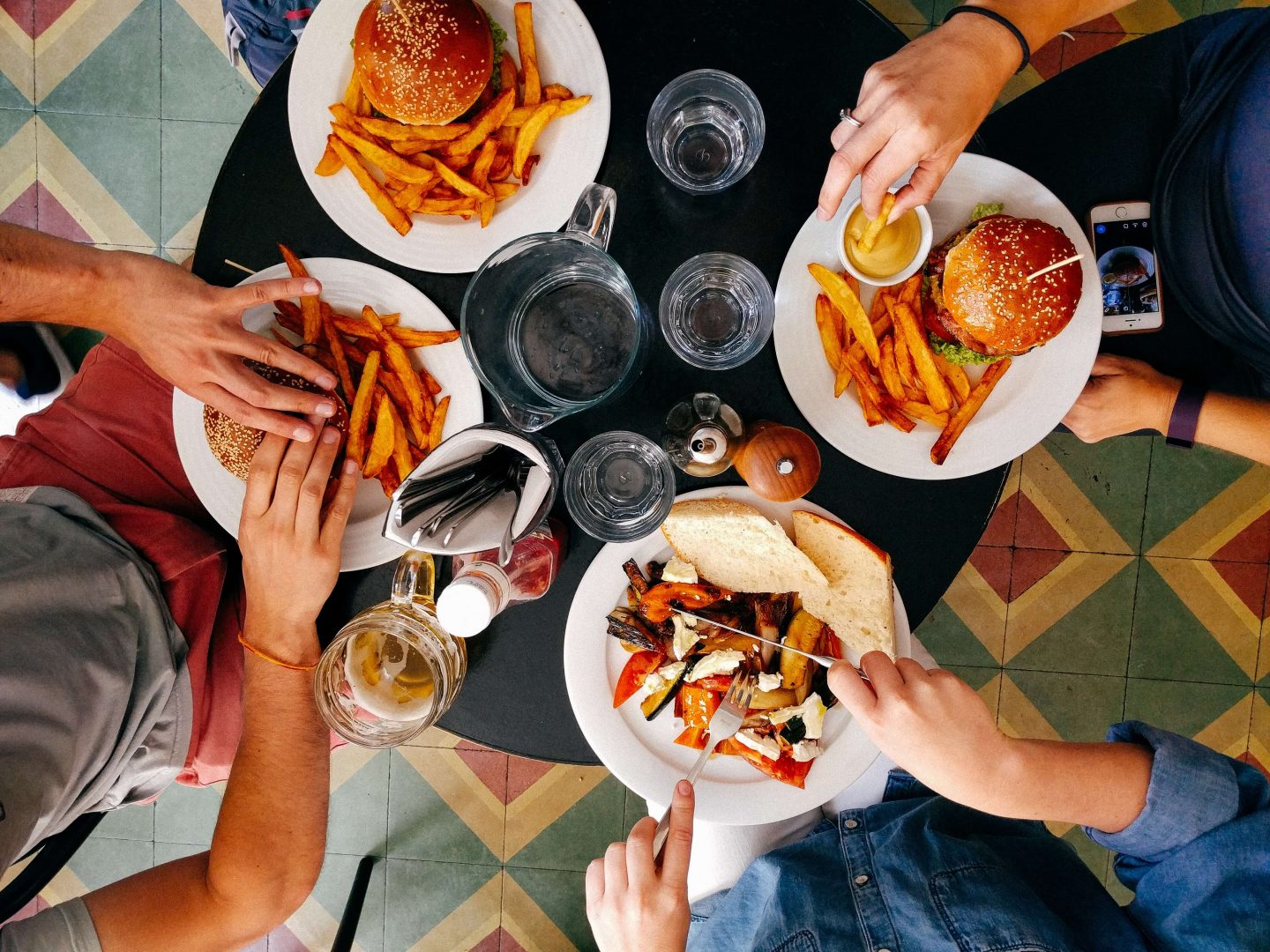 I attended two barbecue parties this past summer. As a long-time vegan, bringing my own food to parties has become a tradition, if not an unspoken rule. As a vegan woman, I subconsciously deemed it my “feminine” duty to bring homemade dishes, not just for myself but also for the enjoyment of other guests. I cringed at the idea of showing up to a social gathering with store-bought products.

For the first party, I adhered to my usual strategy of bringing a homemade vegan dish that, I hoped, would lead to a sort-of “aha!” moment for the non-vegans. I am always looking for meals that have the power to show that vegan food can be tasty, attractive, healthy, organic, and diverse. I bring fancy food to parties mostly in anticipation of scrutiny by family and friends, and less to simply enjoy the food for myself.

Vegan food faces high standards, even in the most informal settings. It has to look good. It has to taste delicious. It’s not allowed even remotely to qualify as junk food. And it better be something novel made from a variety of organic ingredients, to avoid misguided conversations about vegans’ “unbalanced diets” and accusations that vegans are burning down the rainforest.

For the first barbeque party, I marinated peeled carrots in soy sauce to make vegan hot dogs. Initially, I considered my dish a success. The carrot dogs were fun to assemble, tasted great, and even tricked some of the other guests into believing that I had bought them at a store. All comments about vegan food being unhealthy or unsustainable stopped when I said that I had made them from scratch with organic carrots. Despite the accolades, however, my dish was still dismissed. After sharing the recipe with several guests, I heard the one argument I face on the rare occasions when I’ve managed to find a seemingly “perfect” vegan recipe—an argument that diverts the conversation from veganism to an entirely different topic:

“I don’t have the time to cook from scratch.”

For seven years, I internally huffed at this argument, hastily redirecting my attention to my plate before anyone noticed my frustration. For seven years, I muttered that preparing food doesn’t have to take long and that cooking from scratch isn’t that hard. For seven years, this was my reaction to what I regarded as the last stronghold of non-vegans struggling to defend a morally unsound choice – killing and exploiting animals – that they are not wholly comfortable with themselves.

Then I attended the second barbecue party. This time I brought forty Beyond Burger patties, and a weight of which I hadn’t even been aware lifted from my shoulders. Purchasing the Beyond Burger patties took a fraction of the time I had needed to prepare the carrot dogs. I arrived as relaxed as I hadn’t felt at a party in years.

There was no recipe-hunting. No shopping. No experimenting with novel ingredients. No second thoughts about my choice. I still got comments about the taste and the ingredients of the burger patties, but those comments did not affect me personally. It was no longer my reputation as an amateur vegan cook on the line but rather the skills of a professional corporation.

After seven years of cooking food from scratch, I experienced the incredible ease of arriving at a party with a ready-made product that everybody knows how to prepare. I realized that the argument against cooking from scratch does have merit. The duty and weight I had felt in advance of prior parties—exacerbated by the fact that I am vegan—are part of a phenomenon referred to by feminists as “mental load”. Mental load is the invisible burden of managing and executing the tasks required to maintain a household or, more generally, lead a social life.

French comic artist Emma recently popularized the concept of mental load through a comic called “You should’ve asked”. Her comic tells the stories of women in the role of household manager, while their husbands, playing the part of a subordinate, expect prompts and instructions before taking any action. Studies confirm that women disproportionately carry the mental burden of planning, cleaning, shopping, socializing, caring for children, and – yes – cooking.

I can personally attest that adhering to a diet that differs from the “norm” comes with its unique type of mental load. Before every social event that involves food, I always need to mentally strategize to ensure that there will be plant-based food options available to me. And since women statistically take a greater share of responsibility for providing food, they are more likely to be affected by the extra load of veganism, regardless if they are vegan or not.

After learning about mental load, I started to see this gender skew in my own life. Almost none of my male relatives or friends have ever cooked a vegan dish for me. Meanwhile, my mother, mother-in-law, aunts, and girlfriends have gone out of their way to buy vegan milk, bake vegan cakes, make vegan cheeses, and veganize sauerbraten for me. I, in turn, started honing my cooking skills because I did not want my veganism to create extra work for the women in my life.

Even after becoming aware of the added mental load associated with veganism, I still consider my vegan diet to be worth the effort. I am convinced that a plant-based diet is the right choice for environmental, health, and ethical reasons. Animal cruelty runs rampant in the dairy, meat, and egg industries, and I do not wish to contribute to the (entirely preventable) suffering of sentient beings.

Women should not be expected to shoulder a worldwide shift to plant-based dietary choices in addition to disproportionately carrying society’s mental load. The availability of ready-made food like Beyond Burgers will not magically result in the even division of domestic tasks. Nevertheless, our society should celebrate food innovations, especially those that are plant-based, that effectively lighten the burden of women caring for their friends and family.

At future parties—where I intend to bring even more vegan burgers—I expect to hear the most questions about the health aspects of veganism. When these questions inevitably arise, I will point out that plant-based protein, unlike meat, is not associated with antibiotics, high cholesterol, heart disease, and cancer. I will note that the Beyond Burger has proven more popular than all my carrot dogs, summer rolls, and pesto salads, despite these dishes being cooked from scratch with much greater effort and care. I will argue that popular and convenient vegan foods like the Beyond Burger have significant potential to address urgent problems like climate change and the mass suffering of animals.

Above all, I will no longer take these conversations about veganism personally. Sometimes the best thing a woman, vegan or otherwise, can do for her health is to reduce her mental load.