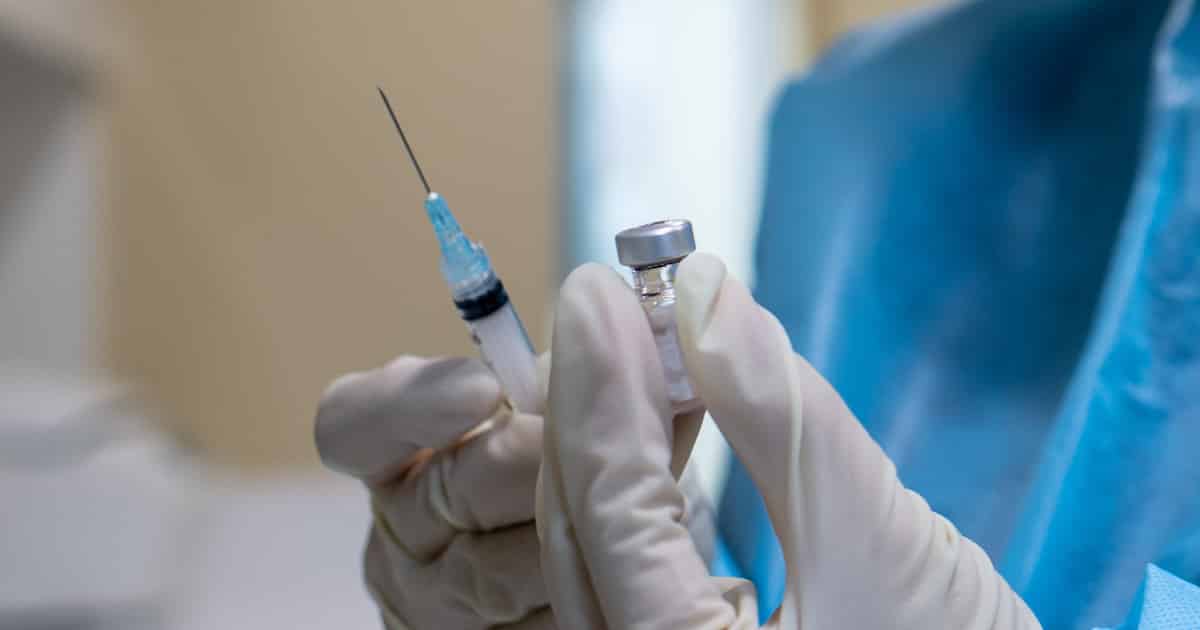 Public trust in the vaccination process is soaring. As of February 23, more than 19.8 million people in the United States have been fully vaccinated. The vaccines were initially met with mistrust, but according to a Gallup poll released on February 10, 71 percent of Americans are now willing to get vaccinated.

For some vegans, deciding whether or not to get the vaccine may feel slightly more complicated. Pfizer and Moderna state that their vaccines do not contain animal ingredients, but it is required by the Food & Drug Administration (FDA) that the safety and efficacy of drugs and vaccines are tested in animal trials before they are approved. Medical experts say they understand the questions going through the mind of anyone concerned with the suffering of animals, but they issued cautions for those considering not getting the vaccine.

“There should be no tough decision to be made here.”

Dr. Aysha Akhtar, a public health specialist, neurologist, and President and CEO of the Center for Contemporary Sciences (CCS), a nonprofit organization working on alternatives to animal testing, feels that “everyone should consider getting the vaccine” after talking with their doctor to determine if there are any contraindications. “There should be no tough decision to be made here,” says Dr. Akhtar. “You have to protect your health. You have to protect your safety and that of your family.”

Earlier on in the pandemic, while the COVID-19 vaccines were still in development, Dr. Akhtar told Sentient Media that governmental agencies like the National Institutes of Health (NIH) that fund medical research “still prioritize the use of animals in testing over the development of new human-based methods.”

“The urgency of finding a COVID-19 vaccine allowed Pfizer/BioNTech and Moderna to move into human trials with much less animal testing than would otherwise be required,” writes Physicians Committee for Responsible Medicine (PCRM), a nonprofit that promotes alternatives to animal testing, among forms of responsible medicine. Even so, the Pfizer/BioNTech and Moderna vaccines have been determined to be highly effective—even at protecting against the newer UK variant of the virus.

Despite evidence that animal testing does not reliably translate for humans, animal experimentation takes place on a massive scale. An estimated 25 million animals are used in testing in the U.S. each year. Yet, a 2004 study by the FDA found that over 90 percent of drugs that move past animal trials fail in human clinical trials.

PCRM has also taken a stance in favor of the vaccine, despite the use of animals in its development. “We are taking steps to ensure that our medical staffers with direct patient contact have first-priority vaccine access under the new District of Columbia guidelines, and we encourage everyone else to get vaccinated as well while respecting the fact that this is a personal decision,” PCRM wrote on January 12.

What does an ethicist think?

Dr. Ben Bramble, a philosophy lecturer at Australia National University, shared his point of view with The Conversation, writing that while he has heard from vegan friends that they are hesitant, he believes “vegans can get the COVID-19 vaccine in good conscience”—and that doing so helps prevent harm.

“A key feature of COVID-19 is you can catch it and pass it on without even knowing you have it, despite your best efforts to avoid this. This means we each pose a potentially deadly risk to others. Getting the vaccine yourself greatly reduces the chance of you having serious disease. And evidence is emerging that vaccines reduce the chance of you passing on the virus to others,” writes Bramble.

New research indicates that the new COVID-19 vaccines are successfully reducing the risk of transmission. A UK study concluded that both doses of the Pfizer/BioNTech vaccine reduced the chance of transmission by 86 percent, and another study in Israel determined an 89.4 percent reduction. Johnson & Johnson’s one-dose vaccine, likely the next to be approved, has been found to be 66 percent effective and prevents hospitalizations and deaths.

Bramble adds that there is “an important difference between avoiding products like shampoos and cosmetics tested on animals and not getting the vaccine. Doing the former doesn’t put anyone else at risk. But doing the latter does,” Bramble adds.

For many people, the decision to get the vaccine will be easy, but for others, it comes down to one pesky question: Is it too risky not to?

“I know a lot of people are scared about vaccines, and there’s so much misinformation about vaccines—and that misinformation is what gets passed around. There is a loss of public confidence in our public health agencies, and that is in large part due to the public health agencies. They have not done a good job in providing information and speaking in a way the public can understand,” Dr. Akhtar says.

What can vegans do, if when all is said and done, taking the vaccine is in conflict with their stance against animal testing?

“I’ve heard vegans saying we need to boycott the vaccine. The problem with that strategy is it’s not going to work,” says Akhtar. “Boycotting the vaccine because it’s tested on animals will not change the system.”

Dr. Akhtar recommends that instead of boycotting the vaccine, animal advocates should  support organizations that are actively working to change the way vaccines are developed and end animal testing. She suggests that people can also take action by commenting whenever they see an article about animal testing, emphasizing the need to divert funding away from animal research and towards “superior technology” that does not rely on animals.

Could progress for animals and science come next?

The vaccines now being rolled out, after less animal testing, are expected to be effective, though there is more that remains to be seen about immunity going forward because they are brand new vaccines.

“People’s fears about the pandemic have been exploited to promote a system that really doesn’t work,” Dr. Akhtar says.

On the other hand, Akhtar says that animal testing for vaccines can take a long time, and researchers may have come to new realizations as a lot of traditional animal testing was bypassed for these COVID-19 vaccines.

In the meantime, Dr. Akhtar shared that she is getting a COVID-19 vaccine as soon as she is eligible—and, lifting a weight off her shoulders, her parents have already been given their first doses.