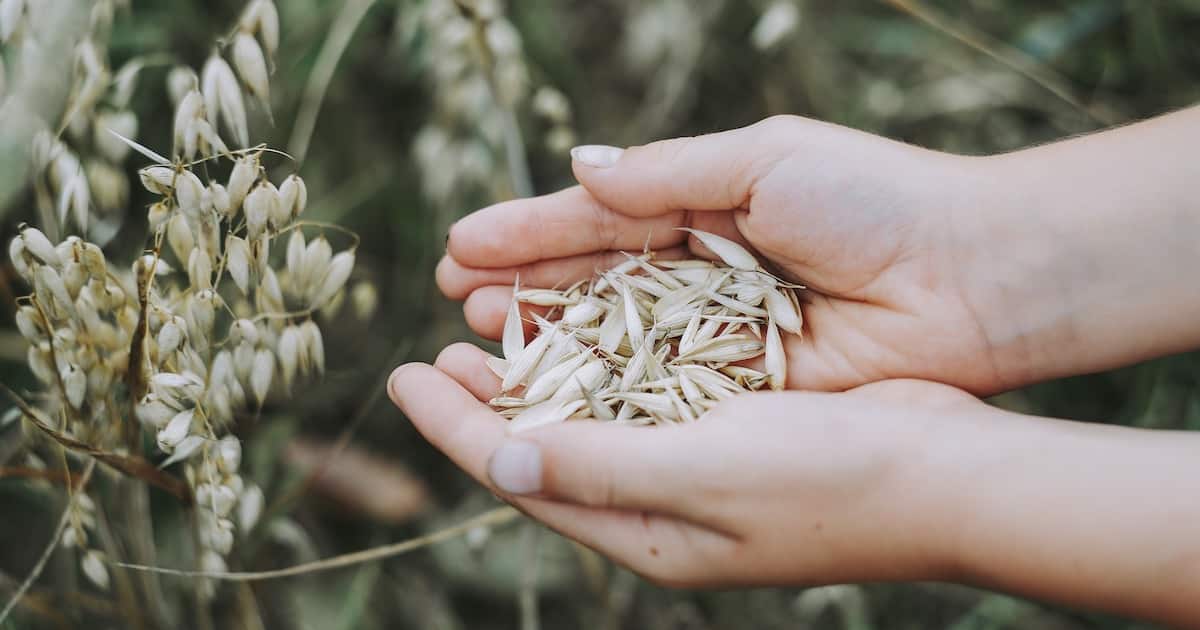 For the past two years, pedestrians walking down the streets of major European and U.S. cities have been likely to see quirky taglines for the popular oak milk brand, Oatly, plastered across buses and billboards. The product being advertised is popping up on coffee shop menus everywhere, and customers are eagerly ordering it. Oat milk seems to have appeared out of nowhere, but it is clearly here to stay.

Statistics confirm that oat milk’s popularity has recently grown rapidly in European and North American markets. While some plant milks originated as early as the 13th century, oat milk was developed recently, in the 1990s. After blending together soaked oats and water and straining the mixture into a milky fluid, Swedish food scientist Rickard Ӧste created the company Oatly to market his invention. The alt-milk remained a fringe product and Oatly was virtually the only player in the industry as recently as 2017—when oat milk went mainstream. Now, buoyed by their clever marketing campaigns like the one above, the company is valued at two billion dollars, and countless others have entered the global oat milk market. Although grocery sales generally increased during initial pandemic lockdowns, oat milk sales increased 289 percent compared to dairy’s 25 percent rise. The suddenly-ubiquitous cow’s milk alternative’s expansion continues, with major coffee chains Starbucks and Dunkin’ Donuts embracing it as part of their permanent menu and baristas experimenting with its applications. Oat milk has gone from zero to hero, and experts are calling its continued success inescapable.

Dairy consumers wondering about the environmental impact of oat milk, given its rapid rise, can rest assured it comes nowhere close to that of cows’ milk. Dairy farming entails rearing large quantities of cattle, who famously excrete greenhouse gases directly through their digestive systems; these gases, methane and nitrous oxide, are respectively 84 and 298 times more potent than carbon dioxide. Dairies also typically require large amounts of feed crops, mostly soy and corn. In comparison to processing a grain like oats directly into plant milk, indirectly cycling crops through cows necessitates far more inputs, including highly-polluting pesticides and fertilizer. Whether cleared for feed production or pasture, cattle-associated deforestation, which disproportionately affects Latin America, the Caribbean, and Africa, further exacerbates climate change because forests help absorb greenhouse gases. In comparison to dairy, oat milk production emits less than one-third of the carbon and requires less than one-tenth of the land and water inputs. Whether the oats are grown elsewhere likely does little to change such stats, since most food emissions result from production, not transport. Choosing oat milk over dairy will certainly reduce one’s environmental impact.

Switching from another plant milk to an oat variety is far less ecologically impactful than switching from dairy, but smaller improvements may still be worth noting. Research comparing four common plant-based milks shows that they all use less land and water while creating fewer emissions—often dramatically so—than dairy. Even almond milk production, widely criticized for being water-intensive, is only about 60 percent as thirsty as dairy—and while soymilk may seem a logical culprit behind soy production’s significant environmental footprint, 85 percent is actually grown for livestock feed. Misconceptions aside, in removing dairy and comparing the plant milks to one another, oat milk’s carbon emissions are about average, and it requires the least water of all to produce—about seven times less than almond milk and about five times less than rice milk. While oat milk does use more land than the other three plant-milks, it is only by a very slim margin, and oats are not a significant deforestation driver. While all plant milks’ ecological footprints pale in comparison to those of dairy, oat milk is among the most low-impact choices across the board.

Along with its reduced environmental footprint, oat milk’s taste and nutrition may appeal to people who are unimpressed with other dairy alternatives. Oats—unlike dairy, soy, or nuts—are inherently allergy-friendly as long as they are processed in allergen-free facilities. From a nutritional standpoint, like dairy, oat milk is often supplemented with Vitamin D, and, like other many plant-based milks, with calcium. Also like dairy, unsweetened oat milk contains natural sugars, but unlike dairy, it contains fiber—which helps slow sugar’s absorption. Oat milk may contain about half as much protein as skim dairy milk—but given cattle farming’s monstrous ecological footprint, protein can be consumed more sustainably through other lower-impact dietary sources like legumes. With its creamy mouthfeel, oat milk acts like dairy in desirable ways, such as frothing in lattes and browning in baked goods. The product also mimics dairy’s taste—minus its animal cruelty problem that leaves a bad taste in many consumers’ mouths. Appealing taste, versatility, and nutritional value indicate that oat milk is likely not going away anytime soon.

Oat milk’s rise may seem precipitous, but its popularity is good news for the environment. Bypassing cows means divesting from dairy production’s considerable emissions, land use, and water use—benefits that Oatly cleverly references by reminding consumers that “no animals were milked” for their products. While consumers minimize their impact significantly by choosing any plant-based milk over dairy, oat is among the most consistently environmentally-friendly options. The factor that may contribute most to oat milk’s popularity, though, is that oat milk is not only as versatile as dairy but equally delicious. While its sudden trendiness may provoke consumer skepticism, it seems safe to say that oat milk’s arrival is good news for cows and our earth.

Vegan Benefits for Both People and the Environment