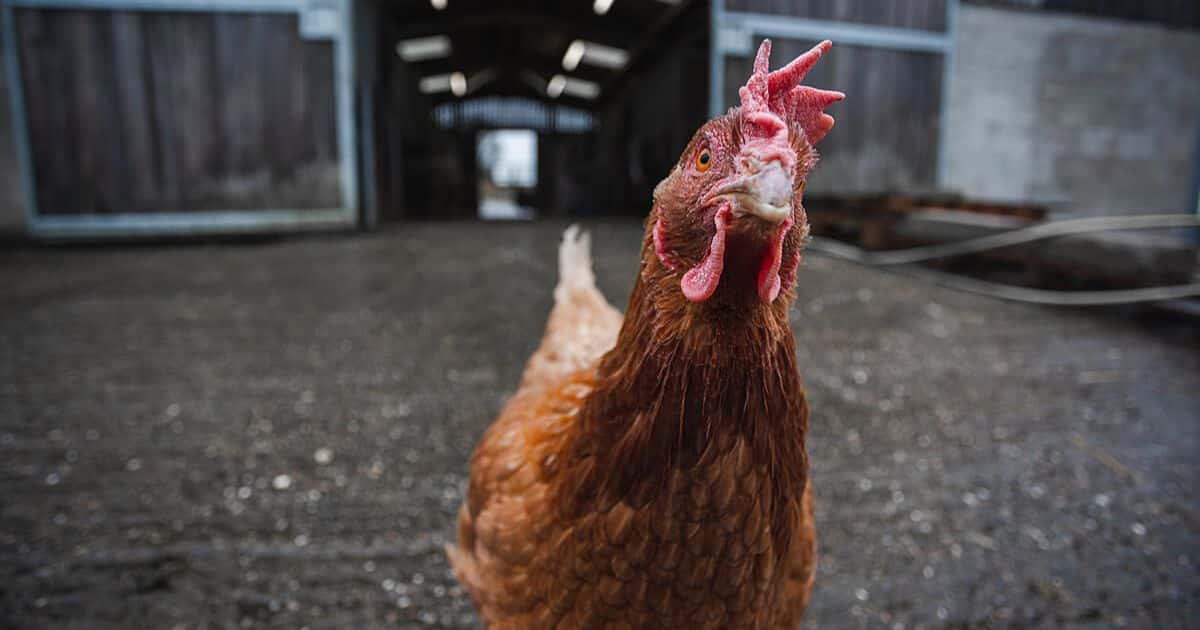 When we think about animals at play, we tend to think of cats and dogs — the two most popular companion animals. But a recent study in Nature suggests chickens enjoy play too. They run. They jump. They even play with toys — a fake worm in this case — along with their fellow chickens.

The study builds off of previous research on chicken behavior — suggesting that farmed animals aren’t all that different from the rest of us. Play is a popular activity for most young animals, whether humans, kittens or calf. Researchers suggest that play is an excellent indicator of having achieved a relaxed state, one that is free from stress.

As early as the 1980s, scientists observed a relationship between the absence of play and animal welfare. Unsurprisingly, animals who are in pain, malnourished, or suffering from stress tend to also be unmotivated to play.

Here the researchers compared play behavior between domesticated chickens and wild chickens, using overhead cameras to study the birds and their interactions. The scientists recognized up to 14 different play behaviors, including running, jumping, sparring and wrestling with each other, and playing with different objects.

Domesticated animals tend to behave in a more juvenile manner when compared to non-domesticated species. In this study, the young domesticated chickens indulged in play significantly more often than their wild counterparts. When given a choice, the chickens opted to play with toys, another sign of their highly curious and social personalities. Other studies have also shown that chickens have the capacity for basic arithmetic, along with the ability to make logical decisions based on rudimentary reasoning skills.

In humans, exposure to stress in the early years of life can change how you behave. Young chickens are no different. Domesticated chickens tend to alter their habits in response to stress, which can affect their biology over long periods and even across generations.

For birds reared on a factory farm, there are plenty of stressors to contend with. Placed on conveyor belts within hours of being born, the young birds can be subject to rough human handling during vaccinations and manual sex-sorting. Next they’re loaded onto vehicles, spending hours in transport until they reach their destination, typically an enclosed barn to spend the rest of their days.

Farmed chickens may even be using play as a coping mechanism, the research suggests. Previous studies show young chickens exposed to early stress during hatching develop a stronger tolerance for stress and in turn a higher motivation to indulge in positive behavior such as play. The researchers of the Nature study also found a small but significant increase in the frequency of play among the domesticated chicken group.

Chickens are the most consumed animal in the world, yet humans tend to know the least (or ignore the most) about how these animals are raised. According to the study, the motivation to play in young chickens peaks between 25 and 40 days of age, just before they become independent. Yet the average lifespan for most factory-farmed chickens is just 42 days (though it’s possible for chickens to live for a decade).

Just like other animals who are emotionally, cognitively and behaviorally complex individuals, chickens’ ability to indulge in play too may be driven by a combination of behaviors. A growing body of research presents strong evidence that chickens, like any other highly intelligent and social species, have distinct personalities.

And yet, the way chickens have been treated within our food systems has remained largely unchanged. Perhaps now that we know that stimulating play can be one of many factors contributing to the psychological welfare of chickens, factory farms might consider offering enrichments for chickens within our food systems, something that could be especially important for a chicken’s life, even a brief one spent in a factory farm.