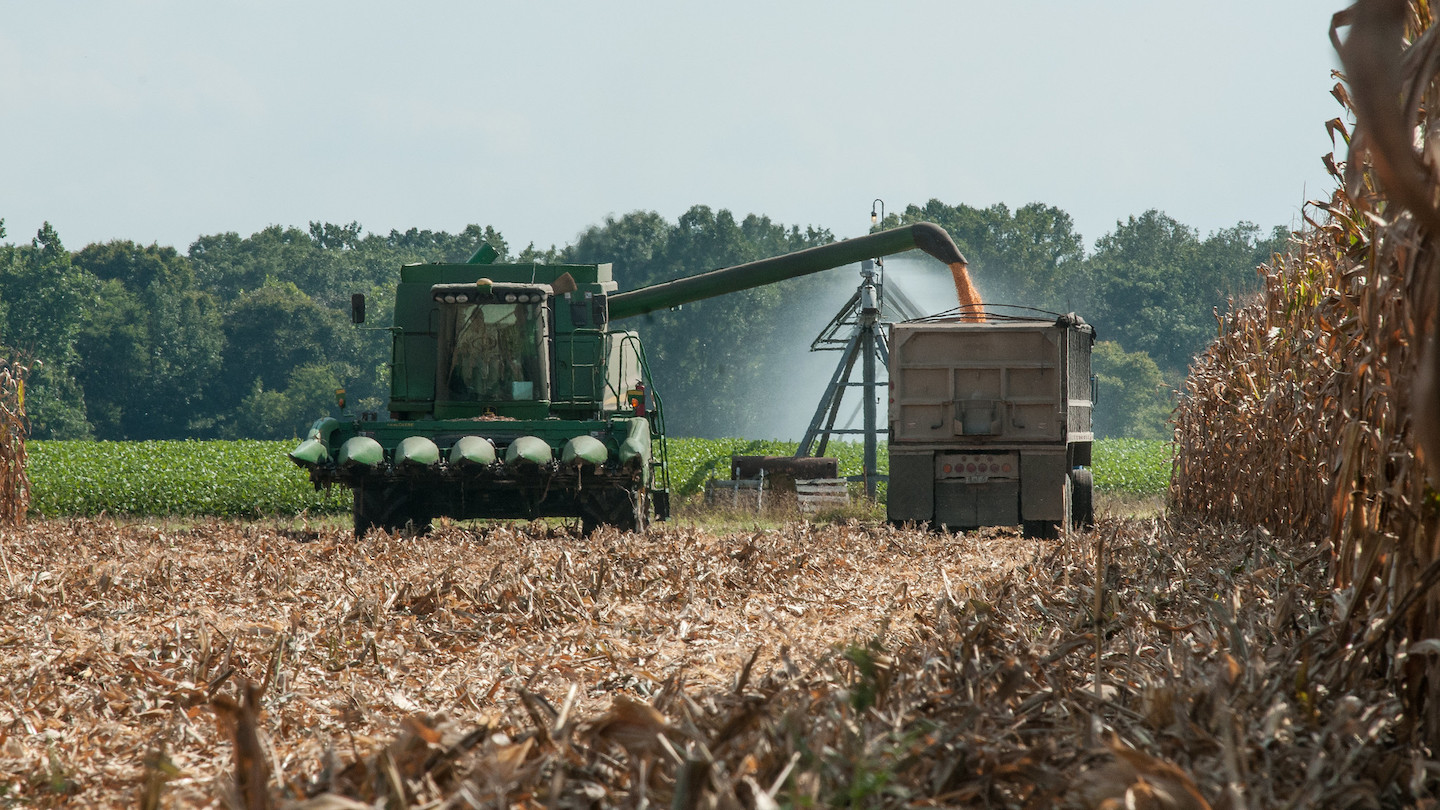 In June of this year, Canadian Prime Minister Justin Trudeau stepped out the door of Rideau Cottage, where he is weathering the pandemic, to address the nation. Proudly announcing Canada’s $100 million financing contribution toward plant-based proteins, Trudeau focused on Merit Functional Foods, a company that is developing animal protein alternatives using Canadian-grown canola plants and yellow peas. “Standing up for hard-working farmers, creating good jobs, [and] setting up Canada for success on the world stage,” Trudeau declared, “are things that our government will always get behind.”

The Canadian government is motivated to provide economic support to Merit for several reasons. During the COVID-19 pandemic, consumers in Canada and worldwide are increasingly seeking out plant-based proteins as healthier alternatives to meat. The Canadian public is finding increasingly more reasons to question the environmental and ethical consequences of raising animals for food. The public health and economic risks associated with industrial animal farming are becoming clear. The media has started covering the role that North American factory farms are likely to play in creating future pandemics that could be potentially even deadlier than COVID-19. According to Trudeau, Canadian innovations in the plant-based meat sector will benefit the nation “as people around the world begin eating more plant-based products.” By helping Merit to expand, the federal government is responding to the growing public impetus to shift away from animal protein to benefit human health, animal welfare, and the planet.

Canada’s financial assistance to the plant-based protein sector is increasing but remains minuscule compared to its ongoing support for animal agriculture. On May 5, Trudeau’s administration promised $252 million—more than double the amount of the Merit commitment—in COVID-19-related emergency funding to farmers and food manufacturers, many of them animal agriculture-focused businesses. The commitment establishes a $77 million fund that CBC reports is “for food processors of various sizes.” The funding is meant to help meat-packers to resolve pandemic-related backlogs in livestock “processing”—an industry euphemism for slaughtering and butchering—by funding the retrofitting of factories and scaling of operations. While $125 million is designated for AgriRecovery, a government organization that allocates agricultural disaster relief, the government notes that this portion of the investment is aimed specifically at beef and pork producers. Additionally, the federal government promised to buy and store more of the surplus dairy products that are accumulating as a result of COVID-19-related supply chain disruptions; it is accomplishing this by expanding the Canadian Dairy Commission Act. While committing an impressive-seeming $100 million in debt financing to boost the emerging plant-based protein industry, the government is also investing continually in the already mature and well-financed animal agriculture sector.

The emergency funding allocated in May to predominantly animal agriculture companies represents just a small fraction of the overall financial support that the sector routinely receives. The Canadian federal government regularly subsidizes animal agriculture to the tune of billions of dollars. In 2019, $1.9 billion in direct subsidies (which need not be repaid) were allotted to the dairy, pork, beef, and poultry industries. Canadian dairy producers were the largest benefactors of the assistance, receiving $1.79 billion in funding—and their industry is set to receive at least another $1.75 billion in subsidies over the next eight years. Although emergency funding is often announced with fanfare, animal agriculture producers routinely receive much more significant monetary support as a matter of course from the Canadian federal government.

Agricultural subsidies granted to crop farmers also indirectly benefit animal agriculture producers. Since many grain farmers sell much of their product to animal farmers for use as feed, government subsidization of grain production—for equipment upgrades, sustainability, research, or emergencies—ultimately benefits livestock producers. The Canadian Feed Industry confirms that 33 million tons of the nation’s grain is annually fed to farmed animals. Eighty percent of barley, 60 percent of corn, and 30 percent of wheat grown in Canada, along with significant amounts of Canadian canola and soy, are consumed by animals. Government subsidies received by grain farmers indirectly benefit animal farmers by lowering or stabilizing animal feed prices.

Meat, dairy, and egg producers unequivocally benefit from the sector’s long-standing political influence and resulting government support. Despite this dynamic, the average Canadian may be unaware that, for decades, large amounts of taxpayer money have been aiding farmers and agriculture companies—primarily those that produce animal foods. Between 1986 and 2010, Canada’s farm subsidies averaged between six to eight billion dollars annually, with the main beneficiaries being dairy, egg, and poultry producers. Direct and indirect agricultural subsidies and price-stabilizing supply management systems that disproportionately favor animal agriculture producers are so entrenched that they too often escape the notice of tax-paying Canadians.

The prolonged government support is allowing Canada’s intensive animal agriculture sector to continually grow and consolidate, resulting in worsening conditions for farmed animals. This expansion and merger activity is enabling more animals to be reared for food on fewer farms. Modern livestock producers, who are not subject to any meaningful animal welfare laws or regulations, typically prioritize operational efficiency and profit above animals’ wellbeing. Canadian legislation allows farming industries to establish their own voluntary codes of practice for the treatment of farmed animals. Created by and for producers, these codes favor profit and speed over the ethical treatment of animals. Farmed animals’ suffering is permitted as long as it is considered a result of standard operating procedure; practices that are simply widespread are deemed as “acceptable,” regardless of how much pain they may cause. The Canadian government, by providing monetary support while abdicating regulatory responsibility regarding animal welfare, shoulders partial responsibility for the increased suffering of the nation’s farmed animals.

A majority of Canadians say that they disagree with the inhumane treatments of farmed animals that their tax dollars are quietly enabling. Canadian hog farms routinely castrate piglets without anesthetics, which is considered a standard operating procedure; the Code of Practice for the Care and Handling of Pigs merely states—rather ambiguously—that analgesics are “beneficial.” And though the Canadian government in 2014 legislated the phasing out of gestation crates—stalls for breeding sows that are so small they cannot turn around—the law only applies to new and newly-renovated facilities. Many of the 700-million-plus broiler chickens raised in Canada every year spend their lives in overcrowded barns with no natural light and limited ventilation. Hatcheries that supply egg-laying hens to poultry farmers typically “euthanize” newborn male chicks, who are unprofitable because they do not lay eggs, by grinding them alive in macerators—another standard operating procedure that is completely legal.

Additional inhumane practices—beyond even those that the animal agriculture industries formally condone—are more commonplace than the industry admits. In every Canadian farm that they have entered, undercover investigators for the nonprofit organization Mercy for Animals exposed suffering and cruelty that is condemned by industry codes of practice. On BC’s Chilliwack Cattle Sales, Canada’s largest dairy farm, investigators filmed workers kicking and beating cows. Investigations at Maple Leaf Foods’ poultry facilities in Ontario show workers smashing turkeys’ spines and heads with metal rods and shovels. On two Alberta poultry farms, undercover footage reveals battery hens lying dead in their cages and living birds covered in feces. Federal funding for meat and dairy producers enables the pervasive mistreatment, both legal and illegal, of animals—despite these practices being in direct conflict with the moral convictions of most Canadians.

The tax money currently subsidizing animal agriculture could be used differently—or not at all. Some countries, such as New Zealand, have ended farming subsidies altogether. While some proponents say that this change has made the agricultural sector more robust and competitive, others contend that this approach does not necessarily reduce animal farming but rather exacerbates consolidation trends; lack of financial support by governments could increase the competitive advantages of large corporations to the detriment of small family farms (a process that is already happening in Canada). Canadian political advocacy group Nation Rising instead suggests redirecting subsidies to support more sustainable forms of farming. Federal subsidies could focus on plant-based food innovation, lab-grown meat, and renewable energy, while also providing meaningful support to animal farmers who choose to transition into such industries. Farm subsidies could focus on benefitting small businesses, to enable consumers to buy more foods produced by members of their own communities. A strategic redistribution of agricultural subsidy money could effectively support a large-scale shift away from animal farming and encourage a rise in local, sustainable, plant-based agriculture.

“We have the chance,” Trudeau ventured in his June address on Merit Functional Foods, “to shape our country and our world for the better.” Contributing $100 million in debt financing to expand the nation’s plant-based protein market constitutes progress, but substantial future-focused change ultimately requires diverting the billions of dollars currently funding animal agriculture to more innovative food systems. Transitioning away from animal agriculture would make our food system more ethical and resilient while diversifying our economy and decreasing animal suffering. As taxpayers, we can demand better from our federal government. We need only to put our money where our mouths are.