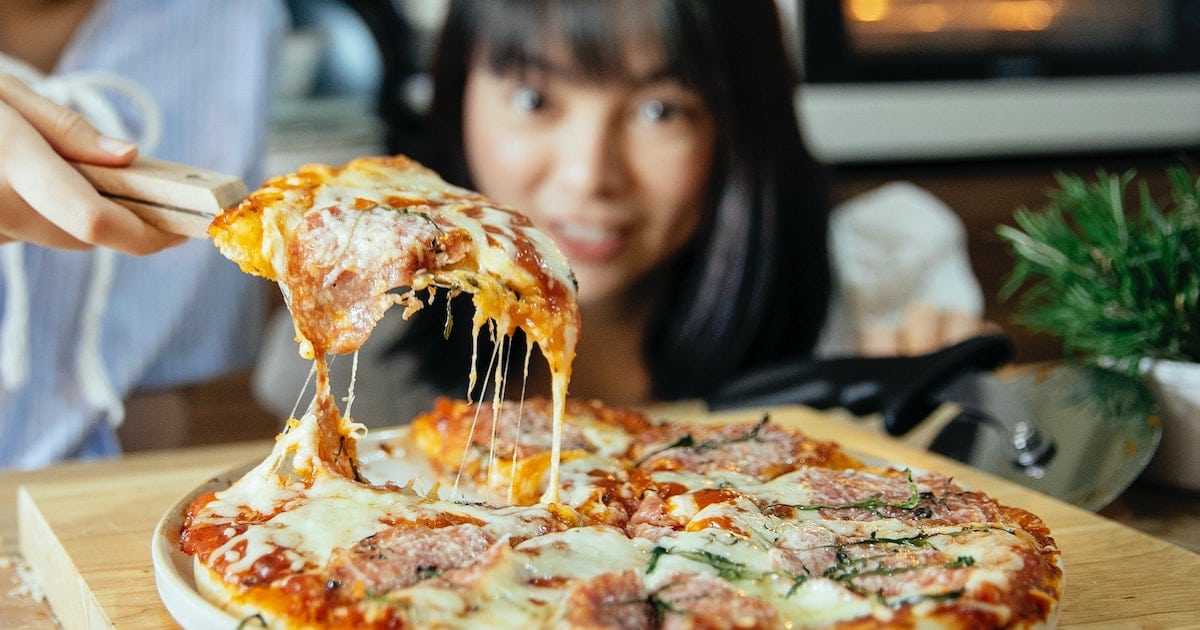 The cheese comment is often heard around tables of friends or families that include vegetarians, vegans, or other plant-based eaters. You may have seen the concerned faces when the welfare of dairy cattle and origins of veal are discussed only for the conversation to change direction with one small claim: “I could never give up cheese.” This claim often marks a change in the conversation toward discussions of pizza or pasta sauces in which cheese plays a major role, almost everyone agreeing about the deliciousness of the dairy product.

What the people taking part in this conversation may not know is that cheese addiction is real and that overconsumption of cheese can have serious consequences for personal health as well as for animal welfare.

Can You Get Addicted to Cheese?

The short answer is yes, cheese can be addictive. The founder of the Physicians Committee For Responsible Medicine goes so far as to call the product “dairy crack.”

Why Is Cheese Addictive?

When we look at what cheese really is—a congealed lump of curdled breast milk from a mother animal, most commonly a cow—we may call into question why so many of us eat it with every meal and proclaim that we can’t live without it. We crave the substance so much due to its fat content and because of the miniature dopamine hits we receive with every single bite, the part of the cheese experience that is addictive.

What Does Cheese Do to Your Brain?

Each bite of cheese is capable of triggering a miniature release of dopamine in the brain. This is due to the presence of casein in cheese.

Casein and Casomorphins in Cheese

The protein found in cheese comes from casein which, during digestion, releases casomorphins, a substance very chemically similar to opioids. These casomorphins can attach themselves to the same receptors in our brains as heroin and other narcotics resulting in a little hit of dopamine.

Other Potentially Addictive Properties of Cheese

The presence of casomorphins in cheese is not the only reason we may find it hard to put down a grilled cheese sandwich or a bowl of macaroni and cheese. Our bodies are also geared toward enjoying the high fat content of the dairy product. The methods by which cheese products are processed may also contribute to our obsession. Further adding to our bodies’ predisposition toward cheese is the presence of tyramine and phenylethylamine both of which can trigger feelings of happiness and love.

Our bodies are predisposed to enjoy foods that are high in fat. The basis for this is likely evolutionary, as eating a higher amount of fatty foods would better prepare our predecessors to survive famines and other difficult times when food was hard to come by. Our tongues contain receptors that are particularly sensitive to the taste of fat, which drives the allure of cheese and other similar products.

Researchers at the University of Michigan seeking to understand food addiction recruited roughly 500 study participants to explore the topic. They found that foods that were more highly processed were more likely to cause food addiction than unprocessed foods. This may help explain why it can be hard to eat just one slice of cheese-covered freezer pizza, the food that was viewed as most problematic by the study participants.

According to Dr. Piper Gibson, nutrition expert, cheese cravings are more likely to occur following a stressful event than other common cravings such as those for sugar or carbs, which take place when we’re already hungry. This is due to the specific chemical makeup of cheese which is capable of triggering the release of dopamine, literally making us happy. This means that, unlike most other cravings, cheese cravings are more likely to occur when we are not actually hungry, urging us to overconsume.

Is Cheese a Drug?

While cheese can be mildly addictive, it is not a drug and does not share the characteristics of street drugs. Further, cheese on its own is not dangerous to consumers in reasonable amounts.

Cheese Triggers the Same Part of the Brain as Many Drugs

Despite not being a drug, the casomorphins in cheese do interact with the same receptors in our brain as heroin and some other drugs and by doing so can elicit an increase in dopamine.

Should You Avoid Cheese?

Making the decision to break our cheese addiction can seem daunting due to the prevalence of the dairy product in a variety of cuisines from all over the world. However, there are several pressing reasons to consider breaking away from brie.

Cows are sensitive creatures that forge friendships and create complex societies within their herds. Despite this, the suffering that dairy cattle experience during their lives producing milk for our consumption can be hard to digest. The life of a dairy cow starts with separation from their mother, typically only days or even hours following birth. The calf will stomp her feet and pace back and forth as she is carted away from her mother who runs after her calling out in distress. Being a female, the calf will likely be sold to another dairy farm or be raised to join the dairy herd. Early on in her life, the calf will be vaccinated, dehorned, and have any “extra” teats cut off.

After several months of being fed milk replacement or contaminated milk, the growing calf will switch to a diet heavy in grain, which is less than ideal for her health. At around 15 months old she will be artificially inseminated by a farmer who will shove his hand up her anus and a long rod containing sperm into her cervix. This will be repeated routinely for the next several years of her life, each calf being taken from her while she mourns as her mother did and as her daughters will. At four years old, when her body can no longer produce the large amount of milk the farmer demands, she will be sold for slaughter and turned into ground beef.

The 270 million dairy cows around the world produce greenhouse gases. In fact, the 13 largest dairy companies produce as many greenhouse gases as the entire United Kingdom. In addition to the release of greenhouse gases, dairy cattle also require massive amounts of water. In fact, it takes 300 gallons of water to produce just one Starbucks frappuccino.

The idea that many of us have about dairy farms as being small, family-owned, and operated systems that provide ample pasture space for their cows couldn’t be further from the truth. The reality is that dairy farms in the United States are overwhelmingly owned by massive corporate farms that own thousands of cows and use factory farming to increase output with little regard for the welfare of employees or animals. These operations take advantage of immigrant populations that often have a difficult time communicating with management due to language barriers. In 2014, 94 percent of California’s dairy workers were Hispanic immigrants, while 92 percent of dairy workers in Vermont identified as such. The working conditions on these farms are extremely dangerous due to the large size of dairy cattle, the heavy equipment, open lagoons of manure, and a lack of adequate training for staff.

How to Break Cheese Addiction

If you do decide that you no longer want to consume cheese or want to reduce the amount you consume, there are a couple of tactics to try. A gradual reduction in cheese consumption is likely to be more effective than stopping all at once. Saying no when offered cheese on top of pasta or by opting out of cheese on sandwiches is a good first step to take. Another tactic worth trying is to opt for cheese alternatives that would allow you to consume all your favorite cheese-centric foods without the dairy.

There are a number of different alternatives for cheese that can be substituted into a vast array of dishes. Perhaps most obvious are the numerous plant-based cheese alternatives. These brands create everything from shredded cheddar alternatives to cream cheese. Most of these items can be used exactly like their dairy alternatives without sacrificing much melt or flavor. Another popular product to provide a savory, cheesy flavor is nutritional yeast which is a popular addition to plant-based pasta sauces and can be found in plenty of different recipes.

Giving up cheese may seem like an impossible step to take for many of us due to the dairy product’s unique chemical ability to trigger the release of dopamine that can help us cope with stress. This exact characteristic is what makes it so much harder for us not to overconsume cheese compared to other foods. This risk, combined with the many ethical and moral questions surrounding cheese production, is enough to make anyone question continuing to eat large amounts of cheese. By reducing the amount of cheese we eat we can positively impact the environment, reduce the suffering of animals, and prevent corporations from taking advantage of people.