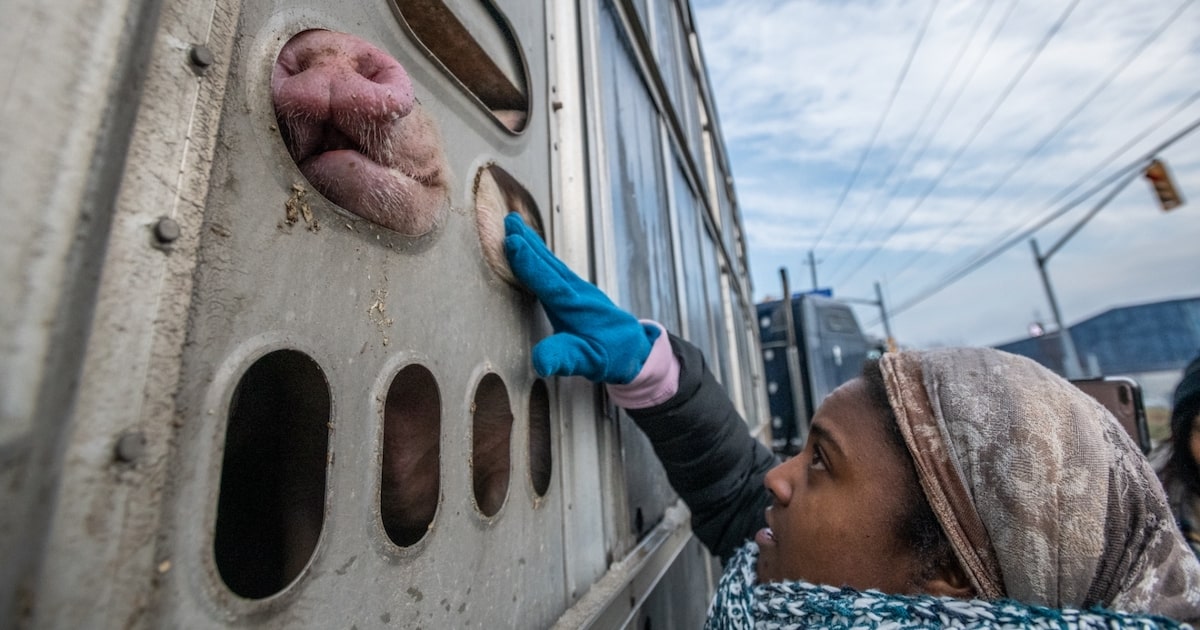 The belief that animals should be accorded some form of rights is an ancient one. In its modern form, the list of basic animal rights is becoming more concrete. For example, because animals desire to live free from suffering, confinement, and death humanity should take these relatable interests into account, and defend their right to enjoy an existence free from these cruelties.

Animal rights are sometimes put up as an oppositional concept to the more widely acknowledged and legislated idea of animal welfare. Some animal rights advocates posit that animal welfare is an insufficient idea which, in simply seeking to improve the wellbeing of animals, fails to challenge the implicit premise that animals are resources for human exploitation. Improving animal welfare means people will try (and often fail) to exploit animals more humanely, whereas establishing animal rights will result in the abandonment of animal exploitation altogether, allowing animals to live on their own terms.

However, there is room for the two perspectives to complement each other. Animal welfare demands imply that animals have a right to be free from severe violence, and therefore seed the idea that animals are distinct from automata or mere commodities. In this sense, they could provide a stepping stone towards the acceptance of full animal rights. However, animal rights campaigners suggest that there is far more work to be done.

How Many Animals Die From Animal Cruelty?

The question of how many animals die from animal cruelty largely depends on how one defines what animal cruelty is, and which animals it applies to. The Cambridge Online Dictionary defines the word “cruel” as being “extremely unkind and unpleasant and causing pain to people or animals intentionally.” Merriam Webster defines “cruel” as “disposed to inflict pain or suffering: devoid of humane feelings.”

Abusing or neglecting companion animals is the most uncontroversial type of animal cruelty. It is estimated that around 10 million animals die as a result of animal cruelty across the United States each year. Animal cruelty can be parsed into two types of abuse: cruelty by omission and cruelty by commission. The first includes instances of neglect where people do not look after their companion animal adequately, leaving them starving, dehydrated, or subject to inhumane living conditions. Cruelty by commission refers to active abuse of the animal, either using disproportionately violent punishments, torturing or maiming for sadistic pleasure, or for entertainment like dog-fighting.

There are far fewer legal protections given to farmed animals, the major recipients of animal cruelty. Common practices across the global agricultural industry, such as branding, disbudding, dehorning, de-tusking, castration, and tail-docking, all commonly administered without anesthetic, would be deemed cruel and in many cases illegal if practiced on a pet. Cruelty towards farmed animals remains unacknowledged in the USA due to Common Farming Exemptions (CFEs), which absolve farms of the need to adhere to animal welfare laws as long as they can prove a given practice is standard.

The lack of regulation on animal cruelty in factory farms, and the promotion of profit and efficiency over animal welfare, leads to 825,000 chickens being boiled alive per annum in the U.S., with the same fate befalling unknown numbers of pigs, and other struggling animals being skinned and dismembered while conscious.

A similar area where animal cruelty is rife is in animal testing, where animals undergo invasive and painful procedures in the name of cosmetic or scientific research. Cosmetic procedures and include injecting chemicals into animals, or administering them to their eyes, to observe if there is irritation. In biomedical research, animals are subjected to diseases and are genetically modified to see how their bodies react to certain contrived conditions. The scientific merits of animal testing are hotly debated, as outcomes of experiments conducted on animals are often incomparable to the results found in human testing.

Ultimately, precise data on the number of deaths from animal cruelty, particularly in the agricultural industry, is hard to obtain as such incidences are very seldom reported, and the industry is notoriously opaque.

Conscious acts of abuse against animals have been correlated with a wide range of other antisocial behaviors. Studies show that slaughterhouse employment increases the total arrest rate in a given community and increases the rates of violent crimes, rape, and other sex offenses.

Domestic violence towards animals is strongly correlated with violent crime towards vulnerable humans, including child abuse, domestic violence, and elder abuse. As abusers tend to target powerless victims, animals are an easy choice. Children perpetrating cruelty to animals is a serious red flag, as animal cruelty in children can act as a predictor for severe criminality in adulthood, and is a common thread amongst the youths of serial killers, school shooters, and rapists.

As for the demographic split, men under the age of thirty are the most typical offenders, often from poor and dysfunctional backgrounds although not exclusively, as animal cruelty is often reported across all demographics and areas.

Why Should Animal Cruelty Be Stopped?

Animals have all the necessary qualities to possess moral consideration. They are sentient beings with complex cognitive abilities. They possess strong emotions, can recognize other individual people and animals, and possess their own discrete and unique personalities. They have a range of desires including the desire for social contact and the opportunity to move up a hierarchy, desires to breed, eat, play and explore, and to avoid pain, confinement, and death.

Animal cruelty directly attacks the needs of the animal, needs we can relate to. Using violence against an animal, depriving it of food, water, or company, and forcing it into overcrowded and unsanitary living conditions are morally wrong for the same reasons why doing these to a human would be wrong: it causes the being great suffering and distress.

Why Are Animals Rights Important?

The concept of a ‘right’ is entrenched in many democracies around the world and is embedded into the charter of the United Nations. Most would agree that all people should be afforded protection for arbitrary cruelty, death, slavery, and exploitation. The concept of animal rights is so important because it leans on the established notion of rights to emphasize that the same reasons people deserve rights apply to animals too.

By stating that animals, by virtue of being sentient, have a right to live in accordance with their desires animal rights establish a universal standard of conduct that enshrine animal welfare. Once established, they would stigmatize animal cruelty and further protect animals from human exploitation.

What Are Some Examples Of Animal Rights?

Most countries have zero or minimal animal welfare regulation, although many do. Animal welfare laws, even if precariously enforced, in effect recognize a highly diluted form of animal rights by acknowledging that animals are legally distinct from inanimate objects, though failing to challenge their status as property instead of persons. This is a far cry from full recognition of rights, but it does represent some small progress.

In the U.S., the only piece of federal legislation is the 1966 Animal Welfare Act, although animals on factory farms are entirely unprotected by this law. This leads to a strange situation where ostensibly similar animals, like rats and hamsters, fall either side of the law; rats have no protection at all because of their role in animal testing, whereas hamsters are protected because they are common pets.

The line is arbitrarily drawn. Animals whose rights are convenient to acknowledge, like dogs, cats, and hamsters, get federal protection, whereas the vastly more numerous pigs, cows, chickens, and turkeys have equivalent rights to a microwave or a speck of dust. There are, however, numerous state laws which govern animal welfare, many of which aim at high welfare standards like California and Ohio, while others possess practically none at all like Kentucky.

The EU, the UK, and Hong Kong have high animal welfare requirements. China has no animal welfare laws, as do large sections of Central and South America and Africa. Yet, despite the variance in legal protections, there is no country on earth that has enshrined full animal rights, and even supposedly high welfare nations like the UK have a slew of animal abuses to their name.

As long as factory farming remains the primary mode of animal agriculture animal cruelty will be the rule rather than the exception and phrases like “humane slaughter” will perennially ring hollow.

How to Report Animal Abuse

There are numerous charities that deal with animal cruelty, yet it can also be illegal. You can contact the RSPCA in the UK to report an incident as they investigate animal cruelty cases with the police. Alternatively, call the police directly at 9-9-9. In the USA, contact your local animal control agency or, if unknown, the police at 9-1-1.

Animal cruelty is baked into societies across the globe. In part, it is an inevitable consequence of antisocial psychologies and behavior, like any other crime. Pets, like private citizens, are occasionally victimized. Yet perhaps most troubling of all is the persistent reluctance to describe the unnecessary violence of our food system as cruelty. The demand for massive animal death, enacted behind the closed doors of factory farms, leads to trillions of creatures killed each year by a huge and furtive industry that is impossible to adequately monitor or regulate.