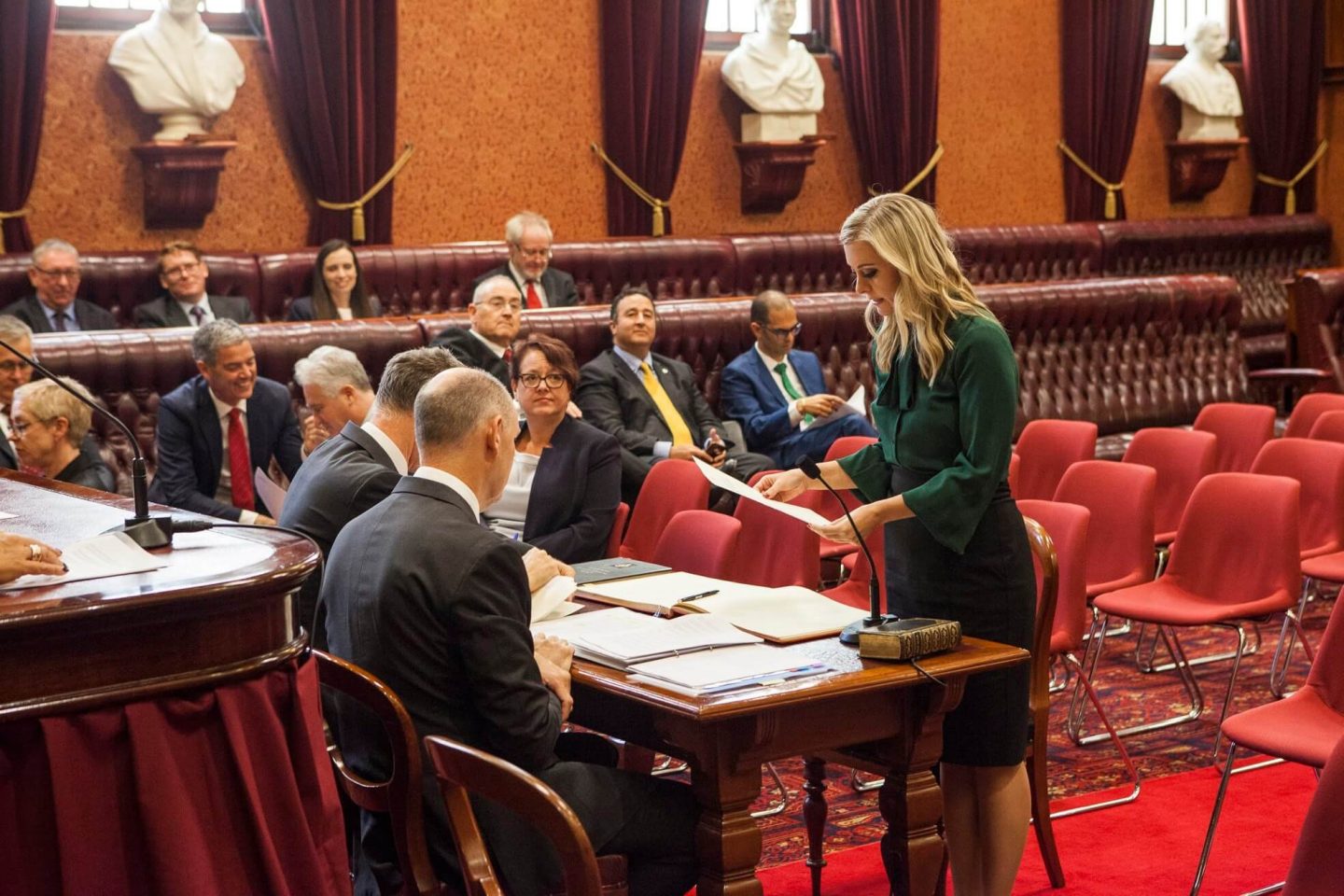 From Shepherd to Advocate: Why I Focus on Animal Suffering

Just one month after the prime minister of the third fastest growing vegan economy in the world called a nonviolent vegan protest “un-Australian,” Emma Hurst, an outspoken vegan activist and representative of the Animal Justice Party (AJP), was sworn into Australia’s New South Wales State Parliament, making her the second vegan activist elected to office in the past two years and the third since 2015.

Veganism is gaining momentum in all facets of life in Australia. The plant-based food industry there is exploding, forecasted to grow 58% by 2020. Nationwide, there are reportedly more than 2 million vegans. Veganism is especially popular among the country’s youngest voters. According to a recent survey conducted by a vegan food company, 44 percent of young people (aged 18–24) think that veganism is “cooler than smoking.” Another poll found that when asked the question, would you give up meat if it meant saving the climate, one in five young people said yes.

Vegans are not only starting to make the switch younger in Australia but for the right reasons–because they care about animals and the environment. Still, what’s true for millions of vegans is not true for the nation’s farmers, who are well represented by Australia’s current crop of Senators. As far as Prime Minister Scott Morrison and Parliament’s pro-farming majority are concerned, animals are no more than the means to a very profitable end for this Parliament.

Fighting for a more vegan Australia

According to Animal Clock, 1.8 billion animals have been killed for food in Australia so far this year–and counting. The animal agriculture industry in Australia, including the beef cattle, dairy, sheep, pig, and poultry industries, account for about half ($30 billion) of the gross value of Australian agriculture as a whole. About 70% of this value comes from slaughtered animals, the other 30% from milk, wool, and eggs.

Live animal export is also one of Australia’s largest industries. In 2018, the country exported 2.85 million living animals in cramped, cruel shipping containers. That same year, 2,400 Australian sheep died of heat stress en route from Perth to the Middle East and millions more suffered on the way to certain death.

These numbers are not to be taken lightly–by anyone, elected official or otherwise–and animal activists have certainly made noise about animal cruelty in Australia over the past few months. In early April, hundreds of animal rights activists blocked traffic in the middle of downtown Melbourne during the city’s busiest hours, part of a wave of action in three states, while others targeted abattoirs in the middle of the night to protest cruelty to animals on factory farms.

Morrison called the protests “un-Australian” and declared his unrelenting support of the country’s farmers, who he deems are under attack. “The commonwealth is open to supporting them to show these green-collared criminals that you don’t get to go and pull the rug from under our Aussie farmers,” said Morrison. He is up for re-election this Saturday, May 18.

Pivotal election for animals and the environment

This year’s election is being called the “Climate Election.” According to a recent Lowy poll, Australians overwhelmingly agree climate emergency is the nation’s number one threat. In a list of 12 threats to Australia’s national interests, two-thirds (64%) of Australians put climate change at the top—ahead of cyber attacks, terrorism, and North Korea’s nuclear program.

“In Australia, the animal agriculture industry accounts for around 11 percent of national emissions (carbon equivalent) when projecting the impacts over a 100-year timescale,” AJP member Michael Dello-Iacovo wrote in a recently published article about reducing carbon emissions through veganism. “However, when using a 20-year timescale, it accounts for 50 percent. This is because methane, while shorter-lived in the atmosphere, has a much stronger climate forcing effect. The proportion of methane in animal agriculture is much greater than in industries such as energy and transport, the amount of warming it will create over the next twenty years is significantly higher.”

According to the AJP, the Australian government is fully aware of the disastrous impacts of climate change across Australia and as it stands, elected officials are unwilling to adapt their policies to help soften the blow. Nearly 85 percent of the population that lives along the coast will be impacted by rising seas, storm surges, flooding, heatwaves, and damage to public infrastructure. Continuing to rely on animal agriculture will only accelerate these potentially deadly consequences.

“A science-based [climate change] policy considers the impacts of various activities and sets policies accordingly. It doesn’t prioritize a cattle and BBQ culture ahead of a livable climate.”

“Our agricultural yields will be diminished by natural disasters and sustained drought conditions, putting our food security at risk. Water will become more scarce and fresh-water aquifers will become contaminated by seawater. These issues will create social and political problems for future governments as our population struggles to adapt to an unforgiving and unpredictable climate,” the AJP writes on its website.

It’s also important to remember that all of these problems that “we” will face in the near future, animals will face too. During a drought last year in Western Australia, where temperatures reached 117 degrees Fahrenheit, farmers could barely afford to feed their cattle at $10,000 per truckload of hay. With all their natural food and water sources disappearing under the brutally hot sun, the animals became completely reliant on their farmers—who drove around water trucks to keep them alive.

At 104 degrees Fahrenheit, which was on the low end of the extreme temperatures recorded during Australia’s third-hottest year on record in 2018, many of the country’s native species can no longer survive. During one heat wave, piles of dead fox bats, whose brains literally fried in the extreme heat, covered Sydney.

One of the most effective ways to fight climate change is to stop eating meat. Research published in Nature found that a global shift to a predominantly plant-based diet could cut projected greenhouse gas emissions in half (56%) by 2050.

That’s why the AJP is running 60 candidates in state and federal elections this year. The party won its first seat in the Victoria State Parliament in 2018, which was its second seat ever held in a state Parliament after Mark Pearson was elected to the New South Wales Legislative Council in 2015. Hurst is now the party’s third elected official. She had this to say after being sworn in last week.

With power and grace, Hurst demonstrated perfectly how much voters care about animal rights, becoming the second AJP party member to be elected to the New South Wales State Parliament in the past two years.

The AJP has never been in a better position to win their first Senator in the Federal Parliament on Saturday, and because of the party’s astounding efforts to champion veganism and animal rights as more than just a lifestyle choice, but a hard-fought political issue, they won’t be the only ones on the ballot advocating for a more vegan Australia.

Joining the AJP is the Greens, Australia’s tenured party of environmentalists who have been working to bring an end to factory farming since 2014 when they passed the country’s first comprehensive Animal Welfare Bill. They currently have 10 Senators serving in Parliament and 185 more up for election.

We Kill More Animals Than Australia’s Fires Every Day