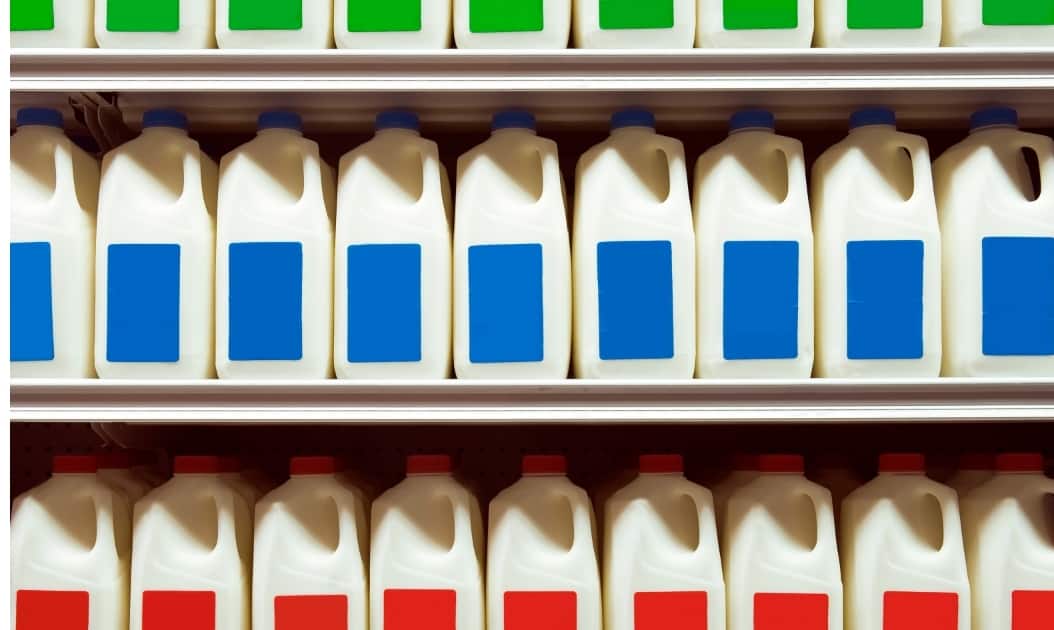 In the developed world it took a good deal of sticking each other with bayonets and battling hordes of concerned mothers to reach a place where censorship feels like a relic. Despite this, new forms of censorship have emerged, some of which are arguably justified. For example, cigarette boxes and tobacco pouches cannot be covered in branding in the UK. Instead, they are universally the grey-green of a threatening puddle, carrying anti-smoking slogans and pictures of defective lungs or open surgery. This is to dispel illusions amongst the young and impressionable that cigarettes are cool, associated with exotic miscellany like camels and coats of arms.

Some argue that cigarette companies are not the only firms trying to confuse people. In several instances in Europe and America, legislators have argued that plant-based foods are being marketed deceptively. In May, a piece of legislation called Amendment 171 failed to make it through the European Parliament. On the basis of helping confused consumers, this proposed law would have made it illegal to “exploit the reputation” of the dairy industry. It would have banned the use of words like ‘buttery’ or ‘creamy’ to described plant-based products as well as climate comparisons between plant-based and animal products. It even prevented plant-based products from using similar packaging to their animal counterparts.

I talked to Lara Pappers, the head of communications at ProVeg International, who pioneered the campaign against Amendment 171, about this tendency towards label regulation in the EU. The amendment’s failure left her feeling “very relieved, it felt like we stopped a disaster from developing.” She claimed the nature of this disaster would be twofold. The first was the amendment’s hobbling of freedom of speech, an issue she thinks everyone can get behind. “No one is in favor of censorship,” said Pappers. “Why are we censoring an entire industry? That’s an actual injustice, regardless of the argumentation of what is better and what isn’t. It’s just wrong.”

The other part of the disaster is environmental. The EU has vowed to become carbon-neutral by 2050. Pappers claimed this revealed the EU’s contradictory approach. By legislating against plant-based products, when adopting a plant-based diet is the single biggest impact an individual can have in fighting climate change and is endorsed by the EU’s own Sustainable Food Policy, they appear to be riding two horses in opposite directions. “We aren’t censoring the renewable energy sector, so why are we doing it to our food system,” he asked. “Think about the time we have all had to spend to stop this ridiculous legislation that could have actually been spent introducing ideas or data or whatever is needed to move towards more environmentally friendly policies.” According to Pappers, consumer and corporate demand for plant-based foods is erupting, only to be smothered by legislative initiatives from a conservative wing of the animal industry. “The knowledge is there, the money is there, the will is there, but policy is a bottleneck,” she said. But her insight into the rising popularity of plant-based foods is accurate: consumption of these products rose by 49 percent in Europe over the last two years alone.

The same is true of the United States, where plant-based products increased sales by 27 percent in 2020. There, similar struggles are emerging. Legislators in Texas recently tried to pass Bill 316 which would have banned plant-based products from using words like ‘beef’, ‘pork’, or ‘chicken’ even if preceded or followed by the words ‘plant-based’ or ‘vegan’. Similar laws have been tried in states as diverse as Kansas, Nebraska, Wisconsin, Maryland, and Colorado.

“It’s unfortunate that our elected officials are spending time on the imaginary crisis of people confusing veggie burgers for hamburgers,” quipped Scott Weathers, a Senior Policy Specialist at the Good Food Institute. Weathers opposes this type of legislation for his job and possesses a diverse arsenal of arguments against it. His assertion that this is an imaginary crisis is backed by evidence, including a Cornell University study that showed omitting words traditionally associated with animal products from plant-based labels was in fact more confusing to consumers. Weathers presented these legislative actions as strong-arming from a threatened meat industry, particularly from cattlemen’s associations and other producers who lack the resources to rebrand as ‘protein companies’, as the biggest meat businesses have. Weathers believes these attempts to legislate are “unconstitutional and condescending to consumers… they want to kneecap their competing industry.” His arguments have won over libertarians and liberals alike, and his vision of the future is optimistic. “We think [the plant-based foods] industry can have tremendous benefits in terms of jobs, in terms of food security, and in terms of leading the world,” he said.

If the phenomenon of label censorship is as Pappers and Weathers have described it, then it is pure cynicism; petty, infuriating, conceited. However, after reviewing the comments of Texas Bill 316, I got in touch with Judith McGeary. Judith runs the Farm and Ranch Freedom Alliance (FARFA) in central Texas, a national organization defending small farmers and ranchers and promoting regenerative agriculture. She believes that it is plausible that consumers could be confused by certain plant-based labels, citing the pictures of chickens on packages of fake meat. “Many consumers are in a rush, they do not look closely, they look for some key word,” said McGeary. “Anyone in a hurry or, by the way, doesn’t speak English well.” Cell-cultured meat she is suspicious of and skeptical of its nutritional value. “Were the choice between lab-based meat or CAFOs I’d be struggling,” she said. “Am I in the eighth circle of hell or the ninth circle?”

Despite her opposition to CAFOs and industrial agricultural, who she freely admits are involved in legislative efforts like Bill 316, she maintained the existence of a labeling problem. “The reason you use those terms [chicken, beef, pork] is to invoke the emotion, to evoke the sensation… it’s inherently misleading,” she said. When I flip the question and ask her if factory-farmed meat should be labeled as such, she agrees that they should be. McGeary claims the intensive farmers and bigger firms have Machiavellian reasons for pursuing censorship laws, but that there is a whole other group who are routinely excluded from this conversation. These are the small ranchers and farmers who feel “under attack from extremists” and that “there is an agenda to destroy us, to destroy you, the small calf operator.” These people feel maligned, fearful of a new food sector animated by an ideology that has no room for them, which wants them abolished, wants their history and traditions to sink beneath the Texas sand.

McGeary has a point. Many people, myself included, consider raising animals for meat to be unethical in itself. That said, many animal rights activists have great respect and compassion for farmers, whose expertise is invaluable. It is not in our interest to alienate farmers but to facilitate their transition into a plant-based paradigm.

There is common ground between the plant-based movement and smaller farmers. They both share a disdain for the monstrous factories that have taken over global agriculture, which keep animals in a pit of suffering and gobble up small independent farms. McGeary is open to a coalition: “There absolutely is common ground for people with all sorts of diets,” she said. It would appear the anti-factory farm movement has been hitherto divided and conquered, with plant-based companies battling smaller producers whilst behemoths like Unilever or Tyson nab everyone’s market share and waddle cheerfully to the bank.

If there must be new labeling laws to help consumer decisions, there is little doubt in which direction they should travel. Industrial agriculture is a hotbed for disease and antibiotic resistance, an environmental catastrophe, a health hazard, and manufacturer of unmitigated violence. Perhaps it is the fruit of this rotten tree that should be prevented from using bucolic scenes and smiling animals in its marketing. Perhaps it belongs in grey-green wrappers, plastered with blood-splattered aprons, sludge-soaked rivers, and the fearful eyes of pigs.