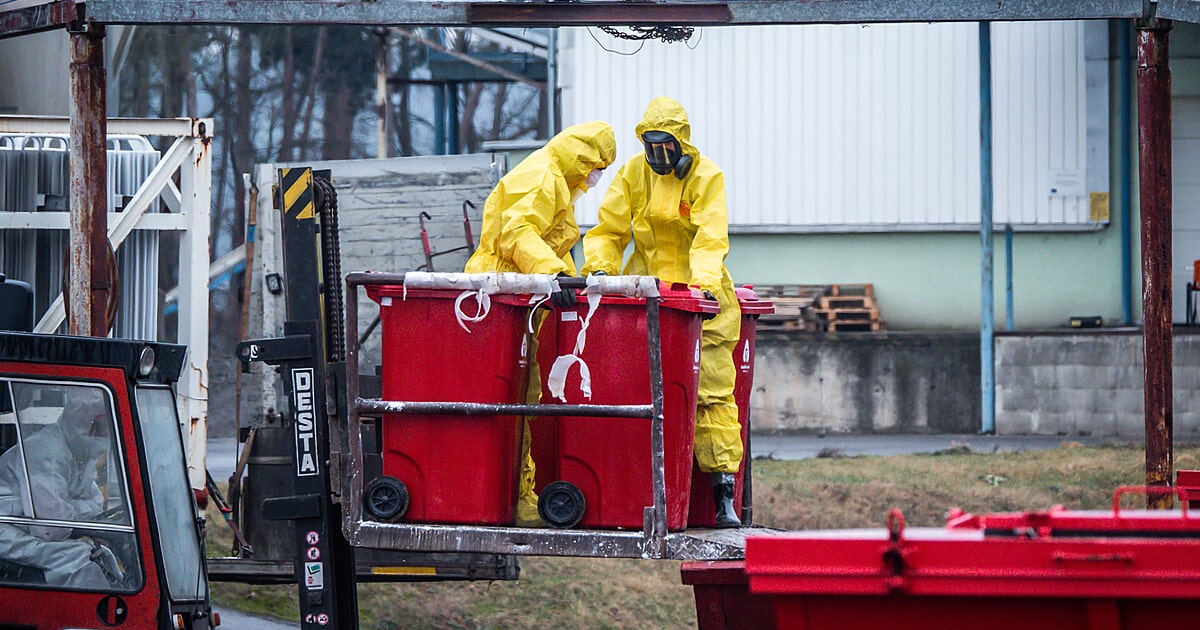 On Saturday, May 14, Pennsylvania saw its 13th flock infected with the avian flu virus. Officials confirmed that more than 83,000 birds were exposed, and experts believe the overwhelming majority will be culled as a result of the suspected infection.

The state has already lost 3.8 million birds to avian flu over the past three months, prompting calls for emergency assistance. Over the past five months, the H5N1 virus has continued to spread across the United States and around the world, breaking records set by previous strains of the disease.

Since the virus was detected in the U.S. in January of this year, over 37 million captive and wild birds across 34 states and 352 flocks have been exposed to avian flu, according to the U.S. Department of Agriculture’s (USDA) Animal and Plant Health Inspection Service. In the past five weeks alone, the virus has been linked to 128 new outbreaks in 11 other countries, including Bulgaria, Canada, Germany, Hungary, Japan, South Korea, Mexico, Netherlands, Nigeria, Poland, and United Kingdom.

Officials from the World Animal Health Information System of the World Organisation for Animal Health also note that the disease has begun to spread to “unusual hosts” like cats, dogs, tigers, gray seals, harbor seals, red foxes, and raccoons. As a result, scientists are rushing to develop an avian flu vaccine for poultry, which has long been opposed by the public health community who fear the vaccine will give rise to another more deadly virus capable of infecting large portions of the population.

Even if vaccinating poultry was a viable option, it will not prevent mass culling during a global bird flu outbreak. At best, vaccinations may prevent birds from being infected but will not stop the vaccinated birds from spreading the virus undetected.

“Vaccines can help, but are not the golden bullet,” Ron Fouchier, a virologist at Erasmus University Medical Center, tells Science. With the vaccine still in development, France, Canada, and the U.S. have been forced to cull record numbers of birds.

Farmers use a variety of different methods to cull animals, some more humane than others. But during outbreaks of bird flu, investigators say the more humane culling methods are often overlooked.

The USDA’s Animal and Plant Health Inspection Service (APHIS) has approved a number of culling methods for infected or potentially infected birds. The first method is to release mass quantities of foam—such as the foam used to fight fires—over thousands of birds to cut off their air supply. The birds eventually choke to death, as the bubbles from the foam rise above their heads and suffocate them. This method is deemed “efficient” in culling birds housed in industrial operations where thousands of birds, such as turkeys, can be crowded into cramped spaces.

However, as foam cannot rise higher than two to three feet or be used when the weather is cold, this method of culling is unable to efficiently kill chickens who are held in stacked cages and crowded crates within barns. In such cases, USDA recommends that the barns be sealed and carbon dioxide be piped into the enclosure that houses the chicken, thereby culling the birds by cutting off their air supply.

Releasing foam and piping carbon dioxide can be relatively costly and labor-intensive, so when large numbers of birds have to be killed in a timely manner, a method called ventilation shut down (VSD) has become popular. Here, the birds are packed into barns or enclosures and the air supply is shut down, causing the body temperature of the birds to rise to lethal levels.

The VSD method is often supplemented with additional heat or carbon dioxide, which is referred to as VSD+. The birds then die of heatstroke and/or a lack of oxygen. Recent studies sponsored by industrial agriculture and conducted at the University of North Carolina have shown that hens die a slow and painful death 1.5 hours after VSD, while hens exposed to VSD plus additional heat exposure and VSD plus carbon dioxide die after 54 minutes and 11.5 minutes respectively.

VSD, while considered “efficient,” goes against the American Veterinary Medical Association (AMVA) dictum that all approved culling methods be as painless and distress free as possible. Petitions to AMVA to reclassify VSD as “not recommended” filed in 2021 are still under consideration.

For now, VSD and VSD+ continue to be practiced across farms in the U.S. In April 2022, state and local prosecutors in Iowa refused to file criminal charges against Rembrandt Enterprises for suffocating its flock of 5.3 million hens via VSD, noting that the VSD method used was based on the recommendations of the USDA.

Citing the distress the animals undergo during VSD, VSD+, and foam-based killing, these methods are illegal in Europe and the U.K. Gas-based killing methods, where birds are exposed to gasses, either by filling the barns and sheds with carbon dioxide and/or piping in additional gasses such as argon to suffocate them, are preferred.

However, globally, there is no consensus among farmers or scientists as to the most efficient, cost-effective, and humane way to cull large numbers of animals quickly. In manpower-rich countries such as India, human-labor intensive methods of culling, such as wringing the neck of chickens or cervical dislocation are still practiced.

In January 2020, 35,000 ducks were tied up in sacks and burned to death in southern India as part of culling operations. The Animal Welfare Board of India has subsequently opposed the burning of live birds and has instead suggested suffocation with gasses as an alternative method of culling.