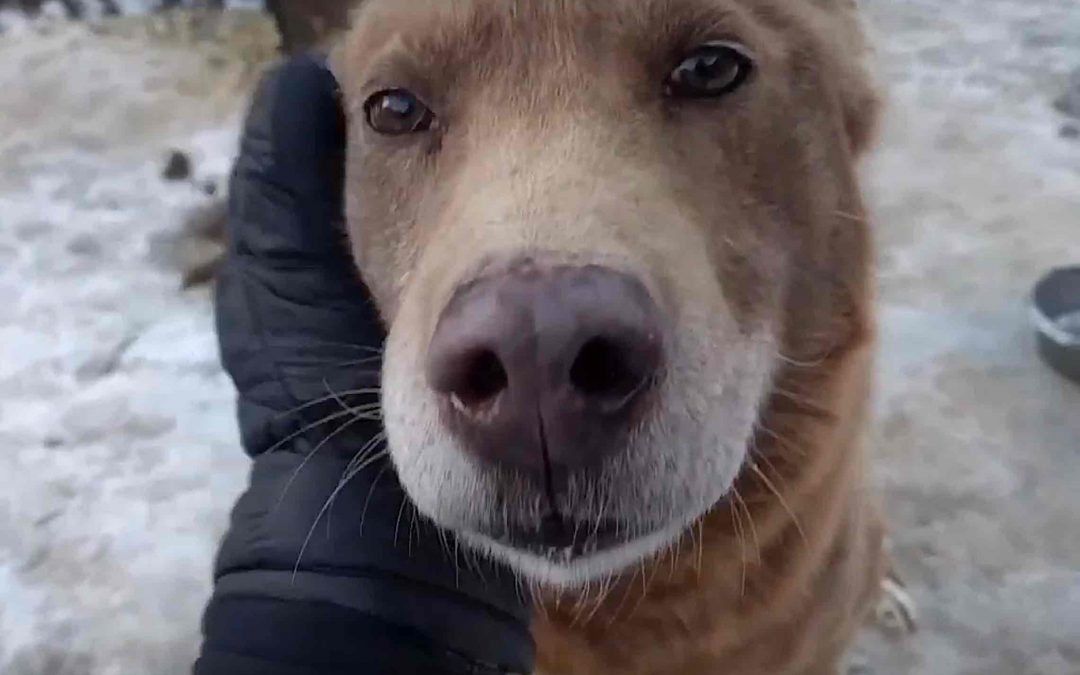 At the heart of the Canadian Rockies, hundreds of sled dogs – naturally energetic and free-spirited animals – spend their days tethered to a six-foot chain.

Since the action, Canadian media outlets have focused on three very human elements to the story: 1. the fact that activists broke the law, 2. the specific laws they broke, and 3. the number of activists arrested. The angle getting almost no media attention, until now, is the suffering dogs. In RMOToday.com’s coverage of the action, the publication chose to not include photos or videos of the suffering dogs, which activists made public on the DxE Facebook page.

To animal advocates, this was an obvious misstep. Winter is peak season for sled dogs. If there was ever a time to draw attention to the dog sledding industry, it was now. In Canada, where many people still consider dog sledding a family-friendly activity, sled dog cruelty will continue unabated, until publications focus on the problem at hand.

“In a country where over 35% of households are reported as having one or more companion dogs, local Albertan animal rights whistleblowers were revolted upon investigations of Howling Dog Tours, Mad Dogs & Englishmen, and Snowy Owl Dog Tours,” wrote DxE’s newly formed Calgary chapter in a post on Facebook following the action.

Between the three companies, all based out of Canmore, investigators discovered over 500 dogs chained to six-foot tethers for upwards of 23 hours a day during the off-season. Upon further investigation, the group repeatedly found injured and malnourished dogs with a lack of access to food or water and inadequate housing conditions.

Cruelty is well-documented in the dog sledding industry – and routinely ignored. Kennels like Mad Dogs & Englishmen, which runs dog sled tours around Alberta during the winter season, hide the cruel mistreatment of their dogs behind pictures of smiling, snow-covered huskies. The reality of the situation could not look more different. In the video, the dogs stare desperately at onlookers, longing for attention with chains around their necks. It’s the cruel, cold nature of the animal exploitation business: maximize profits, not animal welfare. Mushers routinely push dogs beyond their physical limits, oftentimes crippling them for life. When dogs no longer prove useful, they are shot.

“It’s a not an uncommon sight in the commercial dog sledding industry,” writes Scott-Reid, “piles and pits of dog bones, which activists have found in various locations across Canada.”

At kennels, sled dogs spend 95 percent of their lives tethered to a six-foot chain. This creates a completely unnatural and cruel living environment for these energetic, hyper-social animals. At the first sign of visitors, the dogs run in circles, desperately pulling at the metal poles that keep them in place. Even when activists approached the dogs, giving them back scratches and lovingly rubbing their belly, the others bark and howl in unison, crying out for someone, anyone, to set them free.