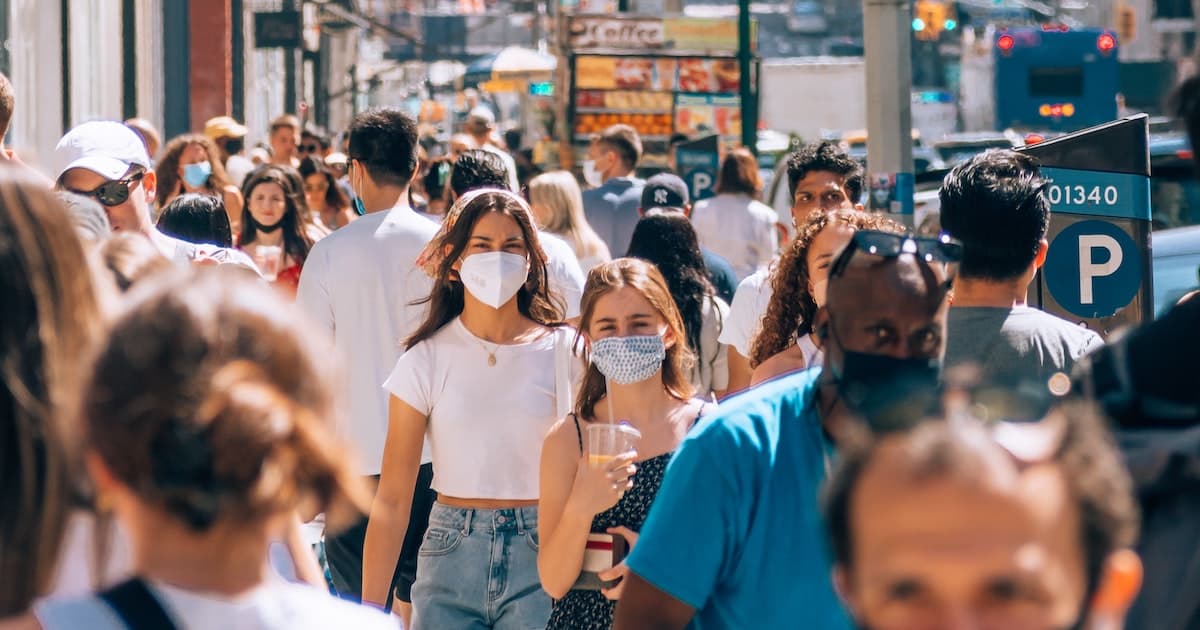 A new study finds that as climate change pushes wildlife into closer contact with humans, the risk of zoonotic disease transmission will increase, which could, in turn, give rise to the next global pandemic.

The authors of the research published April 28 in the journal Nature note that of the 10,000 types of zoonotic viruses, most are “circulating silently” in wildlife, meaning they are not currently impacting humans. But the climate crisis could change that, the scientists warn.

“Climate and land use change will produce novel opportunities for viral sharing among previously geographically-isolated species of wildlife,” according to the report. Changing habitats will push animals into contact with humans and other species they do not closely interact with and may have never encountered before, presenting new opportunities to spread viruses.

“We worry about markets because bringing unhealthy animals together in unnatural combinations creates opportunities for this stepwise process of emergence,” lead author Colin Carlson of Georgetown University Medical Center tells the Hill. “But markets aren’t special anymore. In a changing climate, that kind of process will be the reality in nature just about everywhere.”

Past research has pointed to bats as the top carriers of viruses considered dangerous to humans, but ecologist Peter Daszak of EcoHealth Alliance, a group that took part in the new study, cautions against thinking that the transmission of zoonotic diseases cannot be prevented. “These viruses will only emerge in people if we continue encroaching into bat habitat, hunting and eating them, and otherwise making contact with them,” Daszak told Science in 2017.

A growing body of research shows how important it is for humans to avoid unnecessary contact with wild species, as the climate crisis will likely make zoonotic diseases harder to avoid. For example, a 2020 study found that as large mammals vanish due to a changing climate as well as hunting and other threats, populations of smaller animals like rodents–who often carry transmissible disease and thrive in close environments with humans–are exploding.

Tracking and preventing the rapid spread of new diseases will also become increasingly difficult, according to a study pushed in January 2022. The authors found that climate change may alter “the conditions for pathogens and vectors of zoonotic diseases,” citing “the increasing spread of the West Nile and Usutu viruses and the establishment of new vector species, such as specific mosquito and tick species” as examples.

The Harvard T.H. Chan School of Public Health states that many of climate change’s “root causes” also increase our risk of pandemics, including deforestation. Deforestation is the “largest cause of habitat loss worldwide” and can force animals to leave their homes and migrate to new areas, where they may spread germs to humans and other species. The Harvard school notes that deforestation is largely linked to agriculture, but the industry is also the source of a number of other potentially catastrophic public health risks.

Some medical experts are already documenting climate change’s impacts on individual health, including what they believe to be climate change-related cases of allergies, asthma, and diabetes. New research shows that diabetic patients may even see their conditions worsen as temperatures continue to rise.

According to a 2017 report released by the Medical Society Consortium on Climate and Health, one in three Americans were aware that people in the country were already being impacted by climate change. This month, Dr. Colin Nackerman of the Consortium warned, “Climate change is one of the biggest public health crises of our time.”

The Climate Crisis Is Worse Than You Can Imagine. Here’s What Happens If You Try.