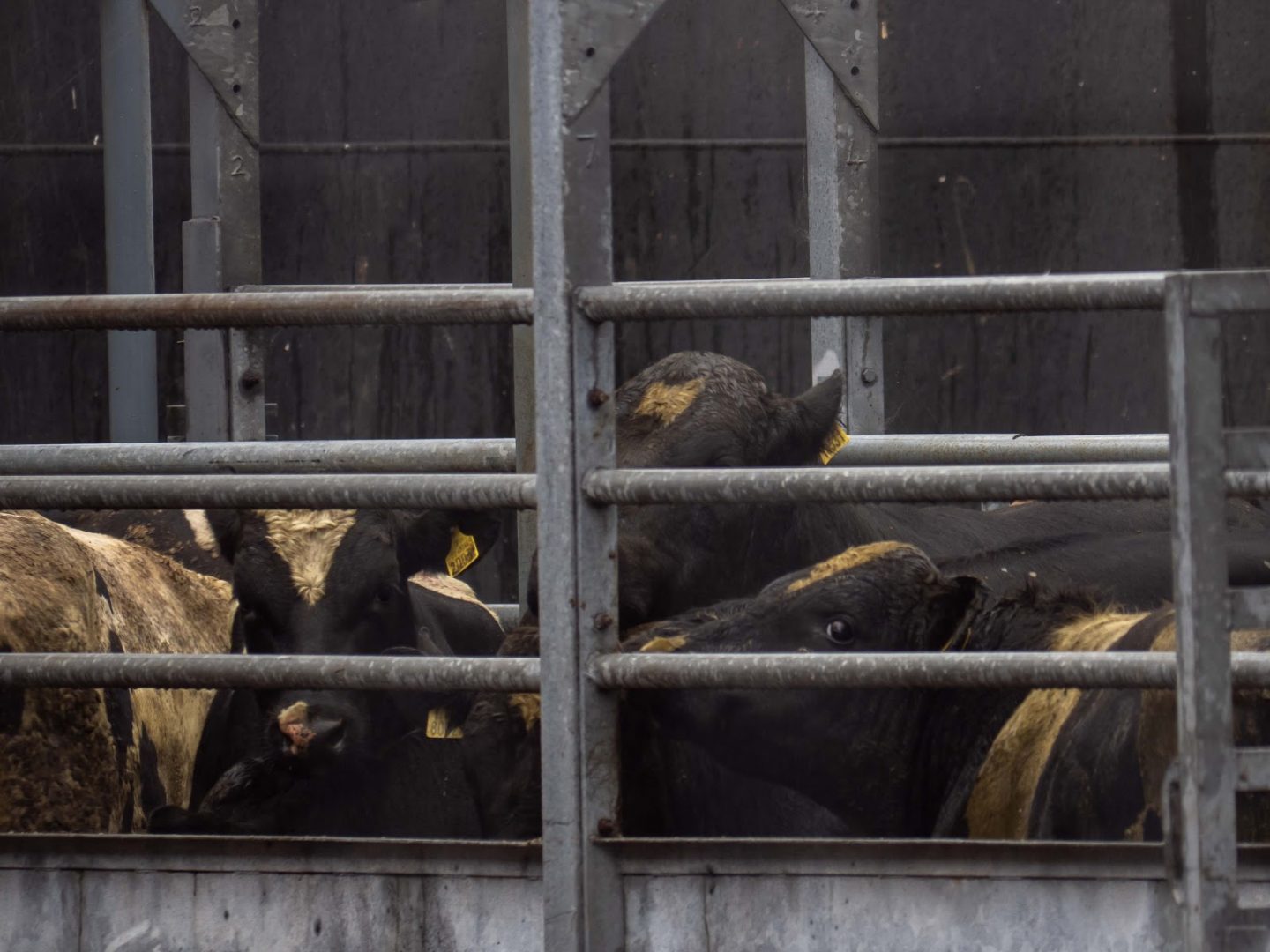 Going Beyond the Cow: Beyond Meat’s New Commercial Asks Us to Rethink the Way We Eat

Nongovernmental organizations (NGOs) have accused the European Commission of “gross cynicism” and questioned its refusal to ban the export of live animals to war-torn Libya, thousands of which come from Ireland.

Last week, Ireland’s fourth shipment this year left the southern Irish port of Cork, headed for the Libyan port of Misratah, with about 2,000 bulls on board.

The shipment puts the total number of Irish animals exported to Libya this year at about 7,600. In 2019, according to emailed data from Ireland’s Department of Food, Agriculture and the Marine (DAFM), cattle exports to Libya totaled 13,122 animals.

Two of the companies known to ship cattle from Ireland to Libya are Purcell Brothers and Curzon Livestock. Neither responded to calls, texts, or emails asking for comment. No comment was provided either by the European Commission.

In May this year, a letter from over 30 welfare organizations to EU Agriculture Commissioner, Janusz Wojciechowski, and EU Health and Food Safety Commissioner, Stella Kyriakides, called for a ban on animal exports to Libya. Commissioner Kyriakides is charged with enforcing animal welfare laws.

Libya has been in chaos since 2011. The NGO letter argues that animals in Libya risk missile fire, the potential use of chemical weapons, and the possibility of COVID-19-related quarantines at anchorage, potentially adding an extra 14 days to any journey. From Ireland, livestock ships take about nine days to reach Libya. The animals’ eventual slaughter, the letter said, likely entails “extreme and prolonged pain and fear.”

The Commission’s response to the NGOs, which came in a letter last week, has sparked outrage. “The Commission’s reply is a disgrace,” says Compassion in World Farming lawyer, Peter Stevenson. The letter, he said, shows “gross cynicism” and is surprising and disappointing given Commissioner Kyriakides’ “personal commitment to animal welfare.”

“Her letter says exports to Libya are taking place in a context of private operations and that the Commission cannot prevent such operations as long as they are carried out in accordance with EU legislation. With respect to the Commissioner, this is nonsense,” Stevenson said.

“One of the key roles of the Commission and the EU member states is to regulate what private operators do, either through legislation or policy frameworks,” Stevenson said. Sending animals on long sea journeys to a war zone is “clearly at odds” with Article 13 of the Treaty of the Functioning of the European Union which stipulates the Commission and member states pay full regard to animal welfare, he said.

Records from three previous Irish shipments this year show animals have died en route to Libya. In May, during a shipment by Purcell Brothers onboard the Atlantic M, four animals died, with the ship’s records showing the cause of death as “(POOR AND SKINNY) PNEUMONIA [sic].” The ships’ records were obtained under the Freedom of Information Act.

In March, during a shipment by Curzon Livestock on the Sarah M (also known as the Sarah), animals began to die mid-voyage due to a “respiratory problem.” Six died in total. During a January shipment, again by Curzon Livestock on the Sarah M, one animal died from a respiratory problem. Records indicate the bull was sick from the start of the journey. Sick animals are not supposed to travel.

Asked about the deaths, Stevenson said it was likely “many more animals may well have suffered from respiratory disease even though they did not die. Respiratory problems are likely to arise from poor conditions on board ship—a combination of high ammonia levels and inadequate ventilation.”

“It is disheartening to see that for the sake of profit, EU member states continue to send animals to war zones and the European Commission feels that they cannot put an end to this cruel trade,” says Olga Kikou, Head of Compassion in World Farming EU. “What is taking place in regions of conflict, such as Libya, constitutes systematic and continued cruelty against EU farmed animals. These are not some unfortunate events, they are not the exception but, rather, the rule.”

Caroline Rowley, founder of Irish welfare organization Ethical Farming Ireland, voiced similar skepticism about the Commission’s reply. “It’s not possible for the Commissioner to claim that live export to Libya is ‘carried out in accordance with EU legislation’ because, for one thing, as soon as cattle are unloaded at the port [in Libya], nobody knows what happens to them.”

Rowley said she saw irony too in the Commission’s reply, coming as it does in the run-up to a European Parliamentary inquiry into the “alleged failure of the Commission to act upon the evidence of serious and systematic infringements” of EU animal welfare regulations during transport “across the Union and to third countries.” The inquiry was launched this summer and begins work in September.

Rowley pointed as well to issues with one of the livestock ships used by Ireland. “There are questions hanging over the Sarah M because it is approved by two EU member states, Romania and Ireland, when it should only be approved by one.”

Asked about the deaths during the voyage to Libya, DAFM said: “The Department has a continuous and strong interest in the welfare of animals and engages with the livestock industries with the objective of improving animal health and welfare and thus reducing the mortality rate of animals. Whilst some deaths do unfortunately occur during transport, the mortality rate across the three shipments you mention was 0.19 percent, which is significantly less than the comparable cohort that remains on [the] farm.”

The DAFM added that the “export of animals is a critical part of Ireland’s livestock industry … [and] … plays a significant role in stimulating price competition and providing an alternative market outlet for farmers.”

“The EU must realize that unless to stop such immense animal suffering, we cannot be calling ourselves leaders in animal welfare,” says Kikou.