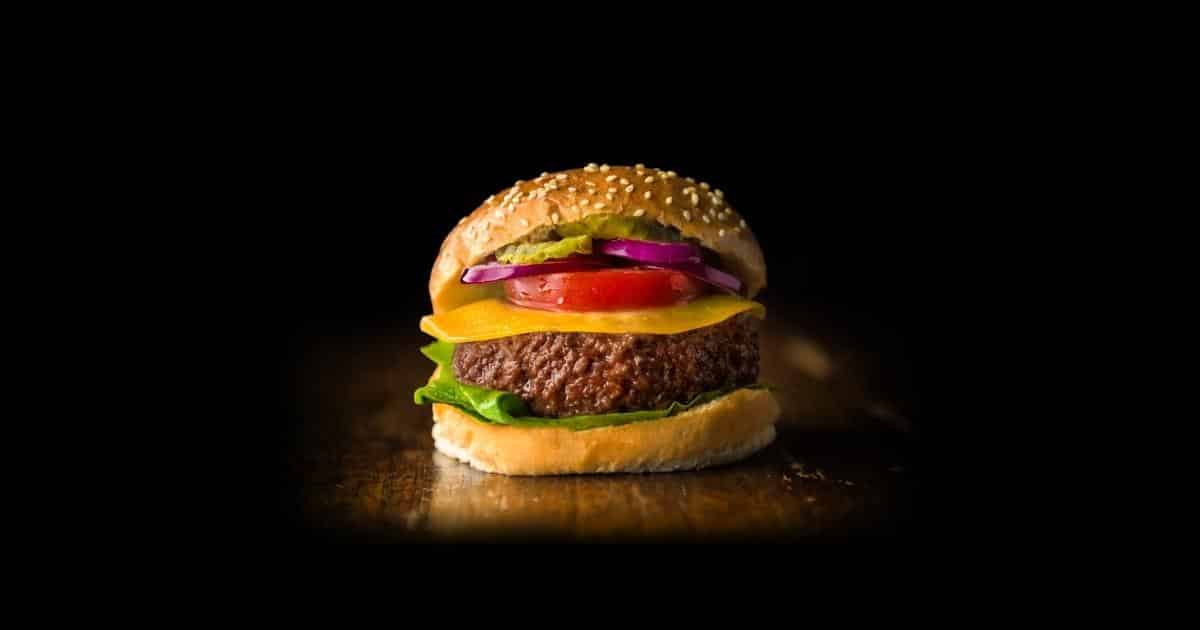 The idea of lab-grown, cell-based, cultured meats may seem confusing, so we’re here to answer some common questions. Since the first burger grown in a lab was eaten in 2013, the industry has experienced massive growth and a lot of technological advances. Soon lab-grown meats are likely to be found on grocery store shelves in your area.

What Is Lab-Grown Meat?

Lab-grown meat, or cultured meat, is like the meat sourced from animals raised on factory farms in that it is made up of real animal cells. The difference is that whereas the meat cells sourced directly from animal bodies are grown in a process that has massive negative environmental and animal welfare consequences, lab-grown meat cells mature and grow in a laboratory with much smaller animal welfare and environmental impacts.

The first burger made from beef that was grown in a lab was prepared by chef Richard McGeown and consumed by food critics Hanni Ruetzler and Josh Schonwald in London in 2013. The burger was the result of two years and $325,000 worth of research, development, and innovation. Since the tasting of that initial sandwich, startups and established food companies have been hard at work to reduce production time and costs and make lab-grown burgers and other meats more readily available for the everyday consumer. Due to the work being done in the area of lab-grown meat, today a lab-grown burger can cost as little as $9.80.

Is Lab-Grown Meat Available Yet?

Singapore was the first nation to approve the sale of lab-grown meat when they did so in September 2020, and lab-grown chicken is already on the market there. Companies in the United States and Israel are both ready to start rolling lab-grown meat onto grocery store shelves as soon as they get approval from their respective governing bodies.

Lab-grown meat does not necessitate the killing of an animal. Instead, cells are extracted from living animals and then grown in a lab. However, some lab-grown meats marked halal or kosher may be grown from an animal that was slaughtered according to those laws.

What Is Lab-Grown Meat Made Out Of?

How Is Lab-Grown Meat Made?

Lab-grown meat typically starts with the extraction of cells from a living animal. This process causes only a momentary discomfort for the animal. Those cells are then placed into a concoction of different nutrients where they multiply and create the sinews of real meat. Production facility staff are then able to use this tissue to make a variety of different meat cuts.

The cells that are used in the production of lab-grown meat are called stem cells—these are cells that can self-renew and differentiate into more specialized types of cells. Specific stem cells are selected based on the desired product. For example, liver cells would be needed to produce foie gras.

For many years lab-grown meat companies have relied on fetal bovine serum, which is extracted from pregnant cows at slaughter, as a growth medium for their products. Earlier this year, however, Mosa Meat revealed that they had eliminated this substance from their production process.

Scaffolding is the structure that the lab-grown cells grow onto and around in order to produce the “cuts” of meat with which we’re familiar. Scaffolds can be natural, synthetic, or composite. Natural scaffolding includes cellulose, silk, gelatin, and alginate from algae. One example of a synthetic scaffold is polyethylene glycol.

Why Is Lab-Grown Meat Bad?

Lab-grown meat may seem suspicious to many consumers, vegan and nonvegan alike. After all, it is meat that is produced using cells taken from an animal and then cultivated in a production facility, an understandably alarming and extremely new technology that is perhaps even off-putting. Yet the reality is that lab-grown meat is the same thing as meat originating from factory farms but with reduced negative impacts on the environment and animal welfare.

Why Is Lab-Grown Meat Good?

Lab-grown meat stands to significantly reduce the environmental impact of the agricultural sector. This is because cultivating meat reduces the need for the time and resources used to raise and slaughter animals. In a cultivated meat supply chain, land would not need to be cleared to grow food and cattle would not be releasing methane by the ton. While cultivated meat would have its own energy requirements and still create greenhouse gas emissions, it would also be more possible to power using renewable energy than conventional meat production. Another impressive benefit to lab-grown meat is that millions of animal lives could be spared, as the new product does not require that animals die for the production of meat.

Is Meat Grown in a Lab Healthy?

Though the word “artificial” frequently accompanies discussion on lab-grown meat, the truth is that the cells that are grown are the same as the ones that animals produce. The fact that lab-grown meat is produced using a facility similar to a brewery instead of a factory farm is the only real difference between it and animal-derived meat products. Well, that and the environmental benefits of lab-grown meat, that is.

Could Lab-Grown Meat Save the Planet?

Saving the planet is going to require a greater effort than simply turning to lab-grown beef instead of animal-derived steak. However, shifting toward lab-grown meat and away from factory farms does stand to have a profound impact on the environment by reducing some of the considerable negative influence of animal agriculture.

Lab-grown meat is not without ethical considerations. Researching the companies that are using plant-based scaffoldings and have stopped using fetal bovine serum will help ensure that any lab-grown meat you try comes with the highest ethical standards. Be aware that some types of scaffolding used in production, such as gelatin, are still derived from animals, while other companies still use fetal bovine serum, which is taken from a pregnant cow during slaughter, as a growth serum.

The United States Department of Agriculture (USDA) and the Food and Drug Administration (FDA) will govern the various products as they begin to roll out. The USDA’s interest in lab-grown meat is evident from their creation and funding of the National Institute for Cellular Agriculture in conjunction with Tufts University.

One facet of lab-grown meat worth considering is whether or not it would be considered halal or kosher. There has been much debate surrounding this topic, with one solution being that taking the stem cells from an animal that has been slaughtered according to religious practice would make the resulting lab-grown meat allowable as well. This approach does demand the death of the original animal but also spares thousands of others from a similar fate.

The challenge facing cell-based agriculture companies is reaching price parity with competitors raising animals on factory farms. Since the first burger was produced for over $350,000 in 2013, the industry has progressed by leaps and bounds, with the present estimated cost of a burger hovering just under $10 and dropping as companies continue to innovate.

Though still a new product undergoing research and development, lab-grown meat is likely safe to consume assuming it is eaten responsibly and is not over-consumed in the same manner that animal-derived meats often are. This is because lab-grown products are essentially the same thing and could lead to similar health impacts. One way in which lab-grown meat is safer by far than animal-derived options is that they are produced in a controlled environment much less likely to spread disease than on factory farms.

While omitting meat from one’s diet altogether may still be the best option for the planet and the animals, choosing to consume lab-grown meat as a replacement for animal-derived meats reduces the environmental impact of one’s diet while also not requiring that millions of animals suffer on factory farms.

As lab-grown meat continues to move toward price parity with animal-derived meats, it’s likely to enjoy an increased market share. This is especially true given the growing demand for sustainable and environmentally friendly and responsible products. On this front, there is no contest, with lab-grown meat being far more environmentally friendly than traditional animal products.

How Will Lab-Grown Meat Be Regulated?

The regulation of lab-grown meat in the United States will be a shared responsibility between the USDA and Food and Drug Administration (FDA) per a 2019 agreement to that effect. The FDA will govern the collection of stem cells, the management of cell banks, and the steps that turn cells into tissue, and the USDA will oversee the processing of the tissue into meat and its labeling for retail.

How Much Does Lab-Grown Meat Cost?

According to recent estimates, a lab-grown burger would cost around $9.80. While this is still higher than animal-derived options, due to the innovation and hard work of those within the industry the price is likely to continue to drop as production increases.

There are a number of companies working within the lab-grown meat industry. Some of the prominent ones include:

The major challenges facing lab-grown meat are fetal bovine serum and the time and money needed to develop cell lines. A variety of companies have announced that they have found alternative growth serums to fetal bovine serum meaning that the slaughter of pregnant cows will no longer be needed to produce lab-grown meat. Cell lines present a different type of challenge, as many startups lack access to them, limiting the innovations and advances they are able to make. Thankfully the future is bright and likely includes greater access to a wide variety of cell lines.

Lab-grown meat can be a daunting prospect for many of us. One of the best things that you can do is to conduct your own research to better understand what lab-grown meat is and the benefits it has over traditional animal-derived meat products. A good place to start learning about, and supporting, cell-based agriculture is the Good Food Institute.