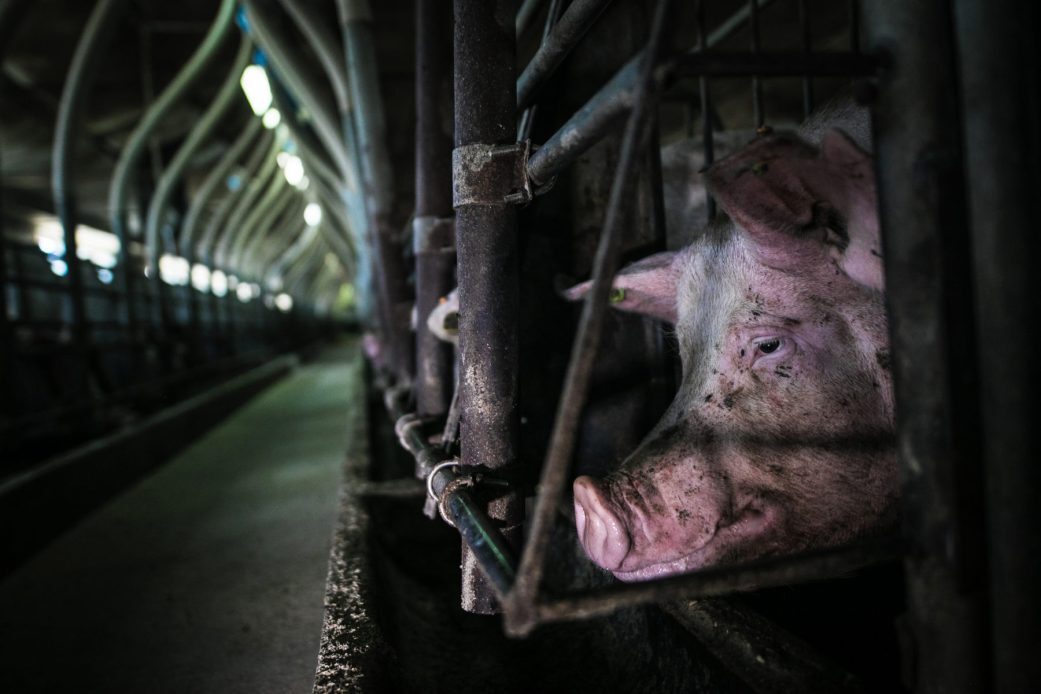 Why Is Palm Oil Such a Problem Now?

Since the start of April, many of the world’s biggest meat processing companies—JBS USA, Tyson Foods, Smithfield Foods, and Cargill—shut down over 20 slaughterhouses and packing facilities across the U.S. and Canada, in response to the growing numbers of staff infected with COVID-19. While producers pushed to keep slaughter lines running, these facilities became hotbeds for the virus. In Canada, one Alberta Cargill plant is now responsible for the biggest outbreak in the country, with one in four cases of the virus in the province linked to the facility.

Subsequently, meat plant closures are interrupting supply chains, leaving many farmers with too many animals that they are now killing, or will soon kill, en masse. One report by the Des Moines Register on the closures quotes U.S. Sen. Chuck Grassley, who estimates that the country’s pork industry has about 100,000 pigs who should be sent to slaughter each day but now have nowhere to go. “Apply that over 10 days, and with a million pigs, you’ve got a big problem.”

The Guardian reports that at least two million animals have already reportedly been killed on farms in the U.S., “and that number is expected to rise.”

Similarly, due to closures of restaurants, hotels, and schools, dairy and egg producers are also seeing interruptions in their supply chains. As a result, dairy producers are dumping milk, and chicken producers are trashing eggs across the U.S. and Canada. One recent New York Times article called the amount of waste “staggering.” The article cites Dairy Farmers of America, estimating as much as 3.7 million gallons of milk being dumped by farmers each day. And, “a single chicken processor is smashing 750,000 unhatched eggs every week.”

Other media reports throughout April described producers gassing pigs and chickens and aborting piglets. A recent report by Reuters details how Iowa farmer Al Van Beek had nowhere to ship his pigs in order to make room for the 7,500 piglets he was expecting from his breeder sows. “He ordered his employees to give injections to the pregnant sows, one by one, that would cause them to abort their baby pigs.”

According to the American Veterinary Medical Association, “ventilation shutdown involves closing up the house [barn/ shed], shutting inlets, and turning off the fans. Body heat from the herd raises the temperature in the house until animals die from hyperthermia. Numerous variables may make the time to death of 100% of animals in the barn subject to a range of times.” The plus included by the National Pork Board means adding carbon dioxide and/or simply turning up the heat.

This week, President Donald Trump signed an executive order, forcing U.S. slaughterhouses to remain open, deeming meat production “critical” despite concerns for worker safety. There are, however, questions about the capabilities of the order, and it is yet to be seen how it may be enacted.

No such order has been made in Canada, and so culling of farmed animals has begun, along with the dumping of milk and dairy. One farmer on Prince Edward Island reportedly killed 270 pigs last week, disposing of their bodies in a landfill. According to a tweet by Alberta Pork: “Some reports suggest more than 90,000 #pigs are likely to be disposed of by #farmers.”

Dr. Sylvain Charlebois, professor of food distribution and policy at Dalhousie University, puts estimates of dumped dairy at “anywhere between 50 to 160 million litres, across Canada.”

For the animals, this is a no-win situation, as they would have been exploited and killed one way or another. The waste of animal products, money, and other resources, as well as the unnecessary strain on the environment, only add insult to injury. What this unique situation especially illuminates though, is the glaring fragility and unsustainability of our current food system, as well as the lack of forethought, care, and compassion for those animals bound to be food.

Suffocating Healthy Farmed Animals During Pandemic Is Not “Euthanasia”