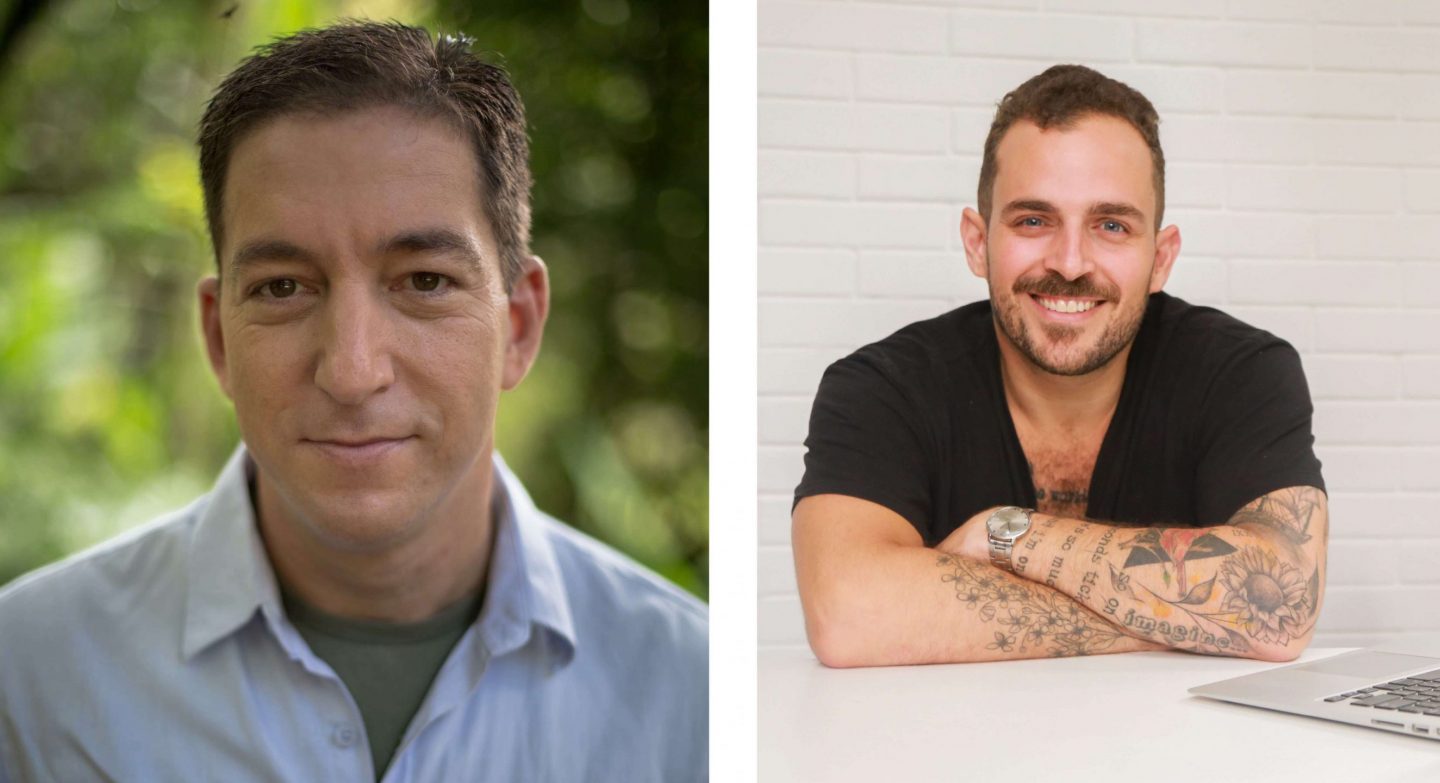 Book Review: Persimmon Takes on the World by Christopher Locke

Every week, Glenn and Grant will sit down together in Rio de Janeiro to unpack the biggest issues in animal rights—factory farming, food politics, animal advocacy, veganism, and much more. We can’t wait to hear what they have to say for the future of the movement.

We believe animals need protectors. The food system needs to change, and everyone needs to hear about it.

Filming will start in January with the first episode set to air the first week of March. We can’t wait! And we know you can’t either. Read more about the hosts of Sentient Media’s first video series.

Glenn Greenwald
Glenn Greenwald is a journalist, constitutional lawyer, and author of four New York Times best-selling books on politics and law. He is a co-founding editor at The Intercept, and his column has been featured in the Guardian and Salon. In 2014, the reporting he led for the Guardian about Edward Snowden won the Pulitzer Prize for public service. He is an icon for the animal rights movements. He lives in Rio de Janeiro with his husband, two sons, and 24 rescue dogs. He is also the founder of Abrigo Hope, a shelter for street dogs that is fully staffed and run by the homeless.

Grant Lingel
Grant Lingel is a writer, digital marketing consultant, and advisor for Sentient Media. He is the CEO and Co-Founder of Neil Patel Digital Latin America. A passionate traveler, he is proud to have lived in New York City, California, Mexico, Guatemala, Tanzania, and now Vitória, Brazil with his wife, son, and 3 rescue dogs. He is an avid animal advocate and has been meat-free since 1996.

Sign up below for our newsletter Sentient Today for updates about the series while it’s being made! See you in March.