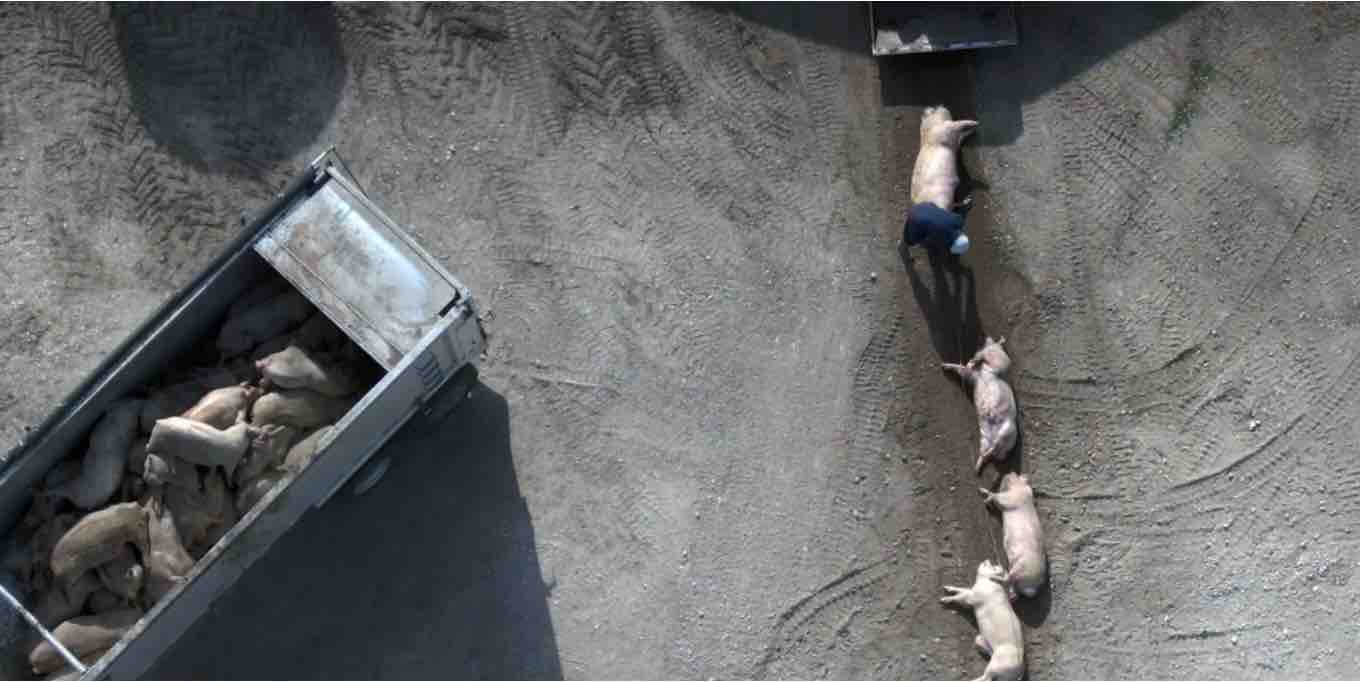 Iowa’s largest pork producer, Iowa Select Farms, has been using a cruel and excruciating method to kill thousands of pigs who have become commercially worthless due to the coronavirus pandemic.

As is true for so much of what the agricultural industry does, the company’s gruesome extermination of sentient animals who are emotionally complex and intelligent has been conducted entirely out of public view.

But The Intercept, as the result of an investigation by animal rights group Direct Action Everywhere, or DxE, has obtained video footage of the procedure and the resulting carnage that occurred at one of the company’s facilities in mid-May. Additionally, a whistleblower employed by Iowa Select has provided extensive details to The Intercept about the extraordinary methods now being employed to kill pigs—agonizingly and over the course of many hours—in increasingly large numbers.

What prompted both the DxE investigation and the whistleblower to come forward is Iowa Select’s recent adoption of the mass-extermination method known as “ventilation shutdown,” or VSD. Under this method, pigs are being “depopulated,” using the industry’s jargon, by sealing off all airways to their barns and inserting steam into them, intensifying the heat and humidity inside and leaving them to die overnight. Most pigs—though not all—die after hours of suffering from a combination of being suffocated and roasted to death. The recordings obtained by The Intercept include audio of the piercing cries of pigs as they succumb. The recordings also show that some pigs manage to survive the ordeal—but, on the morning after, Iowa Select dispatches armed workers to enter the barn to survey the mound of pig corpses for any lingering signs of life, and then use their bolt guns to extinguish any survivors.

Read the full story at theintercept.com

Chilling Footage From Inside a Canadian Pig Farm