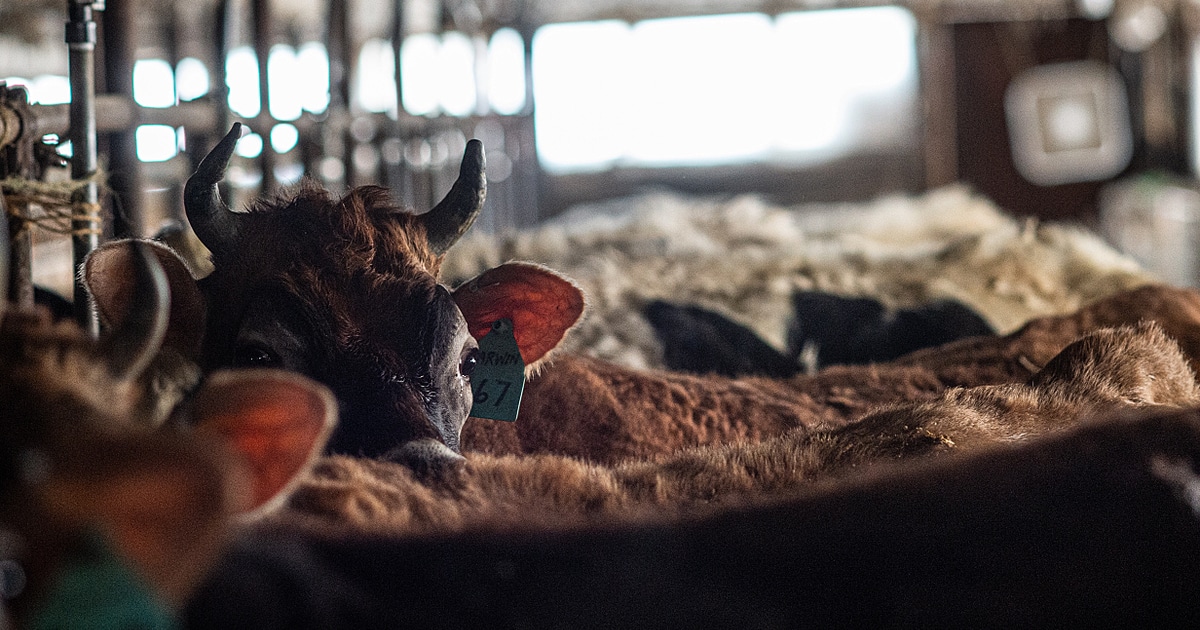 According to The Associated Press (AP) Stylebook—the go-to style guide for most journalists in the U.S.—when referring to animals in the media, it advises: “Don’t apply a personal pronoun to an animal unless its sex has been established or the animal has a name.”

A named companion dog, for example, can be referred to as he/she/they in the media, while any unnamed animal becomes a mere it. This use of it to refer to unnamed animals in the media may seem somewhat trivial in the broader scope of their suffering today, however, that one small word holds much power. It permeates far beyond the pages of newspapers and websites, feeding a culture and legal system that allows for animals—especially unnamed farmed animals—to be positioned and treated as unfeeling and un-suffering objects.

Last year, a group of over 80 animal advocates, including Dr. Jane Goodall, signed a joint letter requesting the editors of The AP Stylebook update their guidance so that animals of all kinds can be referred to in media as “she/her/hers and he/him/his when their sex is known, regardless of species, and the gender-neutral they, or he/she, or his/hers when their sex is unknown.” The letter opens with:

In the 1960s, world-renowned ethologist and conservationist Dr. Jane Goodall submitted her first scientific paper on chimpanzees that was promptly returned to her to be edited. Every place she had written he or she to describe a chimpanzee had been replaced with it, and every who had been replaced with which. Goodall refused to budge and won a small battle for nonhuman animals back then, but decades later we’re still waiting for respected style guides like The Associated Press Stylebook to catch up on the relative pronouns used to describe them.

Over half a century later, this fight to cease the objectification of animals in the media continues. The problem goes way beyond their pronouns.

“Mass media provide a curriculum, a way of learning about ourselves and the world around us,” explains Animals and Media, an organization made up of university professors and activists. “Advertising, news, cinema, television programs, and the Web are carriers of deliberately constructed messages that use animals and their images in ways that directly and indirectly impact animal and human lives.”

News coverage of farmed animals typically works to reinforce “the status quo agribusiness view of them as bodies, not beings,” the group continues, objectifying them discursively through commodification, failure to acknowledge their emotional perspectives, and failure to describe them as inherently valuable individuals. “While the news sometimes addresses farmed animal welfare, discussions of whether it is right for us to breed, use, kill, and eat them are rare.”

The topic of barn fires in particular offers a prime example of this theory in action. Typically, when a barn housing animals burns, subsequent news coverage focuses not on the horrific suffocating or burning alive of animals, but rather on the farm owners, who are “devastated” about the monetary damage and loss of property.

On the other hand, when looking through news reports about kennel fires that result in the death of companion animals, particularly dogs, those stories often include details such as the cause of death, emotional reactions of animal owners regarding the loss of their companions, and even calls for legal actions and policy change. In reports about stable fires that result in the death of racehorses—named and beloved—similar trends are often observed.

Yet, media reports on barn fires rarely if ever include any details about the widespread outcry from farmed animal advocates calling for investigations and policy change.

To help counter the misrepresentation of animals in the news and other forms of mass communication, Animals and Media has created its own media style guide “to offer concrete guidance for how to cover and represent nonhuman animals in a fair, honest, and respectful manner in accordance with professional ethical principles.” The guide includes amendments to The AP Stylebook, ways to avoid bias when reporting on animals, selecting appropriate terminology, and more.

“Journalism is an essential institution responsible for holding the powerful accountable, informing and educating the electorate, reinforcing society’s values, serving as a forum for civic debate on essential issues, and setting the public agenda,” says the group. To exempt animal agriculture and other systems and institutions that exploit and harm animals from this mission is unjust, irresponsible, and harmful.

An exclusive interview with the author, Jessica Scott-Reid, premieres tomorrow on YouTube at 8 a.m. ET.