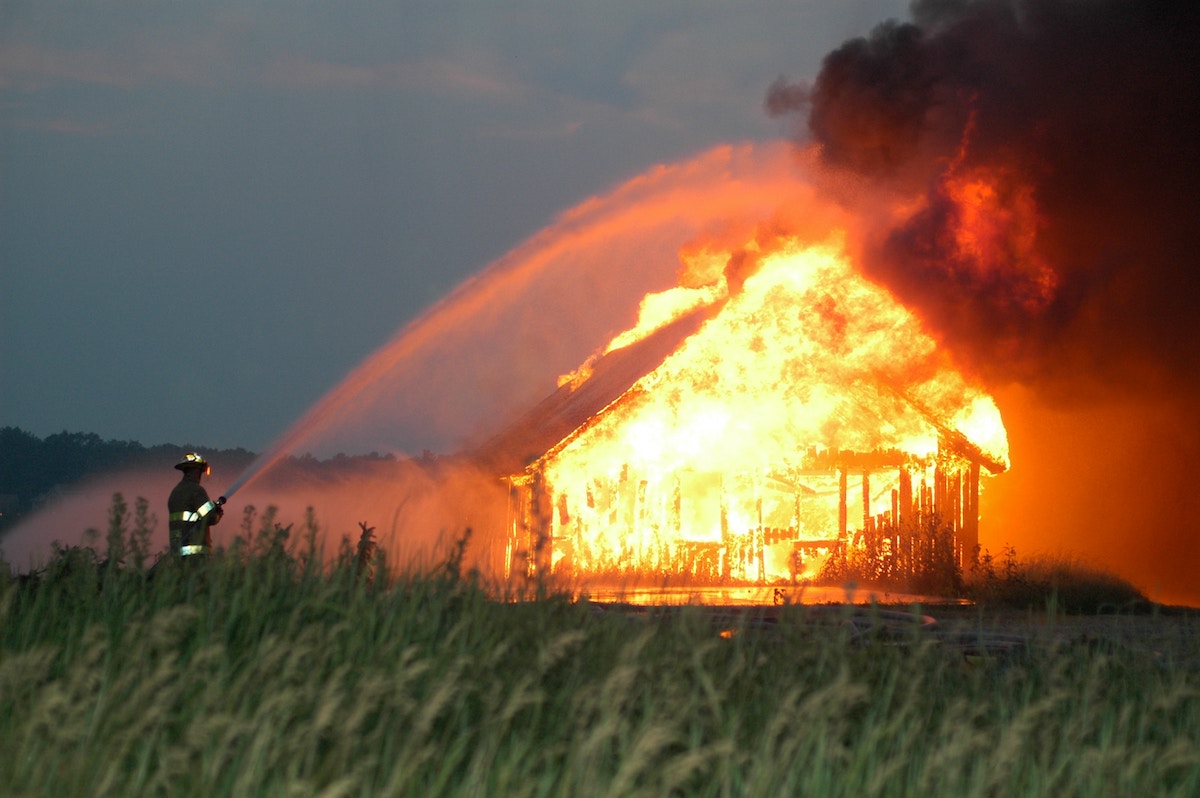 Animal farmers will often say that their farms are like their homes, that their animals are like their family, even like their children. This is especially true as debates continue over animal activists trespassing on farms. However, one unique characteristic of industrialized animal barns (aside from their sheer size and amount of animals and filth) makes such a statement especially untrue: fire codes.

Though farmers like to equate barns to their homes when activists come calling, they appear quite content with the designation of these buildings as spaces of “low human occupancy,” and their animals as mere property, when it comes to implementing — and therefore paying for — fire suppression and prevention measures. As a result, barn fires are an ongoing problem across North America, with tens of thousands of trapped animals killed by fire each year in Canada, hundreds of thousands each year in the US.

Is that how you protect your family?

According to a statement released by the Animal Welfare Institute in December 2019, “there are no laws or regulations in the United States designed to protect farm animals from barn fires.” As a result, at least 469,000 animals have been killed in barn fires in the US this past year alone, amounting to at least 2 million since 2017, according to the statement. These numbers are gathered from media sources only. It is believed the true total is likely higher.

In Canada, over 660,000 animals have been killed in barn fires since 2015. The majority of these fires occur in the province of Ontario, where under the Ontario Building Code, barns housing animals (as opposed to any other place of business occupied by humans) are not required to have fire detection or suppression systems of any kind. In the eyes of both the industry and the law, animals trapped in barns require no more protection from fire than do tractors or hay, demonstrating further how modern animal agriculture objectifies and commodifies sentient beings.

“Such a massive loss of life that involves extreme suffering would be considered horrific and unacceptable if the victims weren’t animals raised for food,” said Dena Jones, director of AWI’s farm animal program. “Even millions of deaths are of little consequence or concern, however, to an industry that produces animals by the billions and views the life of an individual animal as having virtually no value.”

Had these been sheds full of puppies, kittens or even horses, engulfed in flames, public outrage and heartbreak would undoubtedly be immense. But for animals raised for food who are legally considered property, and culturally deemed less worthy of concern than pets, the result is often nothing more than a short media blurb.

North American media coverage of barn fires typically position farm owners and/or the industry as the victims, and measure animal deaths only in financial loss. The obvious torture and suffering of animals is rarely mentioned. An example is provided by Steinbach Online covering Southeastern Manitoba with the headline “Manitoba’s Dairy Industry Hurting After Monday Fire.”

While voluntary guidelines are offered to protect farmed animals from fires, by groups such as the National Fire Protection Association in the US, the Canadian Farm Builders Association, and even governments, none are mandatory by law. Thus, barn fires continue at epidemic rate, and animals with nowhere to run continue to suffer and die in perhaps one of the worst ways imageable.

Of course, there only exists one guaranteed strategy to prevent farmed animals from burning to death, and that’s not holding them captive in the first place.

Now doesn’t that sound more like how we treat family?

We Kill More Animals Than Australia’s Fires Every Day

What Is a CAFO? The Truth About Animal Agriculture