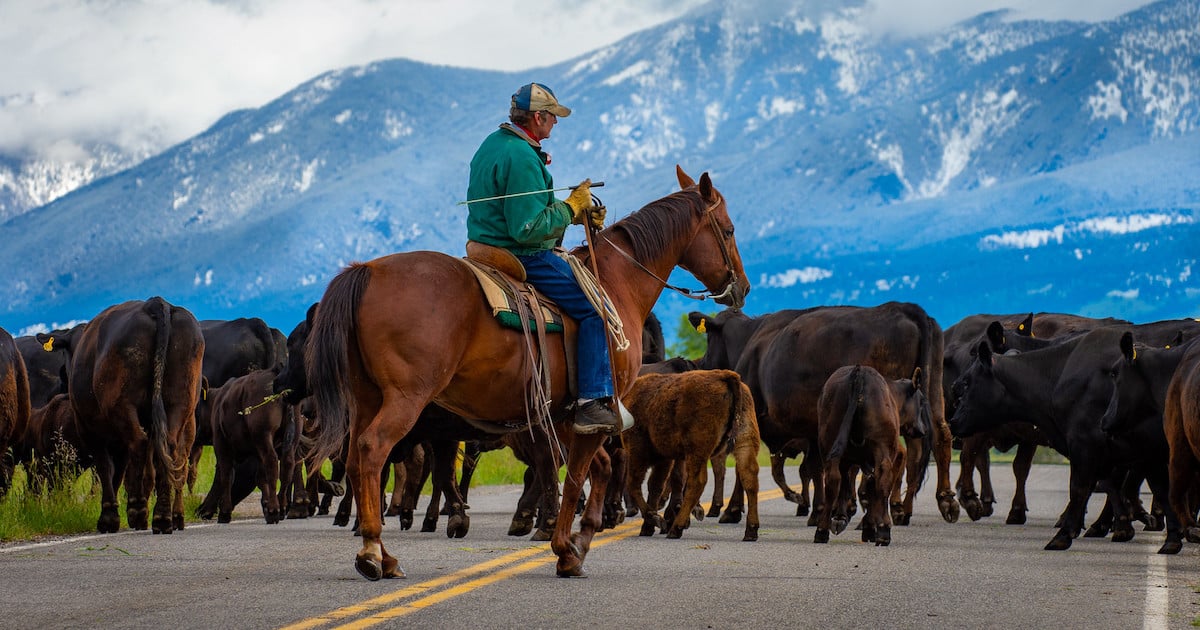 An article recently published by researchers from the University of Cambridge and the University of Leeds highlights the risks of emerging infectious diseases (EID) associated with extensive (low-yield) farms and intensive (high-yield or factory) farms.

The connection between EID and factory farms or intensive livestock production is well-established. A 2020 United Nations Environment report directly links the emergence of new zoonotic pandemics to increasing meat consumption, unsustainable agricultural intensification, and the increased use and exploitation of wildlife. However, the risk of EID from extensive or lower-yielding livestock farms is not as well-studied.

Unlike factory farming, extensive livestock farming often involves raising farmed animals on large tracts of land. Though it delivers lower yields per production unit, the practice is considered by some farmers to be more labor-efficient, promising higher returns and improved animal welfare. But extensive farms often encroach on natural habitats and create opportunities for increased human and livestock interactions with wildlife populations.

The study argues that extensive livestock production also comes with its own pandemic risks. First, because animals spend most of their time outside the barn, roaming freely in large, remote areas, extensive farms often require more labor than factory farms, increasing the number of potential hosts for an EID. Second, higher rates of human–livestock contact and poorer biosecurity measures result in “different, but not necessarily lower, EID risks than higher-yielding systems producing the same amount of food,” the authors write.

The authors further acknowledge that significant knowledge gaps will not allow them to conclude whether lower or higher-yielding intensive systems better limit the risk of future pandemics. But the study does point out some of the risks associated with lower-yielding livestock farming that have not been previously considered.

“Biosecurity, in both intensive and low-yield farming systems, is key,” says Bartlett.

But monitoring it presents a unique set of obstacles in both approaches. On factory farms, the crowded, filthy facilities weaken the farmed animals’ immune systems, providing an ideal environment for the emergence and spread of zoonotic disease. Farmed animals often come into contact with diseased wildlife, quickly spreading the infection to the rest of the farm. Animal waste, which is often used as manure on land, is another potential source of disease transmission from livestock to wild animals and water contamination. The lack of adequate ventilation also expels pathogens into the air, thereby increasing the risk of transmission to communities that live around factory farms.

On low-yield farms, the risk of exposure and subsequent spillover of a zoonotic disease is heightened by the sheer amount of land the farms use. Their size creates more opportunities for direct and indirect contact between infected wildlife and farmed animals. In this new cycle of disease transmission, livestock and their handlers become intermediate hosts for novel pathogens. And while researchers were unable to determine the exact variance in biosecurity risks between the two different farming styles, it is clear that on both high- and low-yield farms, humans and animals have the capacity to carry diseases off the farm.

Creating standardized biosecurity procedures for high- and low-yield farms has proven to be challenging. Producers are not always willing to make the necessary changes. Plus, monitoring the day-to-day activities that contribute to the hygiene on farms like hand-washing, changing clothes, and disinfecting animal transport vehicles is costly and time-consuming.

Researchers say that preventing global spillover events from wild habitats will largely depend on the local authorities to control the fallout from factors that contribute to diminished biosecurity such as illegal deforestation and the illegal wildlife trade. And while the COVID-19 pandemic had led to a general awareness of the zoonotic disease risks, most high-level efforts have focused on pandemic response rather than prevention.

“The recent wave of HPAI [avian flu] outbreaks in Europe, and particularly in France, have shown that optimal biosecurity standards are difficult to achieve,” says Dr. Guillaume Fournié, Senior Research Fellow at the Royal Veterinary College, University of London. Fournié also studies the impacts of intensification of chicken production on zoonotic disease risk.

“Where farm density is high, this can result in large outbreaks,” he says.

The solution is not simple. A widespread switch to non-intensive systems without a significant change in diets would require considerable expansion of agricultural land, says Bartlett. The accompanying habitat loss would further increase the risks of zoonotic disease.

However, the study’s authors do not foresee significant reductions in global meat consumption anytime soon, and most experts agree. “Meat consumption per person is starting to fall in some countries but is rising rapidly elsewhere,” says Dr. Andrew Balmford, Professor of Conservation Science at the University of Cambridge and senior author of the study. “So it seems sensible to think about how to limit risks of novel zoonotic diseases in a world where we continue to maintain large numbers of livestock.”

What Would Happen if the U.S. Banned Factory Farming?