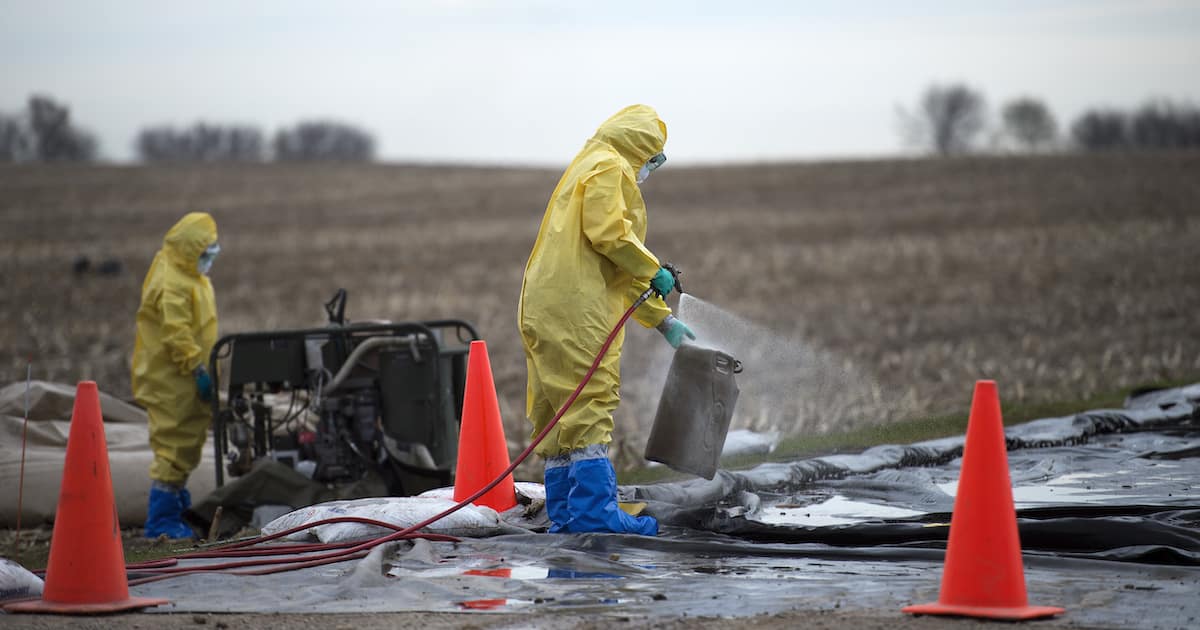 As the world continues to battle the coronavirus pandemic, a parallel scenario is unfolding in the avian world. Outbreaks of avian flu have been detected on poultry farms from the UK to Japan, resulting in millions of birds being culled globally. In the UK, all captive birds have been forced into their own lockdown since mid-December, with keepers of flocks big and small ordered to keep their birds indoors for the foreseeable future.

Since November, multiple strains of the avian flu including the highly pathogenic H5N1, one of the most common strains, have been found on farms in Japan, South Korea, India, Russia, Israel, and several European countries. Highly pathogenic strains can cause severe illness in birds with symptoms including swelling of the head and difficulty breathing, though some birds such as ducks can be asymptomatic. Death is almost guaranteed within 48 hours. Authorities have said that the risk to the public from the current spate of outbreaks is low.

When sick or dead birds are confirmed to have avian flu, all domestic birds within a one-kilometer “infected area” are culled whether or not they are infected to stop the virus from spreading further. It is in the interests of the poultry sector to quickly bring outbreaks under control to limit economic impacts; the significant 2003 outbreak cost the sector billions of dollars globally after millions of birds had to be culled and sales of poultry products declined due to consumer food safety concerns.

It isn’t clear to what extent the current cases across countries are connected, but several governments have cited wild birds as the source of the outbreaks. In India, a mass cull of farmed birds is underway after authorities were alerted to the threat of avian flu after ducks, crows, and wild geese were found dead from the disease across the country.

Meanwhile, the UK has blamed migratory birds from Europe for bringing the H5N8 strain across the Channel, killing more than a dozen swans and precipitating the culling of thousands of farmed chickens, ducks, and turkeys. The latest UK government advice explains the need for a captive bird lockdown in the following terms: “Wild birds can spread the disease to poultry and other captive birds so keeping poultry and captive birds separate from wild birds is key.”

But these official accounts of the situation fail to acknowledge the real culprit of the increasing number of lethal and virulent avian flu outbreaks which pose a potential threat to humans. “What caused bird flu to change into this much more sinister menace?” wrote Dr. Justine Butler, a researcher for vegan charity Viva!, in a blog post in 2018. “The short answer is intensive factory-farming.”

Some experts argue that though wild birds likely play a role in spreading avian flu, it can also be spread through shipments of poultry, the movement of contaminated equipment, materials, and waste products, as well as the wild bird trade. According to UN data, almost two billion live chickens were transported around the world in 2017. Even in countries considering restrictions on live transport, chickens may be exempt, as is the case in England where the government is currently consulting on a live export ban for cows and sheep but not poultry.

While wild birds can bring infection to farms, they can also become infected if they land at an affected farm. Spilled feed, water sources, and farm equipment may all be contaminated, and manure spread on land as fertilizer may provide an additional source of disease transmission. Dr. Ruth Cromie, a research fellow at the Wildfowl & Wetlands Trust, told the Guardian in November: “Wild birds are often seen as evil vectors, but they are victims of a virus which originally spread from poultry. Wild birds get used as scapegoats for poor biosecurity and people moving chickens around the globe.”

Conditions on intensive farms have helped avian flu mutate from a relatively harmless virus hosted by wild birds into something much more dangerous. According to Butler, “Intensive poultry production provides the perfect breeding ground for a mutating virus. Chickens are raised in closed, crowded, stressful, unsanitary industrial facilities with little or no natural light. This is important as ultra-violet light (UV) harms viruses. Without this constraint, the bird flu virus was handed a perfect opportunity for mutation and infection.”

The rise of intensive poultry farming around the globe also gives avian flu many more opportunities to infect humans. While transmission to humans is relatively rare, instances have occurred more frequently in the past 15 years than in the whole of the last century as the number of intensive farms, and their proximity to human communities, have increased significantly. Only around 800 people globally have contracted H5N1 since 2003, but around 60 percent of them died from the disease.

In a report commissioned by Open Cages last year, Professors David Wiebers and Andrew Knight wrote: “The vast amount of biological matter that is produced by intensive farming includes excrement, food, animal bodies, and bodily fluids, and there is the potential for human contact with these throughout the animals’ lives, as well as during transport and slaughter.”

There are concerns that strains of avian flu that have previously infected humans such as H5N1 could mutate to become more transmissible, increasing the likelihood of humans catching it and potentially spreading it to each other. With its extremely high mortality rate, an outbreak of avian flu among humans could be devastating. In 2005, David Nabarro, a senior public health expert at the World Health Organization (WHO) warned that a global avian flu pandemic could kill 150 million people.

Experts have long warned of the threat posed by intensive farming of zoonotic disease, whereby viruses are transmitted from animals to humans through close contact with the animals or their environments. A 2013 paper by an international group of researchers states: “Expansion of livestock production, especially in proximity to wildlife habitats, has facilitated pathogen spillover from wildlife to livestock and vice versa and increased the likelihood that livestock become amplifying hosts in which pathogens can evolve and become transmissible to humans.”

Increasing antimicrobial resistance due to the overuse of antibiotics on intensive farms only compounds the risk. Some uses of antibiotics, such as to protect healthy animals from disease or to increase growth rates, are restricted in some countries. But regulatory loopholes in countries like the U.S. mean farmers are still overusing antibiotics, sometimes to promote fast growth. Using alternative methods to deal with infections in animals could cost farmers more than using antibiotics.

While a captive bird lockdown and mass cullings may help stop the current spread of avian flu, they do nothing to prevent future outbreaks. “Surely it’s time we started to consider the fact that our increased consumption of meat isn’t just wreaking havoc on our health and the environment,” said Butler, “but threatens to spark new pandemics that could kill thousands, maybe millions, of people. It’s time to end factory farming before it ends us.”