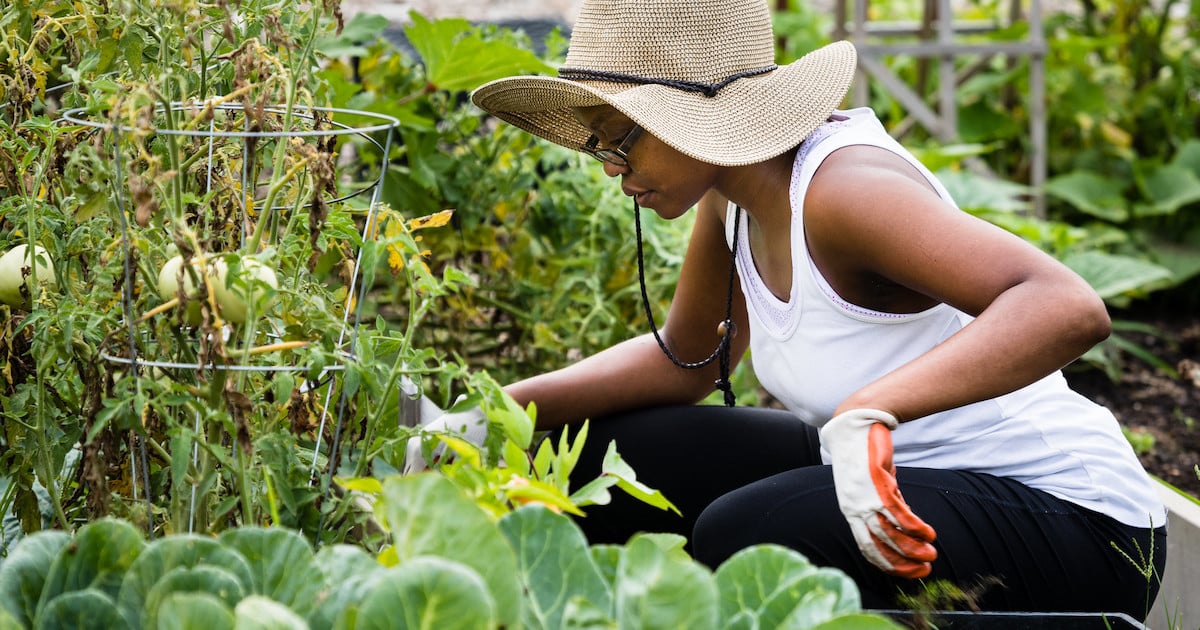 This New Bill Could Phase Out Animal Testing for Good

Permaculture is “the way all agriculture should be,” says Vandana Shiva in a 2020 video for the Permaculture Institute of North America. But the use of the term is widely contested. The word permaculture was first used by white Australian ecologists in the 1970s. In a 2018 Black Permaculture Network blog post, Leah Penniman distances herself from the term permaculture as a repackaging of established farming practices, explaining that it is connected to cultural appropriation and “invisibilizing the really specific histories of our people.”

Permaculture is a way of farming that seeks to work with nature instead of against it. Permaculture falls within the larger science, global social movement, practice, and food systems approach known as agroecology.

Where Can Permaculture Be Applied?

In an interview with Sentient Media, Baltimore-based certified permaculture designer Crystal Forman advised that permaculture can be applied whether you live in an apartment or on a multi-acre farm. Below are some examples of how permaculture can work in different contexts.

What Are the Ethics of Permaculture?

According to Forman, “Permaculture is basically an ethically-based design system with three ethics and twelve principles.”

What Are the 12 Principles of Permaculture?

Below are some of the many ways that the 12 principles of permaculture can be used.

How to Design A Permaculture Farm

“Anyone can use the principles of permaculture for urban gardening, as well as suburban or large acreage,” says Forman. “That can look like different things for different people.” She explains that there are different zones in permaculture, from zero to five. Zone zero can start within yourself. “Observing yourself and what you need, and observing what’s inside the house,” then moving outside the house to a kitchen garden. Zones can be contained within an apartment or 100 acres.

Zone two could be a home orchard that might have a composting bin. Zone three might be a farm a mile away, where crops are growing. Zone four is a forage zone. Forman’s own forage zone is across the street from her house where she can pick mulberries from an urban park. Zone five is a wild area that would require minimal management. For Forman, zone five is the park. The grass is cut, she says, but there are natural edges to the park where foraging can occur.

Permaculture is about planting things that will return year after year, such as perennials, and that can serve multiple purposes such as “pest resistance, building up the soil, providing food, providing shade,” Forman says.

Certain techniques are widely used in permaculture, as Ellis outlines: intercropping, dependent planting, food forests, and integrating wild and domestic animals. Permaculture’s goal, she says, is a human-created system that mimics natural ecosystems, where humans are “just one of the beings that are flourishing in this environment,” with little human intervention.

Leah Penniman says she would like to see ancestral farming practices decreasingly termed permaculture and hopes the permaculture movement evolves towards “understanding the unique contributions of each people to our agricultural heritage.”

Penniman is not alone. As a result of participating in Permaculture for the People, Quinton Sankofa says that he has been able to “heal wounds that were wounds of my ancestors. My ancestors had an adversarial and often tumultuous relationship with the land because they were enslaved and forced to work. So, I can come as a free person today in a way that is healing and beneficial and not damaging.”