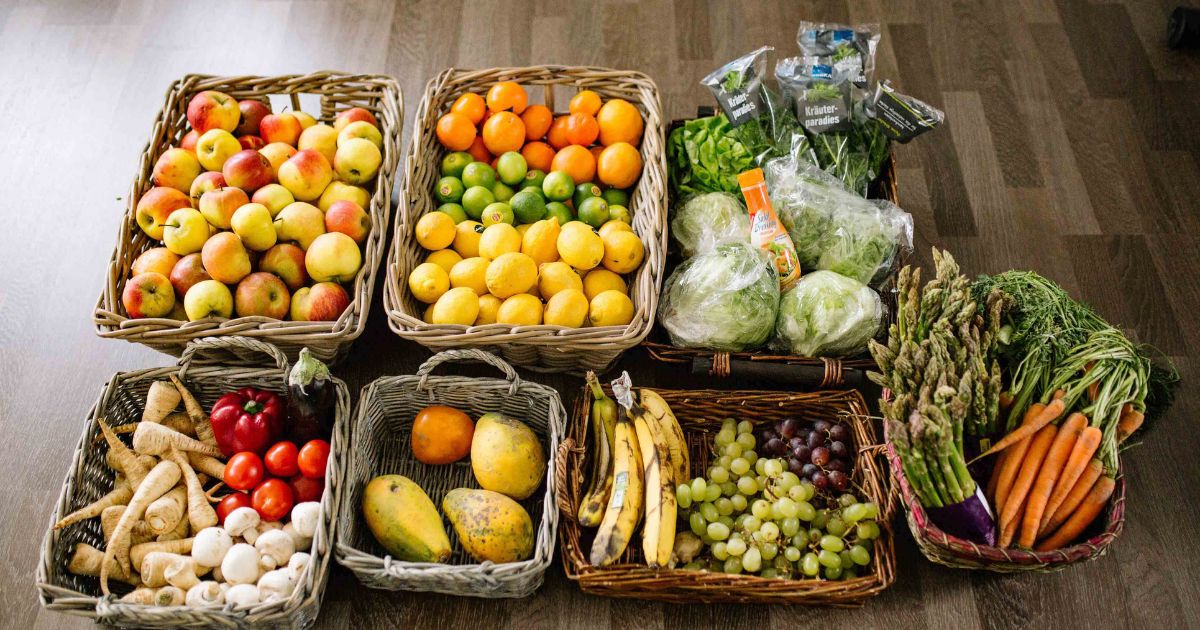 Hi, the message reads, this can be collected today until 6 pm. DM me if you are interested.

The organizer of this exchange is the project Foodsharing, a volunteer initiative fighting food waste in Germany since 2012. Since then, Foodsharing has saved 81.1 million kilograms of food or around 178 million pounds, but food waste experts and activists say even more action is needed — especially from policymakers — to rescue the 931 million metric tons of food going to waste globally each year.

One-Third of Global Food is Wasted

According to the Food and Agriculture Organization (FAO) and the UN Environment Programme (UNEP), 31 percent of global food is lost before retail or wasted by retailers and consumers — an amount so high it could feed more than 1 billion people. Europe actually wastes more food than it imports. A recent report by the sustainability organization Feedback EU found the continent wasted 153 million tonnes alone in 2021.

Food waste has had a devastating ethical, environmental and economic impact.

According to the IPCC Special Report on Climate Change and Land, food waste cost an estimated $1 trillion, and contributed 8 to 10 percent of human-made GHG emissions between 2010 and 2016. If food waste were a country, it would be the world’s third-largest pollution emitter.

To make matters worse, the decade-long trend of falling global hunger has recently reversed itself. Since 2019 the number of people affected by hunger has risen by 150 million, totaling 828 million people in 2021. Globally, 4 out of 10 people do not have access to a healthy diet, the FAO estimates. The World Food Programme has called 2022 “a year of unprecedented hunger,” warning that 50 million people in 45 countries are on the edge of famine as conflict, COVID, the climate crisis and rising costs harm food security worldwide.

Many food waste efforts are working locally to address this global problem. In Germany, Foodsharing members reach out to local farmers’ markets, restaurants, bakeries and large-scale grocery chains to see if they’re willing to donate food rather than toss it. If they agree, Foodsharing volunteers collect the donations and distribute them through private or public networks such as Whatsapp and Facebook groups or community fridges.

Unlike recipients of food distributed through food banks, people who collect food through Foodsharing do not have to qualify as being in need of support. Helping those struggling with food insecurity is a “great side effect” of what Foodsharing does, according to its website, but its main goal is to protect our planet’s resources by distributing food “fairly and quickly to as many people as possible.”

Natalie Prinz, who joined Foodsharing after facing a five-digit veterinarian bill, says that Foodsharing does not compete with the local food bank, which has priority. “We only pick up what they leave behind or cannot pick up,” she says. The reality is there’s often plenty of wasted food go to go around.

Food waste has different causes, varying significantly depending on crop and location. For example, cereals are wasted more often at the consumer level in Europe and North America than in Sub-Saharan Africa, where they are predominately lost before and shortly after harvest. In many parts of the U.S., there are secondary markets for farmers to sell bruised apples or tomatoes — to applesauce and salsa makers in those cases — but these markets do not exist in every country nor for every type of crop.

Food waste at the retail level — which is where Foodsharing mostly operates — is a particular problem in wealthy countries. Vegetables and fruits are sometimes weeded out because they look ‘wonky’ in size, shape or color. I have seen unusually pale cucumbers posted in the Foodsharing Whatsapp group, tiny onions and oddly patterned apples. The same applies to products with dented, ripped or otherwise maimed packing.

Distinguishing between use-by and expiration dates is a crucial part of Foodsharing’s work. To help activists better handle perishable food, Foodsharing has developed a traffic-light approach: Activists may pass on products with expired use-by dates if they have been transported, stored and cooled appropriately. Highly perishable food that has an expired expiration date or has not been properly stored and cooled should not be handed out.

Partly damaged food often ends up as waste, says Foodsharing member Prinz. “Take a net with oranges: if one is moldy, the net can no longer be sold. The shops are not allowed to take out the moldy ones and sell the good ones.”

Overstocking can also result in food waste. Stores are afraid of losing customers if they don’t offer them a full product range. To add to that oversupply — unexpected circumstances such as economic or climatic events can also cause customers to buy less than food venues originally expected.

Fighting Several Crises at Once

Projects such as Foodsharing and Too Good To Go, an app that allows users to save food at a discount, have seen surges in membership this year.

Monique Martino, who has been a member of Foodsharing since 2021, explains that her concern about climate change motivated her to join. “At first, we tried to live more sustainably at home,” she says. “This included eliminating our food waste. After almost reaching this goal, we looked for ways to tackle food waste outside of our home.”

Martino and her husband Davide go on rescue missions twice per week on average. They distribute food through their various social circles, including friends, neighbors and assisted living projects they are connected with due to their son’s disability.

“All these people are very thankful for free groceries,” Martino says, noting that the number of those interested in picking up saved food, including people with a middle-class background, has grown this year. Since April, Martino has also been giving food to newly arrived refugees with the help of a Ukrainian friend.

Martino’s experience shows how tackling food waste can address several world crises at once: rising costs of living, the devastating disruptions caused by Russia’s attack on Ukraine and the ongoing climate crisis.

Yet food banks and volunteer initiatives alone cannot tackle this problem. According to food and climate researchers, governments can and must do more. “At a time of high food prices and a cost of living crisis, it’s a scandal that the EU is potentially throwing away more food than it’s importing,” says Frank Mechielsen, director of Feedback EU. “The EU now has a massive opportunity to set legally binding targets to halve its food waste from farm to fork by 2030 to tackle climate change and improve food security.”

In high-income countries where food waste happens primarily at the consumer level, the IPCC recommends a number of actions that would make a difference. Governments and the food industry can discourage overstocking, reduce portion sizes in restaurants, improve packaging and processing to keep food fresh for longer and clarify the meaning of sell-by and use-by dates. All of these efforts are needed to bring down the millions of tons of food wasted each year.

When I check Whatsapp again an hour after seeing the results of the latest Foodsharing rescue mission in my town, the pictures have disappeared. All gone, a new message reads. Thank you, everyone, for coming over.

1 in 4 Calories Produced in America Go to Waste