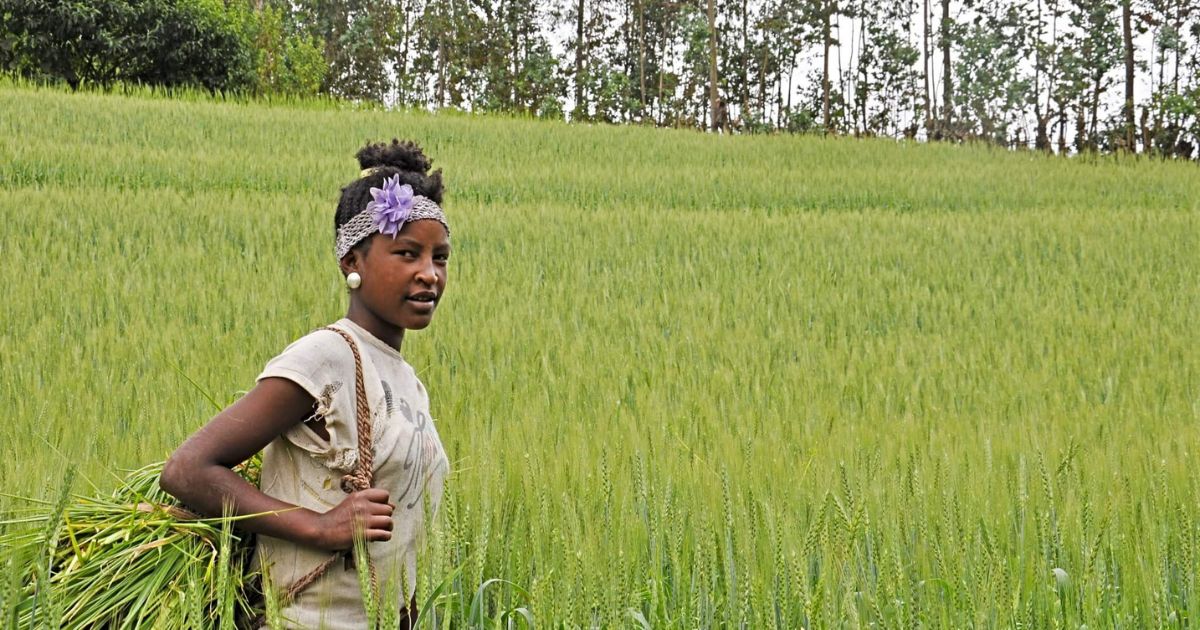 Hundreds of millions of people currently face the prospect of going to bed hungry. People in every corner of the world are impacted by hunger, both in wealthier regions and areas marked by poverty. Regardless of geographic location, the contributing factors behind hunger are often the same — inequity in food distribution, food waste and the effects of animal agriculture on our global food system.

Can We End World Hunger?

According to the United Nations Food and Agriculture Organization, in 2021 828 million people, or almost 10 percent of the global population, were affected by hunger. And in 2021, an astounding 29.3 percent of the world’s population were considered either moderately or severely food insecure — this translates to 2.3 billion people.

With so many people affected, world hunger may seem like an insurmountable problem. Yet we know this is not the case. Through a concerted effort of political, societal and economic change, world hunger could be ended at any virtually any time. One powerful tactic to help expedite the end of world hunger and food insecurity is to adopt and encourage more sustainable eating habits and to limit food waste.

Where Is Hunger a Problem?

Hungry people live all over the world, from some of the poorest countries and villages to the wealthiest suburbs of the wealthiest cities. In the United States in 2021, 10.2 percent of households (13.5 million) were food insecure at some point during the year. In Botswana, 50.8 percent of the overall population was impacted by food insecurity in 2018 and 2019. In Myanmar in South Asia, 1 in 4 people are experiencing either moderate or severe food insecurity — roughly 13.2 million people.

Do We Have Enough Food To End World Hunger?

Globally, an astounding 931 million tons of food was wasted in 2019. Of this, 61 percent came from households, 26 percent from food service and 13 percent from retail. This equates to roughly 17 percent of all the food items produced across the world going to waste. If the food we currently produce were distributed more equitably, and more attention was paid to eradicating waste, we could feed the current population of the globe without producing any more food.

However, the global population rate is on the rise. To provide the 10 billion people predicted to be living on the planet in 2050 with enough food to survive and thrive, the food system must be changed to employ more sustainable methods.

Where Is All the Food Going?

One contributing factor to world hunger is food distribution. Instead of feeding people, much of the food grown today is fed to livestock, despite meat’s caloric inefficiency – animals take in more calories than are provided. Another large chunk of food is simply wasted, in homes, restaurants, grocery stores and fields.

Animal agriculture uses about 77 percent of all the land used for farming in the world, with the remaining 23 percent of land being used to grow crops for human consumption. Much of the land used for animal agriculture is used to grow feed for livestock to consume. Yet farmed animals produce only 18 percent of the calories consumed around the world. Dedicating such a large proportion of agricultural land to meat and other animal products — sources of food that are calorically inefficient — is simply unsustainable.

Inequitable food distribution contributes heavily to world hunger. This happens in countries and communities, and can even be seen within families. At the international level, there is little incentive for countries with greater economic power to distribute food to those with less economic power and fewer resources.

Within communities, some families have less economic ability to access food. Whether they are struggling to secure the finances necessary to purchase food or lack the means of reaching a store that sells produce or other nutritious foods, there are a number of barriers that can keep a person from securing food. Within the family unit, those that have the greatest need for food, such as children and pregnant women, often eat after those with less of a need, namely men.

Food waste is a major global issue that impacts hunger. Estimates suggest that more than 900 million tons of food is wasted every year around the world. Though much of this food is inedible (peels, bones, etc.), large amounts of food are tossed at grocery stores and in homes because the item has passed an arbitrary sell-by date or simply because it is no longer considered “fresh” enough.

What About Food Waste?

Though food waste is a massive problem that contributes heavily to world hunger, addressing food waste would leave many problems inherent to our unsustainable and environmentally irresponsible food system. In addition to focusing on reducing the amount of food being wasted, it’s essential that we put our energy into shifting the way that agricultural land is used and attempt to save the quality of the soil and prevent the further pollution of our waterways.

What Will Happen if We Don’t Stop World Hunger?

The knowledge that people are without food, a basic human right, should be enough to move anyone to act within their means to take steps toward a world without hunger. Failing to do so will perpetuate the problem and will lead to more unnecessary deaths. Recent estimates suggest that 11 people every single minute die from hunger-related causes.

How To Solve World Hunger?

One key step to solving world hunger in the long term is to adopt a more sustainable approach to food production. One important facet of this is to encourage the adoption of plant-based diets on a large, even global, scale. The environmental impacts of animal agriculture have been well recorded by researchers, NGOs and governments. Continuing to use and destroy a large portion of land available to us for agriculture while also polluting our water supplies and exacerbating climate change will make ending world hunger increasingly difficult.

How Much Money Would It Take To Solve World Hunger?

The U.N. World Food Programme estimates it would take $40 billion yearly to feed all of the world’s hungry people and end world hunger by 2030. Though this number may seem astoundingly large, it’s less daunting when compared to the fact that Elon Musk, currently the world’s wealthiest individual, has a net worth of $251 billion that continues to increase.

Though veganism alone cannot end world hunger, wider adoption of plant-based diets would be a big step in the right direction. Plant-based diets are less damaging to the environment than the diets heavy in meat and other animal products that are common in many western countries.

Could We Feed the World Without Meat?

Plant-based foods are more calorically efficient than animal-derived products. For example, beef contains only 1.9 percent of the calories that went into its production in the form of animal feed. Even whole milk, which is the most efficient animal product, contains only 24 percent of the calories consumed by the cows producing the milk. Choosing to consume calories from plant foods cuts out the middleman, ensuring that less energy is lost to produce the foods we consume.

Can You Feed the World on a Vegan Diet?

With the increase in availability of plant-based meat alternatives that can be used to enjoy favorite foods and traditional meals once made with animal-derived ingredients, the possibility of feeding the world on a vegan diet is becoming more and more real. Around the world people are already consuming more plant-based foods.

Urban farming is a valuable tool for increasing access to nutritious food around the world, particularly in areas of cities without access to fresh fruits and vegetables. In addition to providing fresh nourishing meals, urban gardens in backyards or empty lots can provide an additional source of income.

What Will Happen if Humans Stop Eating Meat?

If humans were to stop eating meat, public and planetary health alike would improve. Consuming meat, especially red and processed meat, has been tied to several health issues including diabetes and heart conditions. If we were to stop eating these foods and instead eat plant-based products, especially whole food plant-based products, the average person in a high-income country would be eating a healthier diet. We would also lower the risks of zoonotic disease outbreaks and eliminate pollution that emanates from animal farms.

Animal agriculture is also a major contributor to environmental destruction and degradation. Were we to stop eating meat, the 14.5 percent of anthropogenic greenhouse gas emissions caused by animal agriculture (on a highly conservative estimate), would be eliminated. The future effects of this reduction on public health would be enormous.

Would the World Be Better if We Were Vegan?

Increasing the prevalence of plant-based eating has been recognized by many as a key step in solving a vast array of problems ranging from climate change to habitat loss and world hunger. Adopting a plant-based diet stands to benefit us in all of these areas, as they are all interconnected in ways that can often be overlooked.

Another more direct step you can take is to get involved with a charity that works to combat hunger. Whether you volunteer with a local community garden or urban farm to increase access to fresh food in your area, or donate to a food charity that distributes meals or goods directly to the food insecure, there is plenty of action you can take to help make sure everyone is fed.

How Eating Less Meat Could Help Save the Planet