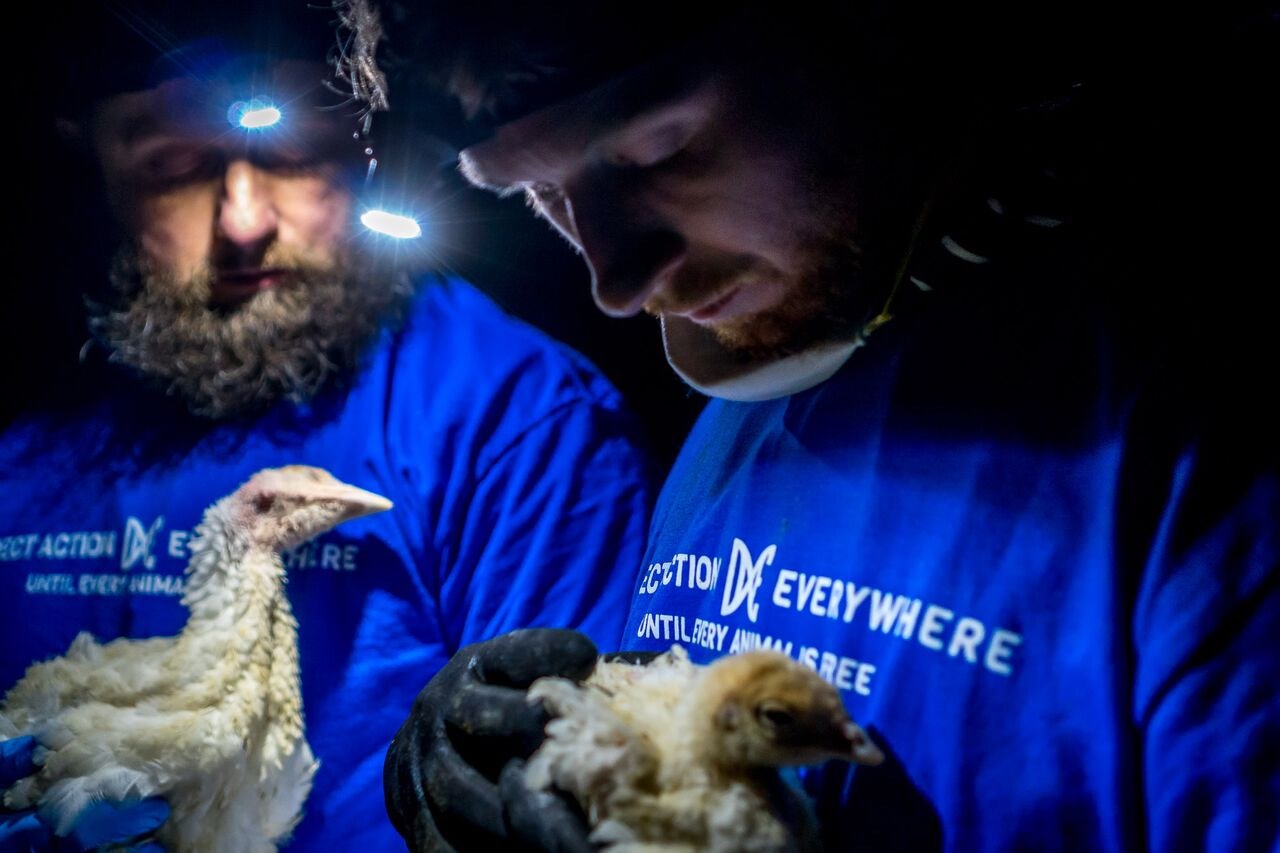 Becoming Vegan: What You Need to Know to Make the Change

Pitman Family Farms is one of the largest farms in the country. This Thanksgiving, they’re working together with the animal rights activists at Direct Action Everywhere and its founder Wayne Hsiung to rescue 100 turkeys from a slaughterhouse.

On Monday, Hsiung will travel back to the Norbest turkey farm near Moroni, UT with hundreds of animal rights activists. The rescue site will look a bit different than last time. The group plans on handing out vegan food and holiday gifts to the plant’s employees and local residents.

In return, Rick Pitman of Pitman Family Farms, who now owns the Norbest farm, agreed to release 100 birds to the activists. Finally, the turkeys will be transported to local sanctuaries, where they will live out their days as animals, not food. The exchange promises to be touching. 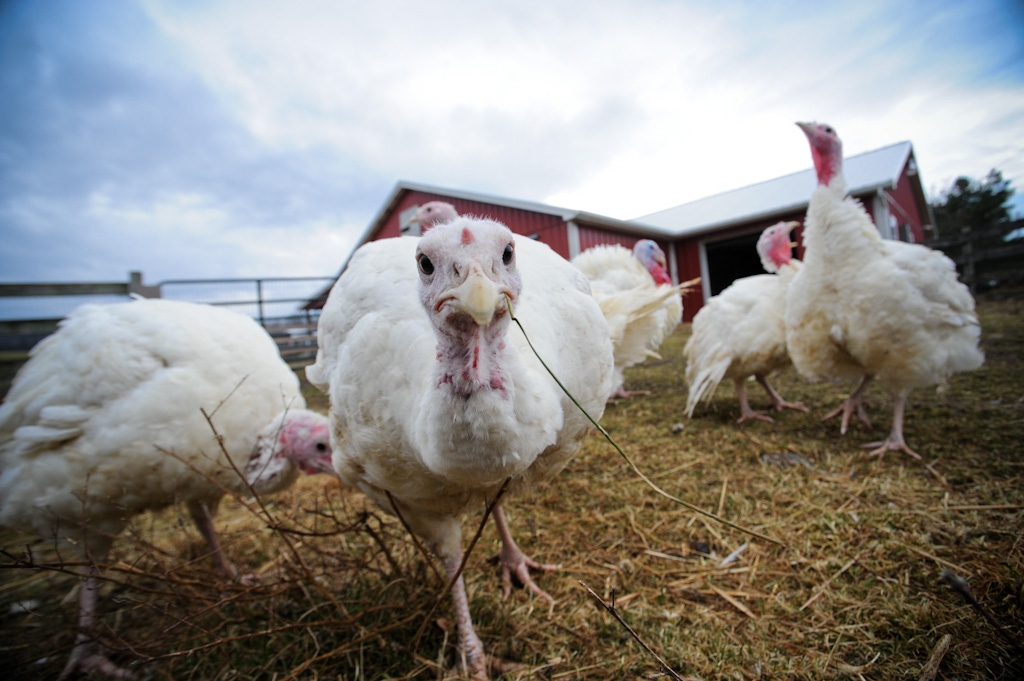 Every year, two turkeys are pardoned by the President of the United States. But the joint efforts of an animal rights activist and turkey farm owner are second to none. In the face of open accusations—Hsiung accusing a Norbest farm of animal cruelty and Norbest accusing Hsiung of theft after he removed a sick bird from their farm during an open rescue in January 2017—the two put aside their differences in a heartwarming act of compassion.

“[We] will walk into a slaughterhouse and walk out with an animal in our arms. We decided it’s time to work together to make a compassionate world.”

Those interested in history should come make it with us ! Animal Liberation Western Convergence will feature the liberation of 100 turkeys from a farm in Utah! This historic action will be a testimony of progress and foreshadow successful cooperation in the future. pic.twitter.com/f7M0pXTf6v

The activist group is well known for infiltrating numerous factory farming operations, documenting the cruelty inside, and getting out with rescued animals.

Authorities infamously arrested Hsiung for trespassing at a Whole Foods in Boulder, CO earlier this year. And by trespassing, they meant to cite him for asking customers whether or not they eat meat. That should fall under a citizen’s right to practice free speech, but it didn’t. Police put Hsiung in handcuffs and escorted him off the property.

This level of combativeness is not new to animal rights activists. It extends from retailers all the way to the highest bureau of law enforcement. In 2008, the FBI labeled animal rights groups like Direct Action Everywhere terrorists. “Together, eco-terrorists and animal rights extremists are one of the most serious domestic terrorism threats in the U.S. today,” the FBI writes.

Authorities consider the term “direct action” an illegal activity. Farmers joining hands with so-called animal rights extremists could signal a change to the direct action model, one that hopefully takes place without the law having to get involved. Let’s call it direct cooperation.

What else has DxE been up to?

An opportunity for activism this Thanksgiving

The planned demonstration at Pitman’s facility is a part of the Animal Liberation Western Convergence, a gathering of nonviolent animal rights activists in Utah, which became a battleground state for animal rights after the Direct Action Everywhere open rescue last year.

Six activists, including Hsiung, face felony theft charges and decades in prison. By organizing another (much bigger) gathering of animal activists in Utah, the animal liberation movement hopes to intensify their focus on industrial agriculture in the state. 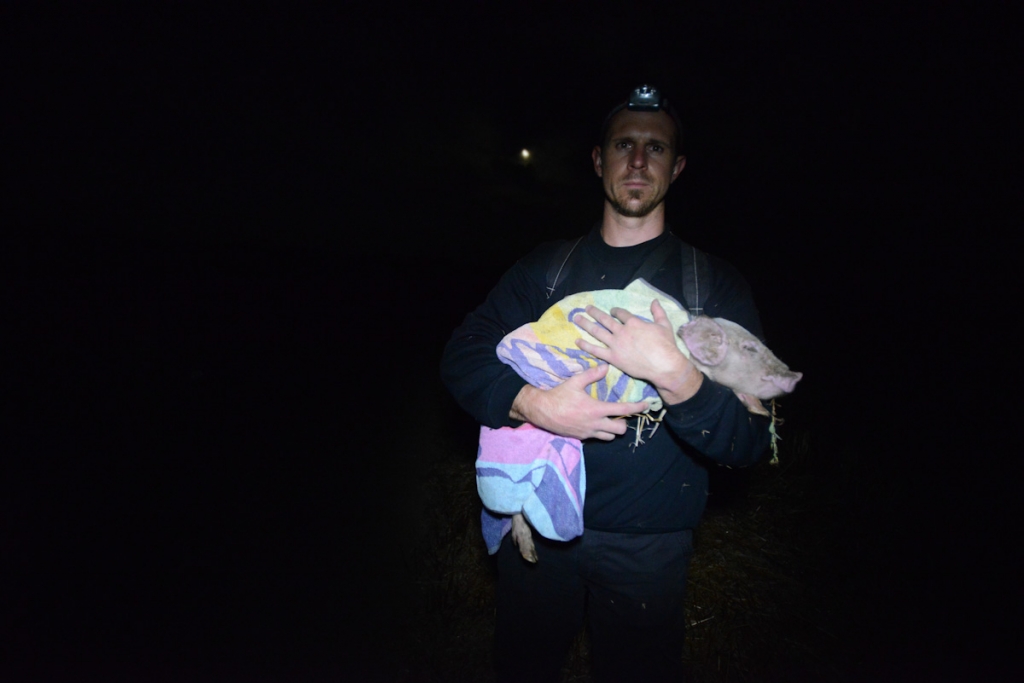 Part team-building exercise, part direct action, the convergence is part of a new series from the Animal Liberation Conference, who previously helped organize the California Convergence. Every year, the conference hosts more than 1,200 animal rights activists. Each activist is whole-heartedly committed to nonviolent direct action. In the face of violence, activists respond with love. It’s a message older than the animal rights movement itself, and powerful all the same.

Some of the most outspoken, ambitious animal activists will be there, training activists. For five short days, the figures at the forefront of the animal rights movement will converge on Salt Lake City, UT, and you can be a part.

The Animal Liberation Western Convergence runs from November 16-20. Grassroots organizers, at-home activists, vegans. You can act for animals today. So, what are you waiting for? Hsiung and hundreds of Direct Action Everywhere activists will be there. You can be there too.

Hsiung and Pitman will lead the way with compassion in mind. The dying turkey Hsiung rescued from the Norbest farm in 2017 represents two things. It represents the glaring problem with animal farming, but it also represents an exciting opportunity for the movement to present a positive solution: work together with the industry to better the lives of animals.