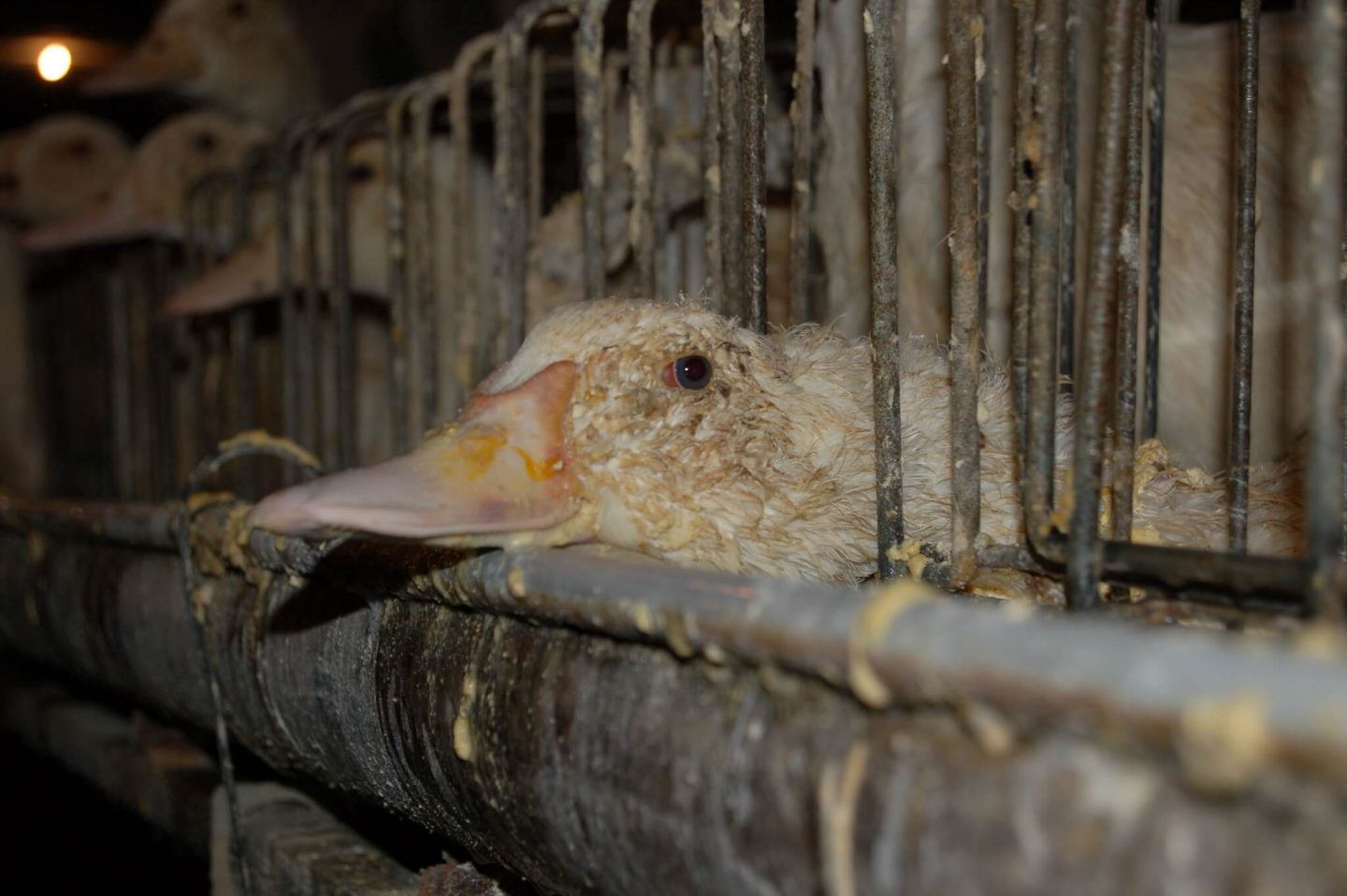 A Moral Dilemma of an Ethical Vegan

In April 2019, animal advocacy organization, Open Cages, documented extreme cruelty inside the last foie gras farm in the Ukraine, owned and operated by poultry company MHP, during an undercover investigation.

Today, MHP made its ‘End of Operations’ announcement as a result of international pressure stemming from the undercover investigation at the farm earlier this year. The company is expected to cease all foie gras production by early September.

According to the Independent, MHP reportedly kept 20,000 birds in an industrial-style foie gras unit. Last year, the company said it sold 50,000 tons of foie gras, mostly to consumers outside of Ukraine. The end of operations at yet another foie gras farm means the end of needless suffering for thousands of innocent animals.

Foie gras is considered a delicacy in many countries and is made from the fatty liver of engorged ducks and geese. In order to force-feed these birds, workers immobilize them and shove long tubes down their delicate throats at least twice per day.

This force-feeding process often leads to infections, esophageal damage, impaired liver function, and death due to birds suffocating on their own vomit.

Each day the birds are fed increased amounts of feed, so their livers swell to over 10 times their normal size quickly and unsustainably. This process is so stressful on their bodies and minds that birds often die from the feeding itself.

After viewing the footage, several restaurants in the UK removed foie gras from their menus.

“Any UK restaurants still serving foie gras will be taking a hard look in the mirror: animal cruelty is bad business.”

The company responsible for the cruelty writes: “MHP believes that the production of foie gras is not consistent with the Company’s strategy and policy of being a global leader in E&S and Animal Welfare.”

As a result of reputable restaurants like Number One, The Tower, and Prestonfield House removing foie gras from their menus, other UK restaurants are expected to follow suit.

“It’s hard to believe that foie gras even exists,” said Open Cages CEO Connor Jackson in a statement. “Force-feeding animals until their liver swells 10 times bigger is simply barbaric, and the product’s ‘luxury’ label is almost laughable. We are absolutely thrilled to see this company choose to stand against needless suffering by shutting down. Any UK restaurants still serving foie gras will be taking a hard look in the mirror: animal cruelty is bad business.”

In the United States, California has banned the sale of foie gras, and companies like Postmates have stopped delivering it to their customers.

Many countries – like Austria, the Czech Republic, Denmark, Finland, Germany, India, Israel, Italy, Luxembourg, the Netherlands, Norway, Poland, South Africa, Sweden, Switzerland, and the U.K. – have banned the production of foie gras already. As more and more countries abandon the practice, they’re sparking a movement away from foie gras by consumers around the world.