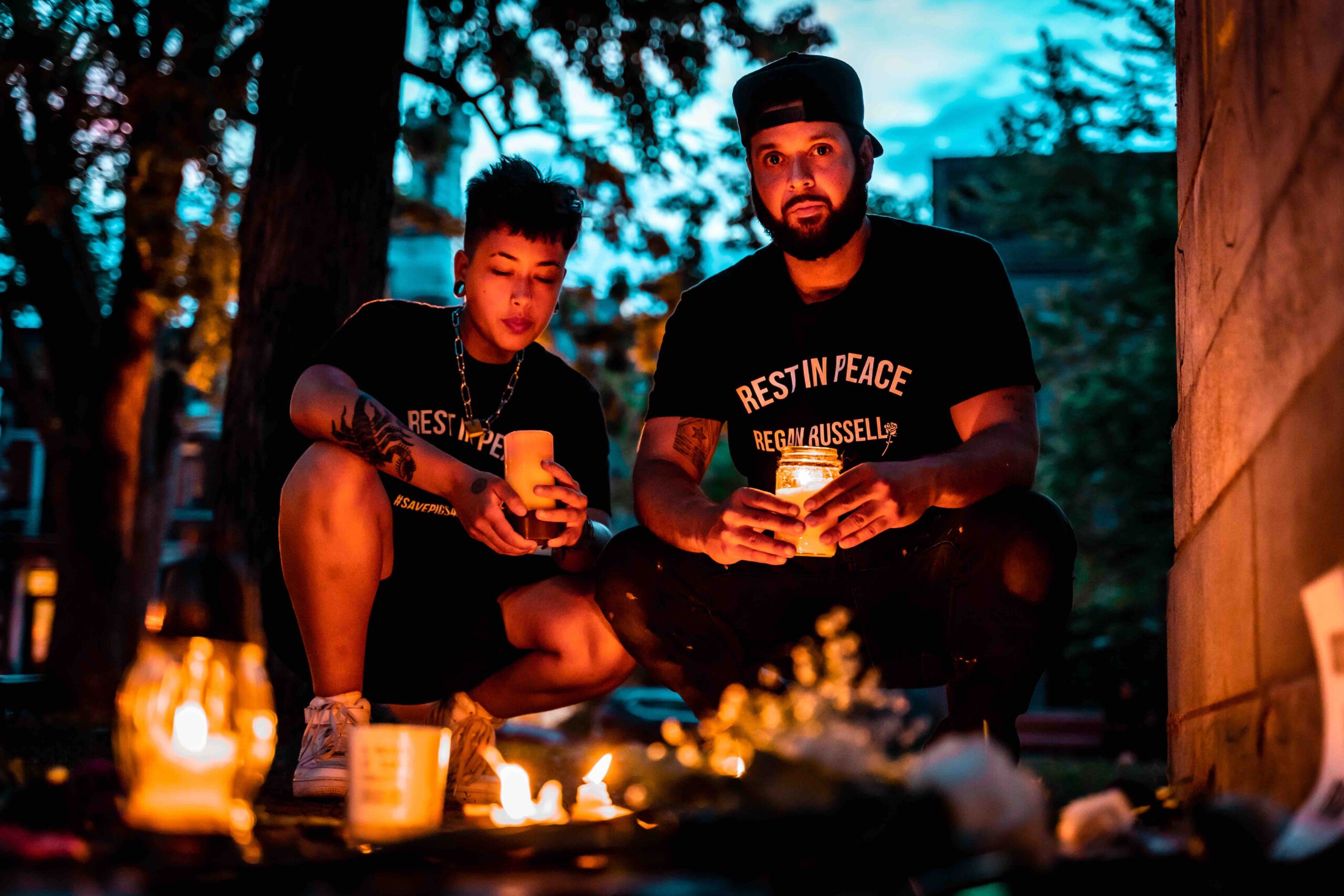 Regan Russell, 65, was a lifelong animal rights activist. She died fighting to expose the same practices that Ontario’s new ag-gag law, Bill 156, are trying to hide. On Friday, June 19, Russell was struck by a truck at a slaughterhouse vigil organized by global activist network the Save Movement. The incident came just two days after the province passed a controversial new ag-gag bill designed to cover up animal cruelty on farms and during transport. Today, leaders in the animal rights movement are promising that Russell’s death will not be in vain and that her long-time efforts to be a voice for animals will continue on.

From public proclamations by a prominent celebrity to a full-page newspaper ad, renewing attention to Ontario’s ag-gag legislation, and rescuing animals in her name, Russell’s nearly fifty years of activism for the animals is certainly living on.

Award-winning actor and well-known animal activist Joaquin Phoenix recently attended a vigil for Russell outside a Los Angeles slaughterhouse, where he was photographed holding a sign displaying the now-popular hashtag “#SavePigs4Regan.” In a statement published in part by various media outlets late last week, Phoenix says, “While her tragic death has brought upon deep sorrow in the Animal Save community, we will honor her memory by vigorously confronting the cruelties she fought so hard to prevent by marching with Black Lives, protecting Indigenous rights, fighting for LGBTQ equality, and living a compassionate vegan life.” He also adds: “The Ontario government can attempt to silence us with the passage of its ag-gag bill—Bill 156—but we will never go away and we will never back down.”

Soon, the bill will make it highly illegal for Save Movement activists in the province to bear witness to animals inside transport trucks—as they have been doing for years—with fines of up to $15,000 for a first offense and up to $25,000 for subsequent offenses. Bill 156 will also criminalize the actions of groups like Direct Action Everywhere and Meat the Victims who walk onto farms, document what they see, and share their findings.

According to Camille Labchuk, animal rights lawyer and executive director of Animal Justice, Russell’s death has further fueled the fight against Bill 156. “Regan’s death has now shone a global spotlight on ag-gag laws in Ontario, and people are even more motivated than before to see these dangerous laws challenged and struck down in court,” she says. Labchuk describes Bill 156 as “a massive violation of human rights laws, targeted directly at people who stand up for animal rights.” She states that Animal Justice will “fight to strike down Bill 156, and force the government to do what it should have done all along—regulate and monitor animal welfare on farms.”

Another group bringing attention to the plight of animals in the name of Russell is PETA. The pioneering animal rights group recently ran a full-page ad in the Toronto Sun in her honor. The ad includes a photo of a piglet dying on a farm and reads, in part:

This is a real individual, with thoughts, fears, the ability to feel love for his mother, his friends, his life. He was raised in filth, treated as a “thing,” not a living, feeling being. He died slowly on the hard, filthy floor of a factory farm before he could be forced onto a truck, scared and confused—not even knowing what a truck was—and taken to his death in a place where blood and offal are spattered on the floor and walls and the smell of fear is everywhere.

The Save Movement’s founder Anita Krajnc says that social media attention around Russell’s death has helped to recruit new members to the group, which holds vigils and bears witness outside spaces of animal oppression all over the world. “People are just so angry about what happened,” she says. “So many more people came to the memorial vigils, and we’re recruiting them to build a much, much bigger movement.” Krajnc believes that more people will become more active now, inspired by Russell. She also notes a disturbing lack of local and national news coverage of Russell’s death.

Following Russell’s death outside of Fearmans Pork slaughterhouse, local activists repeatedly requested that management release one of the pigs on the truck that killed Russell in her honor. Fearmans refused. There have been, however, several other animals rescued in Russell’s name. Two pigs named Regan and Russell, for example, were recently rescued from an Iowa farm and now live at Arthur’s Acres sanctuary in New York State. The sanctuary is built on the land of a former slaughterhouse.

Regan Russell was known as a kind, passionate, and dedicated activist. While the details regarding her death continue to be investigated, her legacy has already taken flight. Vigils, actions, boycotts, and other events are already in the works to keep her fight against oppression going and her voice for the vulnerable alive.

How My Cultural Identity Informs My Animal Advocacy

Supplier for Costco and In-N-Out Accused of Confining, Mistreating Animals