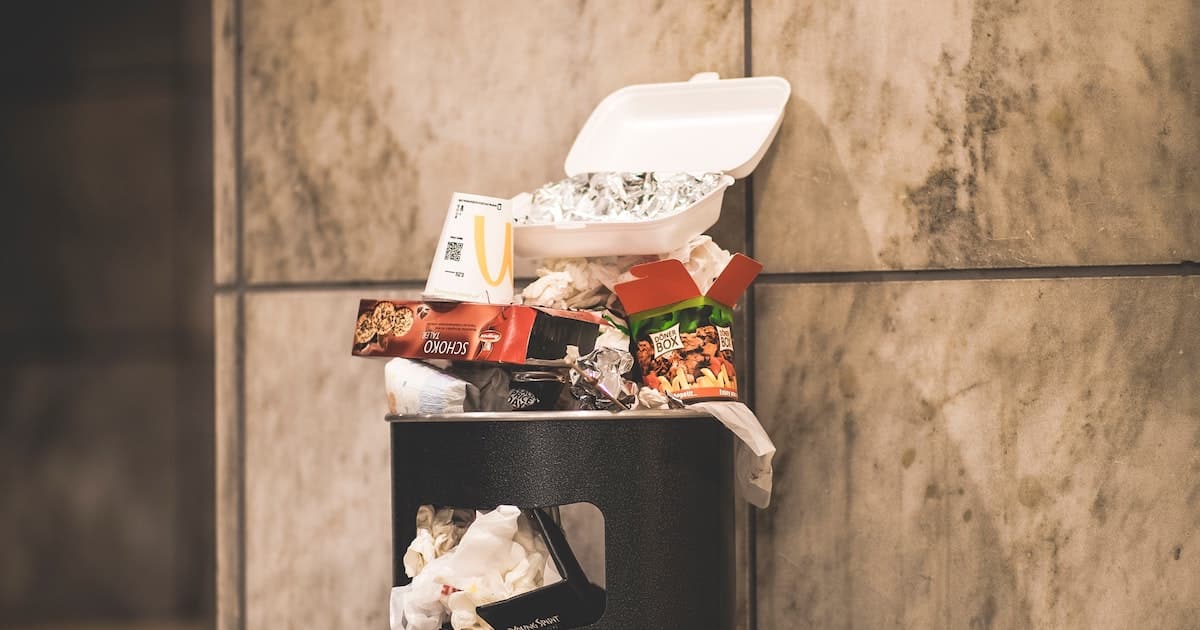 It is lunchtime in America. At almost any restaurant in any town across the country, a meat lover is ordering the smaller of two burger sizes until his waitress convinces him otherwise, selling him on the bigger burger. It is a better deal, after all, she says.

The monster-sized burger arrives, and although this diner has no trouble finishing his fries, he can only eat half his burger. Just too stuffed, he says. And because he’s not into leftovers, he lets the waitress sweep the half-eaten burger from the table, its fate undoubtedly a garbage can.

Meanwhile, his vegan dining mate is horrified. She wishes she could stuff the burger down his throat, even though it will make his cholesterol and heart issues worse, so the animal who suffered his or her entire life to be a burger didn’t give that life in vain.

Instead, she writes this article. Because animal cruelty doesn’t stop at the slaughterhouse and because nobody’s talking about the environmental impact of wasted animal-based foods. But it’s real, and it’s time to put this issue on the table.

The impact food waste has on the environment

To say that food waste is a huge deal in America is an understatement. Between 30 and 40 percent of all available food in this country is wasted, according to the U.S. Department of Agriculture (USDA). In 2010, that amounted to 218.9 pounds of food waste per person per year, and that rotting food places a massive strain on the environment.

According to the National Resources Defense Council (NRDC), food waste produces more greenhouse gas emissions than 37 million cars. Those emissions are primarily released in the growing process, but a good chunk comes from landfills, namely rotting food which is the top contributor to landfills. That wasted food emits a potent greenhouse gas called methane, 20 percent of America’s methane emissions coming from landfills, per the Environmental Protection Agency.

Yet not all food waste is created equal. “When people think about reducing the impact of their food waste, they often think about different disposal methods like composting instead of sending it to a landfill,” says Claire Cummings Bogle, Washington-based waste programs manager with Bon Appétit Management Company. Yet they’re not thinking about what they’re wasting. “The carbon impact of wasted food is based not just on how the product is disposed (composted or landfilled) but also on the resources that went into growing, processing, distributing and preparing that food, and when you waste meat, especially beef, and lamb, you are wasting food products that inherently have much higher carbon impacts than plant-based foods.”

So how much of that wasted food is animal-based? Among the top three food groups wasted, meat, poultry, and fish account for the largest category, representing 30 percent of wasted food. Another 17 percent is from dairy (third behind vegetables at 19 percent), according to the USDA.

A 2019 Food Insight survey dialed it in even further, asking consumers what wound up in their garbage at home. Animal products made up 27 percent of their waste, milk 25 percent, and cheese or yogurt 16 percent. Granted, this pales in comparison to fresh produce that accounted for 67 percent of the foods wasted, but the fact is that sentient beings are being tossed away is yet another example of how disconnected consumers are from their food.

And it’s not just in the homes that consumers are throwing away meat, eggs, and dairy. In 2017, Bon Appétit launched a patent-pending kitchen waste tracking app called Waste Not so that chefs in restaurants can report their waste. Although the focus was on why food was being wasted, Bogle spent a lot of time looking in compost bins. Her observation? “I feel confident saying that edible animal products are wasted in much higher amounts by people not eating what is on their plates than by food waste generated by chefs in our kitchens,” she says. “Our chefs are much more likely to find ways to repurpose, or at the very least, turn into stock any animal products that can’t be used in our kitchens whereas guests put something on their plate and waste it without thinking about the higher financial (and environmental) cost associated with animal proteins.”

That’s a concern for Tammy Fry, global brand lead for Fry Family Foods and marketing director for the LIVEKINDLY Collective. “In the modern-day world, people have lost touch with the traditional ways in which we would take the life of an animal to feed ourselves—and waste is always a by-product,” she says. “Conscious meat consumption would mean choosing only ethically sourced animals, organically grown, eating ‘nose to tail’ and only participating in eating meat a few days a month.”

Even though she’s an advocate for plant-based diets, Fry believes that a person who consciously decides to take the life of another sentient being should be respectful to the ultimate sacrifice that the animal made. And that prompts this question: What should people do with animal-based foods if they’re transitioning to veganism? “I would suggest donating them to friends or consuming the animal products you have, rather than throwing them away,” she says.

Will awareness bring a change in consumer habits?

Everything about change starts with awareness, and the more consumers hear the message about food waste, the more they might start listening and acting. “Education is so important,” Bogle says, adding that’s why Bon Appétit has a month-long awareness campaign and a fully branded Toward Zero Waste catering program. “Initiatives like these help guests understand the impact of their food waste.”

Of course, it’s not just raising awareness about food waste but also the animals whose lives were sacrificed to become food and are then pitched. That comes with an environmental toll as well as an emotional one. Cruelty, after all, doesn’t stop when an animal is slaughtered, and you can argue that throwing them away is yet another form of cruelty.

That’s a message Daniel Greenway is working to drive home in his newly released short film “Deep Fried Sticky Fingers.” In the brilliantly written animated film, he flips the tables on reality, switching the roles between humans and farmed animals. The film takes place in a restaurant where animals are ordering human meat in insane amounts. Meanwhile, the film interjects visions of a human, stripped naked and bleeding to death, in a slaughterhouse. The film ends with the waiter sweeping the remaining human fingers from the table and dumping them in the trash. “The ending was definitely inspired by our wastefulness as a species,” Greenway says. “The casual nature is quite shocking once juxtaposed with the grim first scene and [the] constant reference of the fingers.”

But change is always an uphill battle, something vegans know all too well. “Change is difficult, as most people in the world are internally focused or not yet fully conscious,” Fry says. “Yet as Buckminster Fuller said, ‘You never change things by fighting the existing reality. To change something, build a new model that makes the existing model obsolete.” That’s what the Fry Family Food Co., set out to do 30 years ago and what the LIVEKINDLY Collective is doing, making plant-based eating the new norm.

Sticky fingers crossed that as plates shift, so, too, will consciousness about the reasons not to throw “food” made from animals away (or any food, for that matter, unless there’s a valid reason) and certainly not to eat them in the first place. Until then, this vegan will continue to say a RIP for all of those half-eaten animals, their remains in garbage cans a sickening reminder of how twisted society has become.