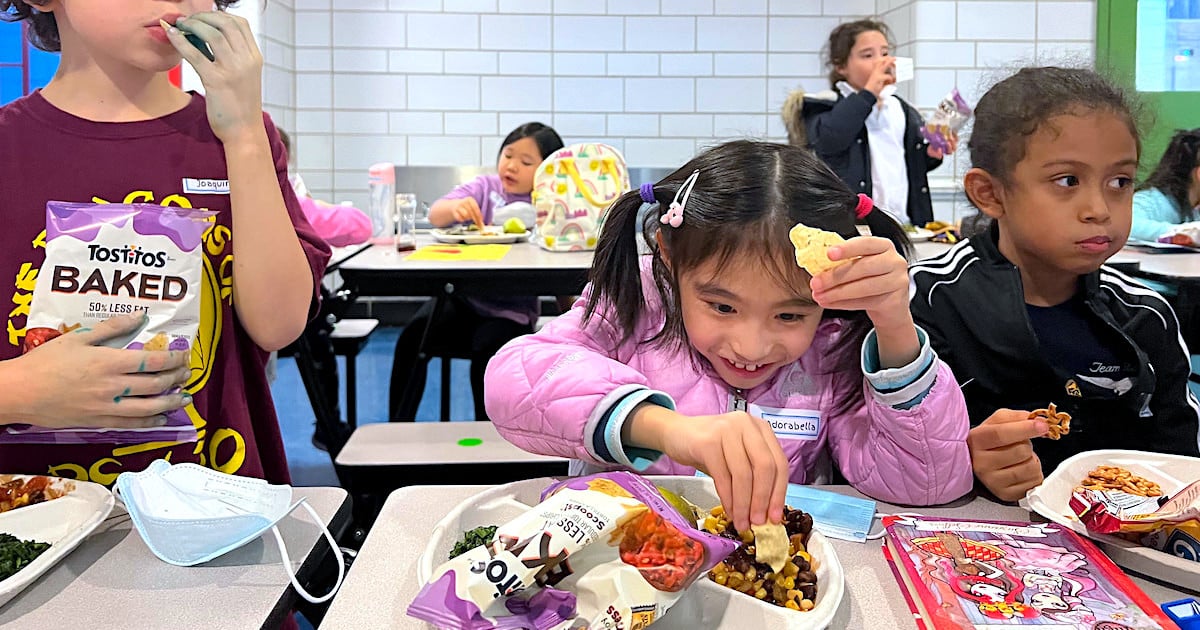 What Happens Behind Closed Doors in the Egg Industry

NYC schools launched the Vegan Fridays program on February 4th, making plant-based lunches available to all students in the nation’s largest school district. Providing quality lunches at schools is crucial, as many students do not have equitable access to nutritious foods at home. Nearly 30 million students depend on schools for free or reduced-cost meals, and the effects of the COVID-19 pandemic on school operations have taken a toll on schools’ ability to provide children with the food they need.

“Plant-based meals are delicious and nutritious, which is why I previously called for vegetarian and vegan options in schools,” said Mayor Adams, who has spoken publicly about his largely plant-based diet and how it has improved his health for years. “I’m thrilled to see that all students will now have access to healthy foods that will prevent debilitating health conditions.”

NYC’s public school system, which had already been serving meatless meals on Mondays and Fridays, has more than 1 million enrolled students, according to data from New York University.

“We should not be feeding the health care crisis in our prisons, our hospitals, and most importantly, in our schools, so we want to go in a more healthy direction,” Mayor Adams said, speaking with WNBC-TV last week.

Vegan Fridays have already drawn criticism, though, over the quality and variety of the first meals, which were supposed to include tacos with beans, tomatoes, and corn. In reality, the New York Post reports that students were served “a mix of entrees, some dairy-free and some not.” In at least one case, a student said they were served a pre-packaged burrito that may have contained dairy milk. The school system will also be offering cheese sandwiches, which contain dairy, as an alternative to its vegan meal.

It remains to be seen what the plant-based offerings will look like as the program continues, but the nutritional value of school lunches–often heavy in meat, dairy, fat, and sodium, and notably lacking more nutrient-dense foods like vegetables and legumes–has long been in question, as the focus of food policy is ever-changing.

Earlier this month, the USDA announced new standards for school nutrition that are set to begin in the 2022-2023 school year. The standards require 80 percent of grains served to be high in whole grains, which according to the USDA, offers vitamins, minerals, and fiber that help students “feel full longer so they stay alert to concentrate at school.” The allowed sodium limit will remain the same until the 2023-2024 school year, at which time, the limit will decrease by 10 percent for school lunches. The standards also require schools to offer only low-fat or non-fat unflavored milk and to limit the amount of fat in flavored milks served.

Dairy milk will still be offered to students on Vegan Fridays. Federal guidelines require schools to offer cow’s milk daily, and in fact, the National School Lunch Program even mandates that any offerings of water to students “shall not compete with the milk requirement,” and “schools must not directly or indirectly restrict the sale or marketing of fluid milk.” Dairy industry lobbying has played a major role in entrenching cow’s milk products in school lunches, including sweetened and flavored milks that have recently been a topic of fierce debate.

The Physicians Committee for Responsible Medicine wants the USDA to keep dairy milk out of school lunches completely, noting that lactose intolerance affects around 65 percent of the population and disproportionately impacts people of color. For now, though, milk is still on the menu.

Cook Vegan at Home to Protest What Got Us Here

Fighting Against Foie Gras: NYC Moves Toward A City-Wide Ban

NYC Fur Ban: The Beginning of the End for Fur Industry