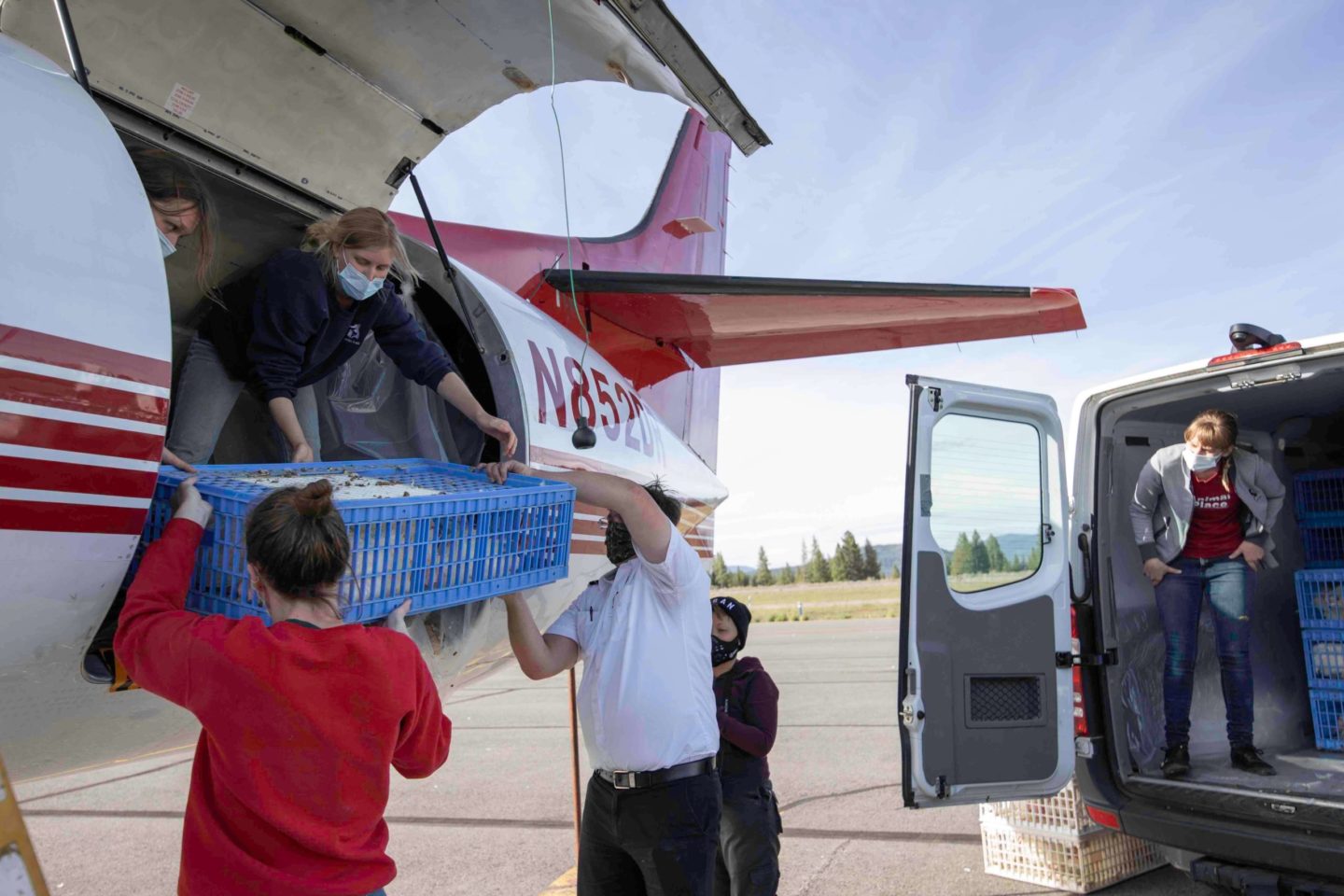 GRASS VALLEY, Calif. — Over the weekend, Animal Place, California’s oldest and largest sanctuary for farmed animals, rescued 1,000 hens from an egg farm in Iowa that scaled-down due to the COVID-19 pandemic.

The egg farm, which asked not to be identified, planned to kill more than 100,000 hens with carbon dioxide gas. The practice, called “depopulating,” is an increasingly common method used by struggling farmers who have nowhere to send their animals as infected workers, slaughterhouse closures, and disrupted supply chains wreak havoc on America’s food system.

Before “depopulating” its flock, the farm made an unusual decision to allow individuals onto the property to take hens, and local animal advocates alerted Animal Place, which specializes in large-scale rescues. Two Animal Place staffers then drove nearly 30 hours from California to Iowa to coordinate the rescue with eight local volunteers.

Living conditions inside the egg facility were dismal. Rescuers found a battery cage system with cages stacked four to five high with 10 hens in each cage. They also found cages with surviving hens forced to stand and walk on top of deceased hens. Dead hens littered the aisles of the barn.

With funds running low, the farmers had not been feeding their hens well for a week prior to rescue. Rescuers told Sentient Media that any hens who are too ill to be adopted will remain at the sanctuary and receive lifelong care.

On Saturday, the hens flew from Fort Dodge, Iowa to Truckee, Calif., about an hour from Animal Place’s Grass Valley sanctuary, where the hens will be nursed back to health and then adopted into backyard flocks throughout California.

“The entire process, from the 27-hour drive, arriving at the farm at 3 a.m., loading and unloading full crates from the planes and vehicles, and going straight to caring for them once we arrived at the sanctuary was the most exhausting experience I’ve ever had,” said Animal Place animal care director Hannah Beins.

“Given the distance and the logistics, our staff and supporters had to step up even more than usual,” said Animal Place executive director Kim Sturla. “Unfortunately not even we can take in 100,000 hens, which is a drop in the bucket of the hundreds of million hens killed annually by the egg industry, even in a typical year without a global pandemic.”

Even though they have many years of life ahead of them, once their production slows down, at 12-18 months, egg-laying hens are typically killed and replaced with new ones. About 95 percent of hens in the U.S. are housed in wire battery cages, allowing them less space than a standard piece of paper, unable to stretch their wings. On industrial farms, hens are bred for unusually high egg production, which depletes their calcium and causes osteoporosis and fractured bones. Cramped inside battery cages, these symptoms only intensify. “Anyone who has studied the social life of birds carefully will know that theirs is a subtle and complex world, where food and water are only a small part of their behavioral needs,” said Dr. Desmond Morris, a zoologist and animal behavior specialist.

“I would do it again in a heartbeat, because until their rescue these hens never got to touch grass or feel the sunshine, and now they can live out the rest of their lives as chickens should,” said Beins.