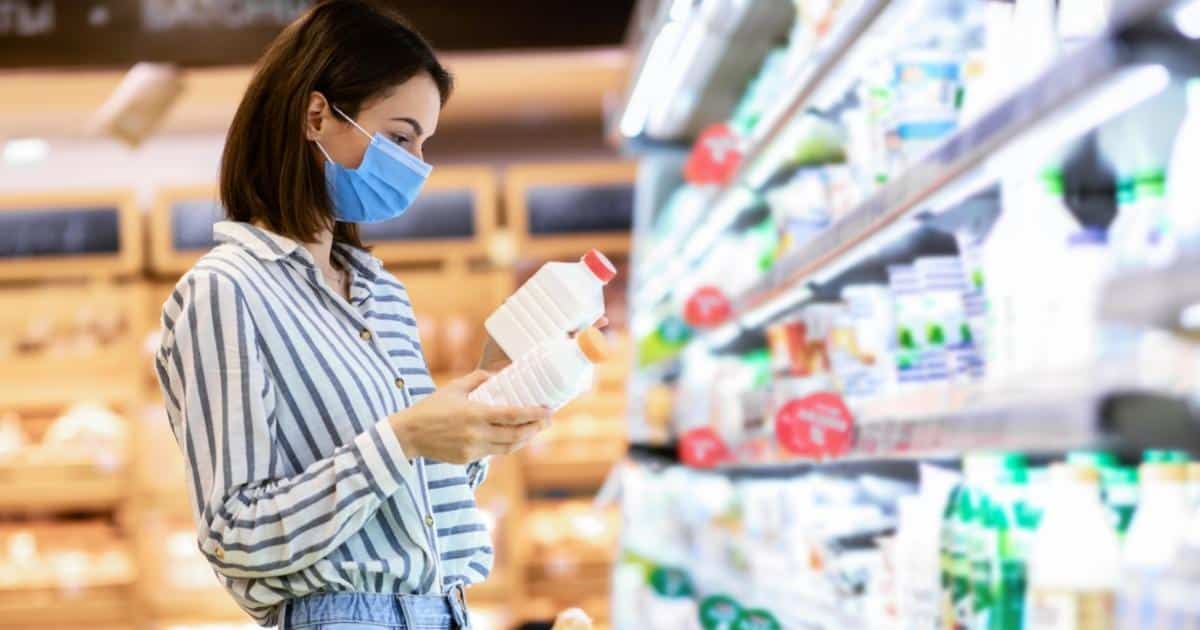 Dairy products have been part of our diets for centuries. Many of us count cheese and other dairy products among our favorite foods, but likely without knowing the brands that are behind the modern marketing of these products. Most of these companies own a variety of products and produce massive amounts of milk in order to meet demand. Their methods result in serious consequences for animals and the environment.

Top 10 Dairy Companies in the World

Based in Switzerland, Nestlé may be one of the most well-recognized companies in the world. They produce everything from beverages and pet care items to ready meals and dairy items. Their milk product and ice cream sales are worth roughly $11.5 billion annually. Despite the billions of dollars that Nestlé makes from its dairy products, they have continued to innovate with plant-based alternatives such as Wunda, a pea-based milk alternative.

Groupe Lactalis is an international dairy company and the number one cheese manufacturer in the world. The company is based in France but does business in about 50 countries. The company’s sales were over $20 billion in 2020. Groupe Lactalis owns a number of subsidiaries including Lactalis American Group, Karoun, and Lactalis Heritage Dairy.

Danone is another household name when it comes to dairy products, especially yogurt. Many of us have fond memories of their Danimals or Dananino drinkable yogurt in our lunch boxes when we were children. The most popular Danone dairy products are Activa yogurt, Danone yogurt, and International Delight coffee creamer. The company also owns the plant-based dairy brand Silk. When the sales of their plant-based products and dairy products are considered together, as they publish them, they produce about $14.4 billion in sales.

Based in New Zealand, Fonterra operates several different brands including NZMP and Anchor. In 2021, the company reported a net profit of $599 million. The brand operates in 50 different countries and produces, through its subsidiaries, a variety of dairy products including milk, butter, and cheese.

As is proudly displayed on the company’s website, Frieslandcampina produces milk for the whole world. They accomplish this by using 11,476 dairy farms to produce milk for the dozens of brands that they own which are marketed globally. Their brands include Black and White (milk tea), DFE Pharma (producer of excipients used in medications), Mona (dairy desserts), and Parrano (cheese) among many others. Their different brands are offered in locations including the Philippines, the Netherlands, Thailand, and Hong Kong. In 2020, the company had revenue totaling about $12.1 million.

Dairy Farmers of America, also known as DFA, owns some of the most recognizable dairy product brands in the United States. These include Borden cheese, Breakstone’s Butter, and TG Lee dairy. They also own a number of specialty brands such as PET evaporated milk and Sport Shake workout drinks. In 2020 the brands’ net sales totaled $17.8 billion.

Yili Group has been the leading dairy company within Asia for the last several years. The brand was responsible for supplying the dairy for the 2008 Olympics that took place in Beijing. They produce a variety of products including liquid milk, powdered milk, yogurt, ice cream, cheese, and bottled water. In 2020 the company reported a revenue of about $15 billion.

Saputo operates out of Canada, the U.S., Europe, Australia, and Argentina. Within these countries, they produce a wide array of dairy products under brands such as Cracker Barrel, King Island Dairy, Devondale, Stella, Friendship Dairies, Frigo Cheese, Bailey’s, and Dairyland. In just the second quarter of the 2022 fiscal year, the company had a revenue of about $3 billion.

Mengniu Dairy is a Chinese dairy company that produces dairy products for consumption within China. They produce a variety of products including yogurt and milk for chilling and a separate brand of each for consumption at room temperature. Other products in their line include ice cream and baby formula. In 2020 the company’s revenues totaled almost $12 billion.

Top 10 Dairy Companies in the U.S.

Saputo has several different branches, including one based in the United States. The brands can be found throughout the country and include Friendship Dairies and Frigo Cheese. In 2020, annual sales for the company across all operations topped $10 billion.

Nestlé USA produces a vast array of products in a variety of different industries. Their products can be found in most sections of the grocery store including pet food, frozen food, coffee, and plant-based aisles. Globally, the company has sales topping $90 billion annually across all industries, and the Americas are its largest market.

Agropur is another massive company with sales totaling over $5 billion. The dairy that they manufacture is used in a variety of products by a number of different companies.

Schreiber Foods produces dairy for a number of different restaurants and brands. Their products include beverages, cheese, cream cheese, and yogurt. Their annual sales total over $5 billion.

Kraft Heinz Co. produces a vast array of products. Among them are cheeses, and their offerings include powdered cheese, soft cheese, and Italian-style cheeses.

Conagra Brands owns and operates some of the most iconic brands that can be found on grocery store shelves all over the country. They include Reddi Wip, Vlasic, and even Gardein. Their total revenue in 2020 was about $11 billion.

Prairie Farms Dairy produces a range of products under their name including liquid milk, cottage cheese, ice cream, and dips. Their revenue in 2020 topped $3 billion.

Perhaps the most iconic Land O’ Lakes product is the butter branded under the same name. The company also produces cheese and cream under the brand. In 2020 their revenue was over $14 billion.

Who Owns the Largest Dairy Farm?

There are a few different ways to answer the question of who owns the largest dairy farm. Two of the more useful measures are the number of cows and the amount of milk produced.

By Number of Cows

When evaluating size by the number of cows in the herd, the largest dairy herd is in China and is owned by Modern Dairy. In 2018, the herd consisted of 134,315 dairy cows that produced 1.28 million metric tons of milk in the year.

If we’re considering the volume of milk produced when determining the largest dairy farm, Almarai tops the list. The Saudi Arabian producer contributed 1.47 million metric tons of milk to the industry in 2018. The company’s herd contains over 100,000 dairy cattle.

Why Are Dairy Companies Bad?

There are a few different ethical considerations that must be wrestled with when considering the morality of dairy. One of the most prominent considerations is that of animal welfare. Because male calves cannot produce milk, they are frequently sold to be slaughtered for veal. Female calves are raised to be dairy cattle. This means that they will be repeatedly bred from the time they are around a year and a half until they are sold to be slaughtered for ground beef when they are around four years old. At this point, their bodies are not able to produce enough milk to remain economically useful to the company. Throughout a dairy cow’s life, her children will be taken away from her, commonly at just a few hours old, so that the milk her body produces can be bottled and sold.

What Are the Impacts of Dairy Companies?

There are serious consequences to producing and marketing milk and other dairy products the way that these companies do to make their profits.

Though milk has been touted by the “Got Milk?” campaign as being essential for bones and general health and wellbeing, these claims have come under scrutiny. Some research has even suggested that consuming milk does not have any benefit for bone health and may actually cause Type 1 diabetes in young people.

The environmental impacts of dairy farming are far-reaching. The cattle themselves produce methane, a potent greenhouse gas. Shockingly the 13 largest dairy companies collectively produce the same quantity of greenhouse gases as the entire United Kingdom. The manure produced by the cattle can also run into streams and be absorbed into the ground, causing water pollution and fueling algal blooms that create dead zones in the oceans and have long-lasting impacts on ecosystems and wildlife.

Dairy farms contribute 1 percent of U.S. Gross Domestic Product and generate an economic impact of $628 billion. The industry is responsible for almost 3 million jobs in the United States. IT is especially important to rural communities within the United States where the farms are located and the cows are raised. The industry is not without problems, however, as smaller, family-owned farms are being driven out of business by larger operations with thousands of cows, as a surplus of milk drives down prices.

Given the numerous environmental, animal welfare, and personal health issues with the production and consumption of dairy, especially on such a massive scale, it’s time for us to consider alternatives. By choosing oat milk or soy milk instead of dairy milk when we visit the grocery store, we can take a step toward a brighter future with a healthier planet and less animal suffering.