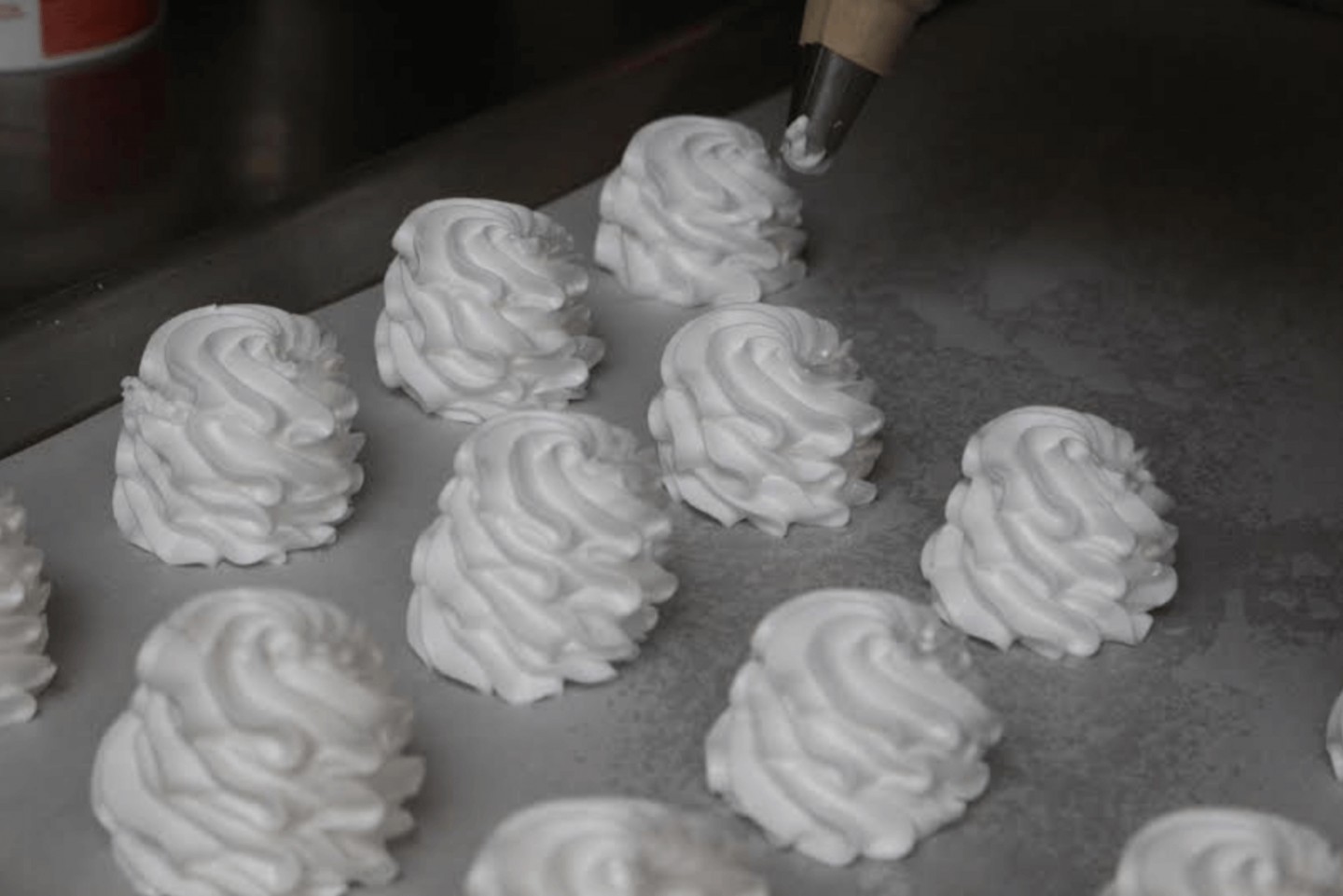 The Devastating Impact of the Dairy Industry on the Environment

Newcomer to the vegan food scene Clara Foods is making egg white from scratch—without the chickens or the eggs.

The Bay Area startup announced yesterday that it received a second round of funding, led by Illinois-based global ingredients supplier Ingredion at an undisclosed amount. Clara’s first round brought in $15 million back in 2016, rivaling the first rounds of tried-and-true food techies like JUST and Memphis Meats. JUST closed its first round of $4 million in 2013 and Memphis Meat closed round one at $17 million in 2017.

With the support of an industry giant like Ingredion, currently shipping ingredients to more than 120 countries around the world, Clara’s vision of an animal-free future will soon be accessible to millions of new consumers. The company also formally announced a global partnership with Ingredion to develop, market, and distribute animal-free proteins.

Together with Ingredion, Clara Foods Founder and CEO Arturo Elizondo hopes they can transform the status quo by bringing revolutionary products to the millions of consumers asking for more sustainable, affordable, and animal-free foods. The goal of Clara’s vegan egg white is to lower the costs of vegan baked good and other foods that traditionally call for expensive and often ineffective animal-free egg substitutes.

“We see extraordinary value in partnering with Ingredion to distribute our products globally,” Elizondo told PR Newswire. “Ingredion has been a global supplier to the food industry for more than a century and is as committed as Clara to satiating the massive unmet consumer demand for animal-free products.”

The latest round of funding will accelerate Clara’s first product launch. The company plans to bring the world’s first animal-free egg white to market by 2020.

What sets Clara Foods apart? The company’s team of scientists have revolutionized the practice of yeast fermentation to create animal-free egg products. That’s no small feat of bioengineering—and still, as any good scientist would, the food innovation specialists at Clara put their process in language that everyone can understand.

Yeast fermentation is more commonly known as cellular agriculture. To create your very own batch of animal-free egg whites, begin by mixing two ingredients found in nearly every good kitchen. Sugar and yeast.

“Next, we use advanced yeast engineering and fermentation technologies to selectively cultivate the perfect strain of yeast. We end with protein, tailor-made for its purpose.”

And that’s why Clara is getting paid the big bucks. Wait—it gets better. Clara’s fermentation process uses less water, land, and energy than traditional egg farming. The end result is an environmentally friendly, animal-free egg white with no pesticides, antibiotics, or preservatives. When the scientists at Clara Foods call their egg whites sustainable, they mean it.

It’s 2019 and the global food system is still almost entirely reliant on factory farming, a completely unsustainable and utterly horrific, inhumane way to treat animals and the environment.

To push out the animal-derived competition, animal-free food tech needs new capital and consumer demand. It has both. According to a report from Research and Markets, the global food tech industry is expected to exceed $250 billion by 2022. Nearly half of consumers from surveys conducted in Belgium and the United States said they would be willing to try the weirdest iteration of food technology yet: lab-grown meat. That’s a pretty good start.

Plant-based foods like the Impossible Burger 2.0 are approaching mainstream acceptability, too. Two-thirds of consumers around the world are eating more plant-based foods.

Data show demand for plant protein is on the rise, yet nearly half of the most popular US chains offer NO #plantbased entrées. Click to see how the 100 largest restaurants stack up and learn why plant-based = big business 👉 https://t.co/2bXOLpBQMO pic.twitter.com/4A4Yl0I39H

Of the plant-based food industry’s $3.7 billion total sales for 2018, an impressive $670 billion came from plant-based meat. When the plant- and cell-based meat market reaches 13%–a market share equivalent to that of plant-based milk today–it will be worth approximately $10 billion.

The race to cell-based meat is heating up, and major meat companies are not shying away from plant- and cell-based meat alternatives. In January 2018,  Tyson and Cargill hedged significant bets on cell-based meat, part of a $17 million Series A for Silicon Valley cell-based meat maker Memphis Meats. Tyson also led a $2.2 million round for Future Meat Technologies, based in Israel, later that year.

Companies like Tyson, Cargill, and Bell are already embracing the movement away from animal products and investing in plant- and cell-based meat. This comes as a welcome surprise to cell-based meat producers, who have struggled to keep the overhead costs of R&D down in recent years.

Despite the growing pains brought on by cell-based meat production, companies like JUST want to plant their flag in the global meat market, forecasted to produce 1.2 trillion pounds of meat by 2050, and they’re stopping at nothing to make it happen.

In six short years, JUST brought egg-free mayo and chicken-free eggs to Whole Food shoppers nationwide. Now the company is determined to enter the cellular agriculture space and replace the demand for factory-farmed meat entirely. How? JUST says it can produce cell-based meat and seafood that is over 10x more efficient than the world’s highest volume slaughterhouse, a 1,000,000-square-foot facility in Tar Heel, NC.

Expect to see JUST cell-based chicken bites released with “limited availability” at select restaurants outside the U.S. later this year.

Motif’s investors represent the largest Series A in food tech history. All told, they’ve been feeding the world for more than a century.

There’s no doubt cellular agriculture is sweeping the globe, from Clara’s breakthrough technologies to Motif’s long list of industry-leading backers, and it’s succeeding because the goal of this revolutionary technology is so simple: Make it possible for more people to eat affordably, sustainably, and animal-free. Because research and development of new cellular technologies today will help hundreds of thousands of food companies be better at feeding the world tomorrow.