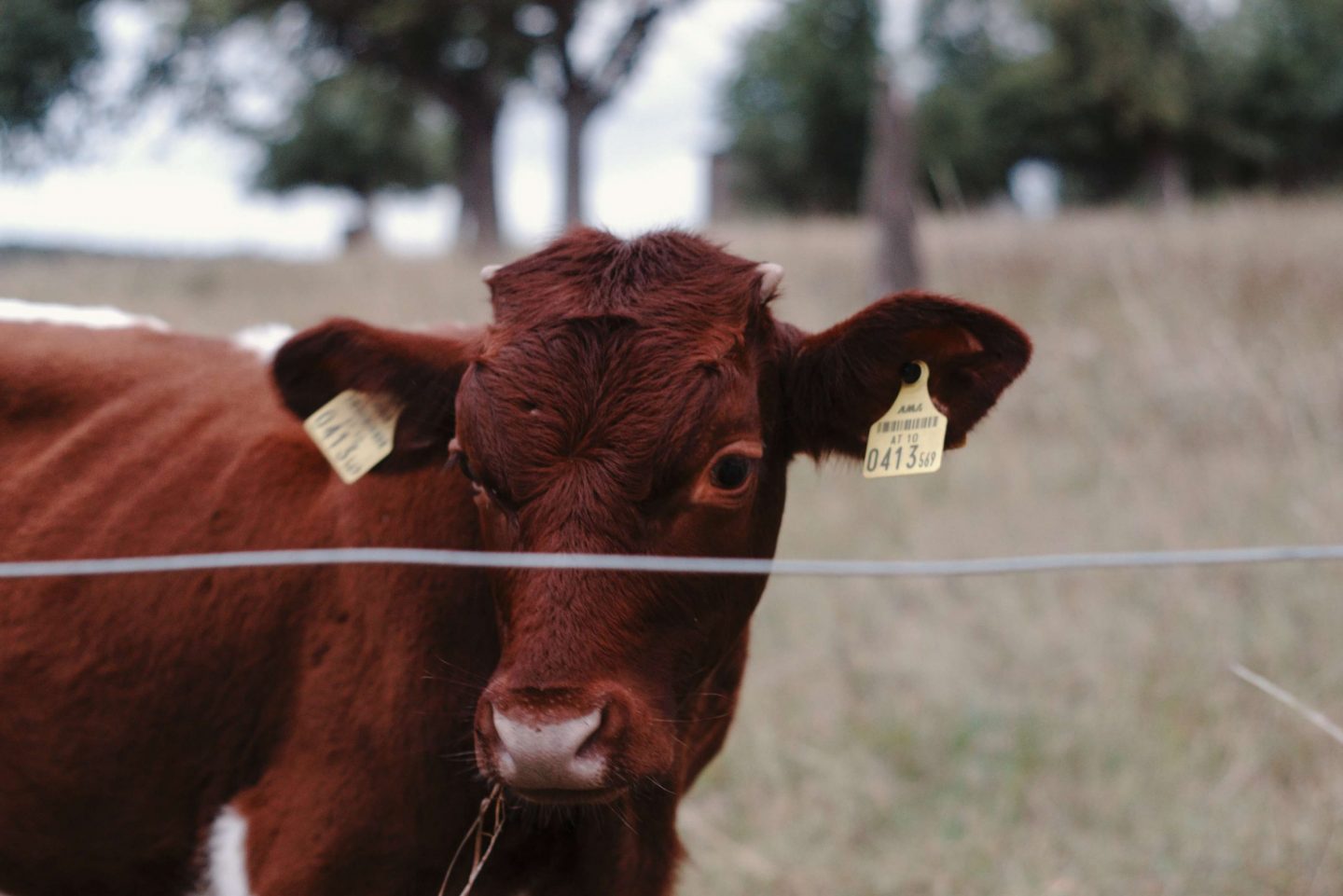 From animal advocate and scholar Kathryn Gillespie, The Cow with Ear Tag #1389 (University of Chicago 2018) documents the gruesome contradictions of the life and death of animals on factory farms.

The plan was to infiltrate a farm, get a job without disclosing the nature of her research, and write from within. That required board certifications from the university sponsoring the research, who told Gillespie the deceptive nature of her work would not be approved. They reserved those exceptions for medical studies using placebo drugs–and that was it. When it comes to farm animals, research is politics, and cows are money.

Like living cash cows, many do not see it past their sixth birthday. Farmers ensure their gross overproduction until they’re completely emaciated, then parade them around a ring with other dying animals at cull auctions before sending to slaughter.

When research is politics, and cows are money

Researching dairy farms is hard, especially for anyone coming in with a critical lens. We’ve report on many instances of journalists and activists turned away by factory farms, only to turn right back around and force their way in. Given the circumstances, a minor break in seems warranted. But Gillespie points out that this level of secrecy upheld by industrial- and small-scale farms promotes the culture of silence we so often cite as the “big problem” with animal farming.

Studying farm animals is truly the exception for animal studies. Most researchers study wildlife or lab animals, not factory farmed cows. So when the time came for her ethics review, she answered yes, her research did involve the use of nonhuman animals, with some reserve. Farm animals are not the same as lab animals. They are not test subjects. They’re subjects of human consumption. Naturally, the social structure of food production is very different than the social structure of biomedical research.

The proximity of animals to one another, the cruel mistreatment of mothers and their young, the slaughter, the profit, none of this looks anything like a research lab. So why is field research with farm animals being treated like lab research with lab animals?

The major obstacle, as they almost always seem to be, are the factory farms themselves. Industrial farming, now the norm, was closely followed by an increasing focus on what Gillespie and the industry call “biosecurity.” For dairy farms, in particular, biosecurity reflects “a growing fear of contamination from outside pathogens, a threat exacerbated by increasingly intensive production practices and the division of the industry.”

Farms cite biosecurity risks when closing their door to researchers like Gillespie to protect their cash cows from outside eyes. When she offered to buy her own hazmat suit to avoid contaminating one farm, the farmer bluntly replied, “That’s impossible.” Factory farms like this one still operate on a need to know basis where biosecurity roughly translates to the unwillingness to let outsiders in.

A hip, young academic researcher walks into a cattle auction wearing a fitted plaid shirt to hide her tattoos and a pair of Doc Martens boots. The room full of men stared. Even the auctioneer himself noticed, which made it hard to focus on the animals shuffling through the ring at the front of the room.

The cows ranged from five to six years old. Their bodies had already been ravaged from years of dairy production. Skin hung loosely around their ribs. Many were limping, caked in a combination of mud and feces that is impossible to tell apart. Udders dragging on the ground. As Gillespie puts it, this is what a cull action looks like. Animals are fearful, worn-out, close to death.

The animals belched loud, gutteral screams. Cow after cow moved through the room in a kind of haze, the kind of haze that makes you deeply ashamed to be a human at that moment, Gillespie writes.

Then the stall door opened and the cow with ear tag #1389 struggled in with a barcode stuck to her side. One of her back legs could not bear weight. You could see her hipbones. If we were talking about a person, you might picture someone dying on the street. This cow was dying in front of a room full of potential buyers. The lot sold for about $50 per hundred pounds of cow that day, which meant the cow with ear tag #1389 was a steal at $20 per hundred pounds, then $15, then $5. At the end of the day, they were all just a truck ride away from the slaughterhouse.

But the buyers in the room knew something Gillespie didn’t. As the handler escorted the cow with ear tag #1389 out of the ring, the crowd began to murmur and the cow collapsed. “Well, let her rest, I guess,” the auctioneer said. They brought out the next cow, carefully parading around the dying animal in the middle of the ring.

A scholar’s guide to the farm animal movement

This is what happens when you strip an animal of its livelihood and turn it into a commodity. As Gillespie so brilliantly puts it, it limits the way of knowing that life. We have a hard time seeing past the entrenched systems of production that allow for such animal suffering. Factory farms work like high walls around our consciousness. How can we possibly see the animals suffering inside if this is the only view the industry presents us?

We understand the life of a dairy cow in terms of how efficiently it can produce milk, Gillespie writes. “They become a form of living capital.”

The care of farm animals, however compassionate, must maximize production value. It’s the nature of the business, however corrupt and cruel the business might be. Industrial farming has become intensely normalized. Families pass down the practice for generations. It’s become so much a part of the human condition through advertising, legal systems, and other social mechanisms that the cycle of violence against animals can’t help but feel out of reach.

Bottom line: There is so much suffering hiding behind the walls of a factory farm. The Cow with Ear Tag #1389 reminds us that there are animals in there too.