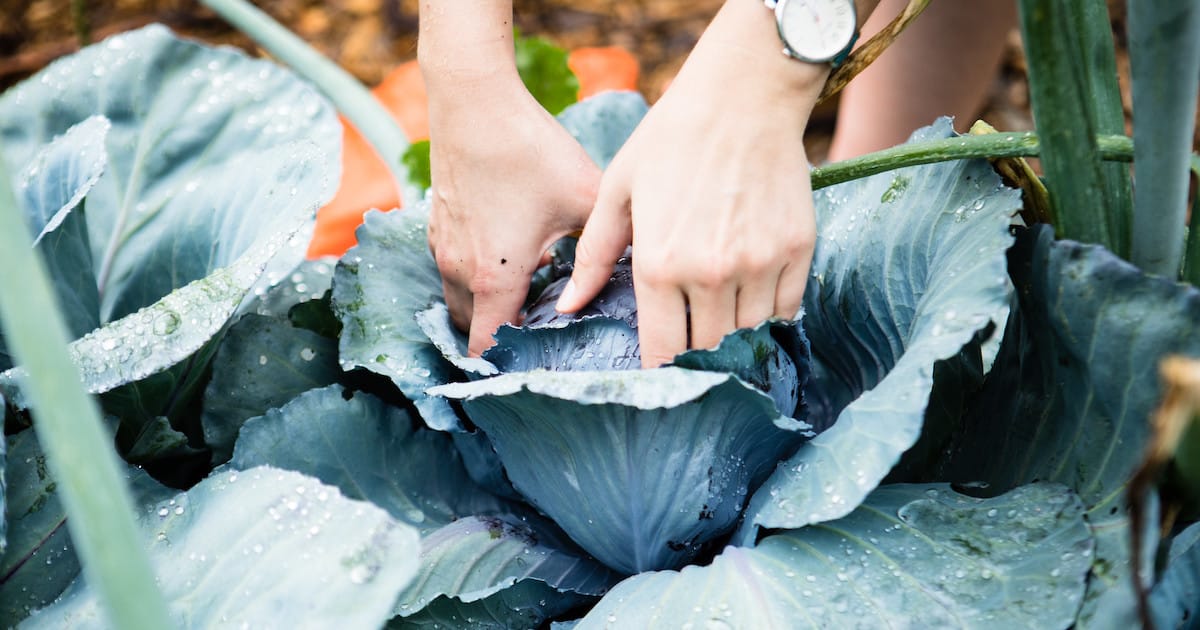 Why pay extra for a cucumber that looks the same but which was grown on an organic farm? Grocery shoppers buying organic are looking to protect the planet and its inhabitants—including their own personal health—one meal at a time.

What Is Organic Farming?

Organic farming is a system of agriculture that does not use pesticides or other harmful practices that are typical of industrial farms when growing plants and raising animals for food.

When Did Organic Farming Start?

Organic farming was the original farming practice prior to modern, conventional industrial farming. The term “organic farming” became popular in the first half of the 20th century in the United States among those seeking to correct some of the failings of mainstream, increasingly industrialized farming.

What Are Organic Farming Methods?

Being an organic farmer requires daily, careful attention to the land, and to the food you are growing. The following methods are common practices in organic farming.

An Emphasis on Biodiversity

According to the Rodale Institute’s The Truth About Organic guide, biodiversity is a key strategy for pest control. For example, instead of synthetic chemical pesticides, organic farmers can introduce natural predators, helpful insects, and crop rotation. Growing more than one crop on a farm means that the farm will have “more natural defenses than monoculture farms.”

Crops are usually grains—such as wheat; grasses—such as corn or hay; and legumes—such as soy, that are grown in large fields. Crops can also be any other plants grown on a large scale, including sugarcane and sunflowers. Because crops are by definition monocultures, organic farmers achieve biodiversity by rotating what types of plants they grow from season to season.

According to Sare.org, organic farming includes a focus on renewable resources, water and soil conservation, and ecosystem health. Biodiesel is one example of a renewable resource. You can read more about the difficult question of using biodegradable plastics in organic compost and mulches here.

Genetically modified organisms have had “a gene from another organism, whether closely related or not, spliced into its chromosome by humans in the laboratory,” according to Ann Larkin Hansen’s 2010 book, The Organic Farming Manual. The benefit of such a practice would be, for example, to make a plant resistant to weed-killers, making it easier to spray a field with herbicide.

Organic farmers promote feeding cows and pigs with grass and not grain, according to the Rodale Institute. They reject other practices that are typical of factory farming also. For example, organic farmers limit the use of antibiotics, endorse pasture-grazing, and feed animals organic food. Yet this does not mean that animal products labeled “organic” or “free-range” have always been produced in significantly better conditions than on factory farms. You can read a critique of organic livestock farming practices here.

While Hansen’s Organic Farming Manual promotes the use of guard animals, animal rescuers disagree: donkeys do not make good guard animals. The Open Sanctuary Project omits guarding livestock from its best practice for building good homes for llamas and donkeys.

Organic pest management strategies include maintaining healthy soil through crop rotation and other methods, and making the farm a home for predatory insects to reduce the number of pests that threaten the farm’s crops.

Organic farmers replace nutrients and structure in the soil where a crop was harvested, so that future crops can grow in that same soil. For example, plowing soil makes it vulnerable to erosion, and in response, early farmers learned to terrace their land, as Hansen discusses. Indigenous farmers invented soil health techniques such as planting more than one crop together or intercropping, according to the Rodale Institute. Access more soil management resources here.

Organic farmers rely heavily on tractors to push and pull farm implements. Plows can be attached to tractors to loosen the soil or bury crops, and grain drills are used to plant small seeds. Farmers can seek to use renewable energy to power their tool use, such as by using electric tractors, or they can simply try to be more efficient with their use of fossil fuels.

Weeds are plants that are growing in the wrong place. Because organic farmers do not use synthetic herbicides, control of weeds falls to techniques such as mechanical weeding, also known as cultivation. Mechanical weeding tools can be attached to tractors to uproot, dislodge, and kill plants that try to grow in between crop plants.

Sometimes, though, mulching is better than cultivation, which is why it is important to know how weeds grow and what conditions will discourage them from growing. Other techniques for controlling weeds are crop rotation, growing cover crops, and delaying planting dates.

Continual access of animals to pasture can lead to overgrazing and poorer quality feed for the animals. Rotational grazing, also called regenerative grazing, is the practice of restricting livestock and animals’ access to a pasture to let it regrow the grasses and other plants that the animals eat when they are allowed to graze. Rotational grazing encourages soil health and reduces erosion by sending plant roots deep into the ground.

What Are the Benefits of Organic Farming?

In the documentary “Super Size Me 2: Holy Chicken!,” Morgan Spurlock shows the damaging impact on animal health and welfare that results from food marketing practices and weak USDA standards. Spurlock showed that in order to meet the USDA standard for providing access to the outdoors to chickens raised for slaughter, he only had to open a door to the barn that basically functioned as a bay window. Today.com explains that had the documentary maker fed the chickens in the film organic feed, the chickens would have been considered organic.

Biodiversity is the variety of living organisms in ecosystems, and the earth’s biodiversity has been shrinking since 1970. As a response to unsustainable farming practices, organic farmers instead aim to protect the environment, including biodiversity. For example, organic farmers can provide food and homes for wild species, maintain healthy soils, and reduce water pollution.

Erosion is when soil is carried away by wind or water. Organic farmers can improve the structure of soil and protect soil from erosion by practicing crop rotation, intercropping (or planting two or more crops in the same field), minimum tillage, and more, according to FAO.org. The USDA also reports that planting cover crops, using mulches, and using crop residues as soil cover can prevent soil erosion.

Because of soil erosion and the use of synthetic fertilizers, conventional farmers produce water pollution in the form of algae that “grow faster than aquatic ecosystems can handle.” Organic farmers can protect watersheds by reducing the use of harmful fertilizers, and by protecting soil from erosion.

Fighting the Effects of Global Warming

Organic farms build healthy soil. There are a number of reasons why: they have higher amounts of organic matter, they can lock up vital nutrients, and they have a greater biodiversity of soil organisms—making the soil more nutritious and moist, and lowering the risk of disease-causing pathogens.

Reduced Exposure to Pesticides and Chemicals

Organic farming can help reduce human and non-human animal exposure to harmful chemicals. In one of many examples of systemically exploitative working conditions (which can also occur on farms that are producing organic products), farmworkers are often exposed to pesticides when they are picking crops or working in fields that have been recently sprayed. Exposure has been linked to dementia, cancer, and damage to immune systems, among other chronic illnesses. Meat-eaters can also be exposed to pesticides that build up in animal fat, according to EWG.org.

The Rodale Institute has made a website geared towards families with young children, explaining that organic farms help protect water health and conservation. The website states that organic farms reduce humans’ use of “harmful fertilizers, pesticides, antibiotics and other unhealthy chemicals that can wash into our water.” Organic farming practices such as cover cropping and crop rotation also lead to clean water.

What Is “Certified Organic”?

According to EWG.org, sales of organic food “have grown from $3.7 billion in 1997 to more than $43 billion in 2015,” making organic food one of the “fastest growing segments of the food industry.”

Organic farming is full of promise and shows many potential benefits of a world that is less reliant on unsustainable agriculture. But it can also be improved. Budding organic farmers and food consumers can learn more through the following links:

The Future of Organics

The word “organic” has a meaning that is linked to specific ways of producing food. Yet the onerous certification process that makes farms officially “organic” has in the past deterred Potomac Vegetable Farms in Vienna, Virginia, and other small farms from using “the ‘o’ word anymore,” even though they planned to continue farming as they did when they were first certified organic. While the certification process does come with its own drawbacks, in practice, organic farming is still a welcome alternative to the destructive tendencies of industrial agriculture.