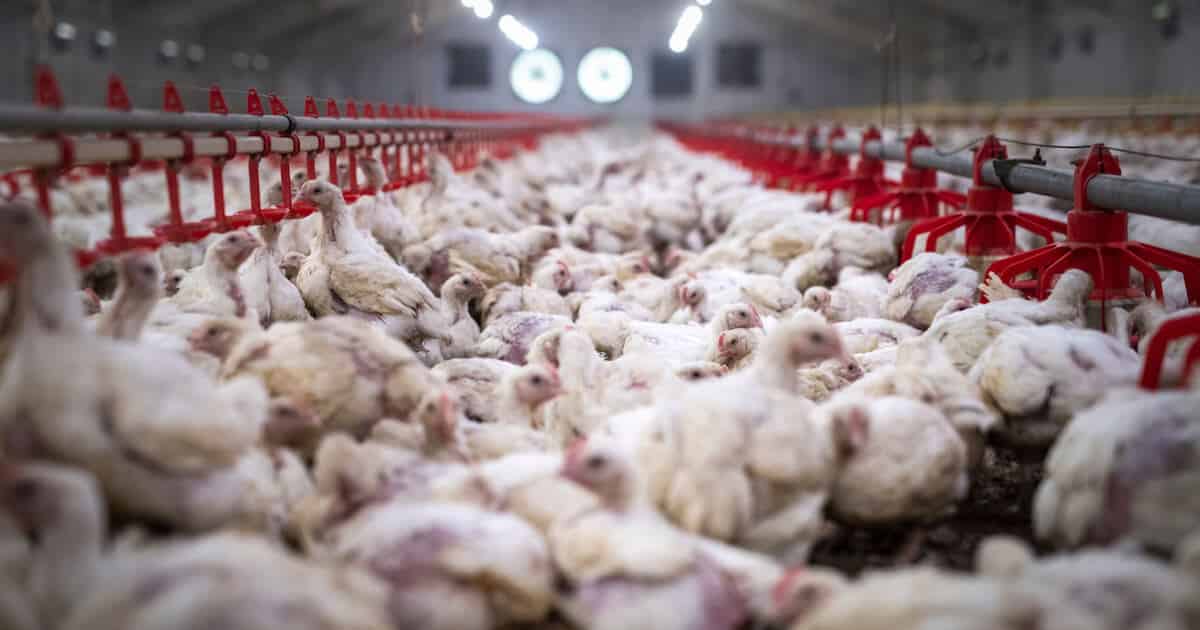 A scathing new report by a subcommittee of the House of Representatives alleges that the country’s largest meat producers made “baseless” claims of meat shortages to keep their facilities running in the early stages of the pandemic, despite being aware of “the acute risks the coronavirus posed to workers in meatpacking plants.”

Released on May 12, the report by the Select Subcommittee on the Coronavirus Crisis alleges that meat producers “engaged in a concerted effort with” officials from the Trump administration to keep plants open while protecting their companies from pandemic-related oversight and “legal liability for any resulting worker illness or death.”

The report claims that while multi-billion dollar companies Smithfield Foods and Tyson Foods warned an “imminent meat shortage” would result from slowed operations and staff absenteeism, “these fears were baseless.” Smithfield is the largest pork producer in the U.S., and Tyson reports producing 20 percent of the nation’s beef, pork, and chicken.

“Numerous public reports indicate that meatpacking companies had abundant inventory,” according to the report, as the companies were sounding the alarm over a risk of shortages. Meat exports continued and even increased, too. The U.S. exported more pork in April of 2020 than it had in each of the previous three years.

Further allegations in the report claim that meat producers “lobbied aggressively” for policies that forced workers to remain on the job and state that “the threat of ineligibility for unemployment benefits by workers if they quit was wielded extensively.” This lobbying had “tragic” consequences, including 59,000 infections and at least 269 deaths among the workforces of Smithfield, Tyson, JBS, Cargill, and National Beef, the nation’s five largest meatpackers, according to the report.

While these numbers are staggering, they likely do not represent the full scale of the harm done, per the report, as there were likely “countless more cases and deaths among meatpacking-adjacent communities driven by plant outbreaks.”

The new report is the latest of many recent allegations of meat industry malpractice, corruption, and failure to protect employees. In November, the same Congressional subcommittee stated that COVID-19 cases and deaths at the country’s five largest meatpackers were much higher than previous data showed, criticizing the companies as well as the Occupational Safety and Health Administration for being slow to implement worker safety measures. The issue dates back to July of 2020 when a group of more than 120 organizations slammed Tyson’s “egregious treatment of workers” during the pandemic.

Smithfield is the subject of a recent report linking 21 Missouri pig farms to three decades of “chronic” pollution. Smithfield also agreed to settle price-fixing litigation for $83 million in June 2021, and it is not the only meat company that has faced accusations of inflated prices. Just a few months earlier, in January 2021, Tyson agreed to a $221.5 million settlement over allegedly conspiring to raise chicken prices. More recently, JBS–the largest meat producer in the world–agreed to pay a $52.5 million beef price-fixing settlement in February of this year.

The Biden administration notes that 85 percent of the U.S. beef market is controlled by four companies, and many experts link the recent concentration of power in the meat industry to other issues like worsening conditions for workers, small farmers, and animals alike.

Addressing corporate consolidation in the meat industry has been a stated goal of the Biden administration, which has invested $1 billion into boosting competition in the industry.