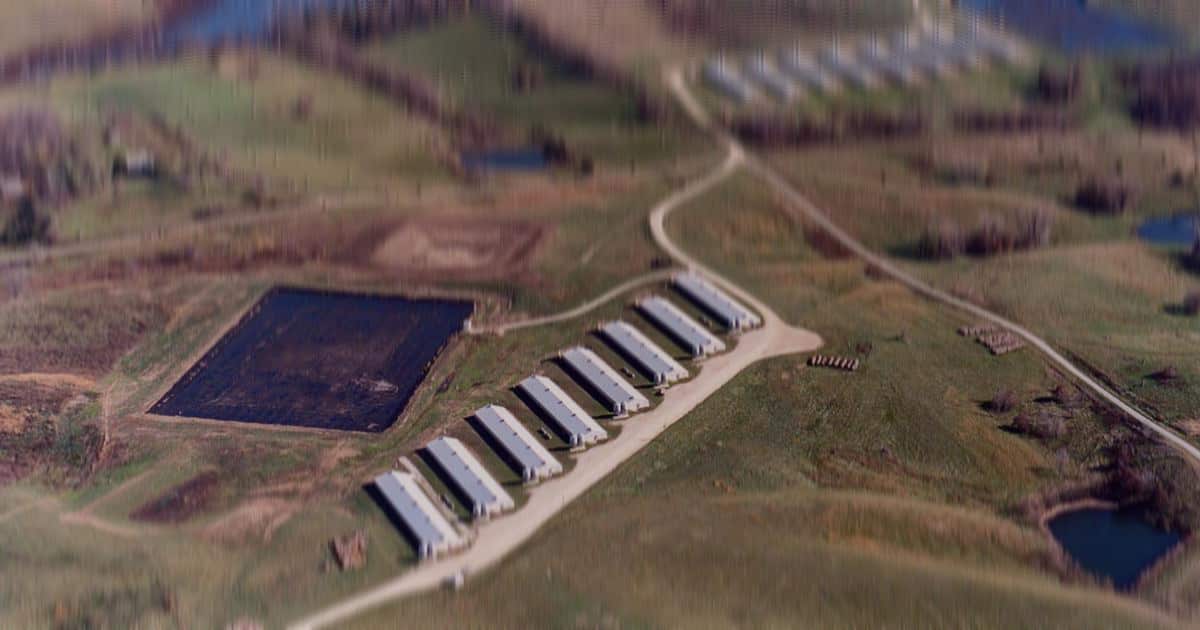 According to a report by the Socially Responsible Agriculture Project (SRAP), 21 Missouri pig farms, which have been owned by Smithfield Foods since 2006, have spilled more than 7.3 million gallons of waste over the past 30 years.

Missouri state regulators have confirmed SRAP’s findings, Reuters reports, but claim that most of the spills from Smithfield facilities were contained, never reaching area waterways. SRAP, on the other hand, is criticizing what it calls a “failure” by Missouri’s Department of Natural Resources (DNR) to address the problem of “Smithfield’s chronically polluting facilities.”

“Public records clearly show that Smithfield’s Missouri CAFOs have been major polluters ever since they were built,” says Sherri Dugger, SRAP’s executive director.

Smithfield is the largest pig and pork meat producer in the world, with farms and other operations in the U.S., Europe, and Mexico. SRAP’s report, which compiles findings from three decades of public records spanning 1991 to 2021, ties the company’s animal feeding operations (also called CAFOs or factory farms) to an average of 25 spills per year, amounting to an average of 240,000 gallons of waste spilled annually. The leaking of animal waste from industrial farms poses a threat to public health, polluting waterways that provide local communities with drinking water and sometimes contributing to algal blooms that can lead to massive die-offs of marine life.

SRAP’s research found that many of the regulatory violations that DNR listed as causes of spills were “repeated continually.” The report further states that problems including mismanagement of waste and manure lagoons “should be easy to avoid and easy to remedy,” suggesting that operators of the facilities have been “unable or unwilling to comply” with regulations and work to prevent spills.

In 2021, Smithfield became the first pork producer to obtain an International Organization for Standardizations (ISO) 14001 environmental certification for its U.S. facilities, stating that it “pushes the envelope in the research and development of innovative environmental technologies.” The company claims that for its consumers, this means “the guarantee of the highest environmental standards in the Smithfield production process.”

Smithfield took ownership of the 21 Missouri facilities included in the report when its purchase of Premium Standard Farms was completed in 2007. The acquisition gave Smithfield control of around 30 percent of the nation’s pork market. However, the Justice Department determined the purchase was “not likely to harm competition, consumers, or farmers.”

The Smithfield takeover is a prime example of the growing consolidation of the U.S. meat industry, in which a handful of large corporations hold much of the power. The rise of agribusiness and factory farming has caused immense animal suffering and left many small farmers struggling in debt and powerless to escape the grip of corporate agriculture. Today, around 99 percent of farmed animals raised in the U.S. live inside factory farms.

And while it may seem likely that a major corporation taking control of new farms would lead to improvements, Scott Dye, SRAP’s research and reports specialist and author of its new report, says their data shows that the problem has only gotten worse since Smithfield took over 15 years ago. In fact, spills have increased by 70 percent.

Dye learned this the hard way. He currently owns and lives on a small Missouri farm that has been in his family for 137 years. But in 1994, a factory farm—which is now owned by Smithfield—moved in next door.

When Smithfield moves in next door

Dye estimates that his farmhouse sits about 3,300 feet from the closest manure lagoon at Smithfield’s sprawling Whitetail Complex. If he stood at his fence, he tells Sentient Media, he could throw a stone into the lagoon.

“We were like Old McDonald’s Farm, you name the crop or the animal and we were raising it,” says Dye of his family farm, which was founded by his grandfather in 1885 and located along the Willow Branch stream. The farm has changed a lot since then. Now, “on the other side of the fence is 80,000 hogs,” he says.

The factory farms purchased by Smithfield in Missouri were the largest in the state and among the largest in the nation at the time, says Dye. “CAFOs are bad any way you look at it,” he says, bad for animals, farmers, workers, and rural communities and rural economies alike. Dye calls disease “an endemic thing” on factory farms. “This is what happens when you try to put too many animals in the same place,” he says.

Dye recalls a 1996 power failure at Smithfield’s Whitetail Farm that left thousands of pigs to slowly asphyxiate as gases from their waste filled the building. “Those animals basically suffocated in their own waste,” he says. “Once the fans stop, and you can’t clear that stuff out of there, nothing can survive in that environment.”

While Dye believes that is unlikely to happen again, as Smithfield has since put in a generator as a backup in case of power failure, he points to other animal welfare problems SRAP has found at Smithfield. This includes ceiling collapses under the weight of snow and several major fires, one of which occurred at a Smithfield pig nursery in 2006, killing “an unknown number of baby pigs,” according to the report.

In March, Smithfield’s Somerset Farm was fined $18,000 for spilling 300,000 gallons of manure into local creeks, in addition to 200,000 gallons of spilled waste that did not make it off the farm. Dye told the Missouri Independent the fine was “junk change” for a “multi-billion dollar, multinational company” such as Smithfield, which he has called the “worst agricultural polluter in Missouri history.”

Will the next 30 years be any better?

Dye remains hopeful that “as long as there are people willing to fight for their communities,” Missourians have a chance to push back against the growth of pig farming in the state.

Although at the moment, the communities most impacted by factory farming have little power to improve the situation. In 2019, Missouri passed legislation barring counties from enacting health ordinances regulating factory farms that differ from those of the state, which are some of the weakest in the country.

Dye says the findings of SRAP’s report speak for themselves, demonstrating a systemic problem at Smithfield and the need for a response from the Missouri DNR.

“We want to have a dialogue with the DNR,” says Dye, whose research spans decades. “What are you going to do to make sure that the next 30 years don’t look like the last 30 years?”