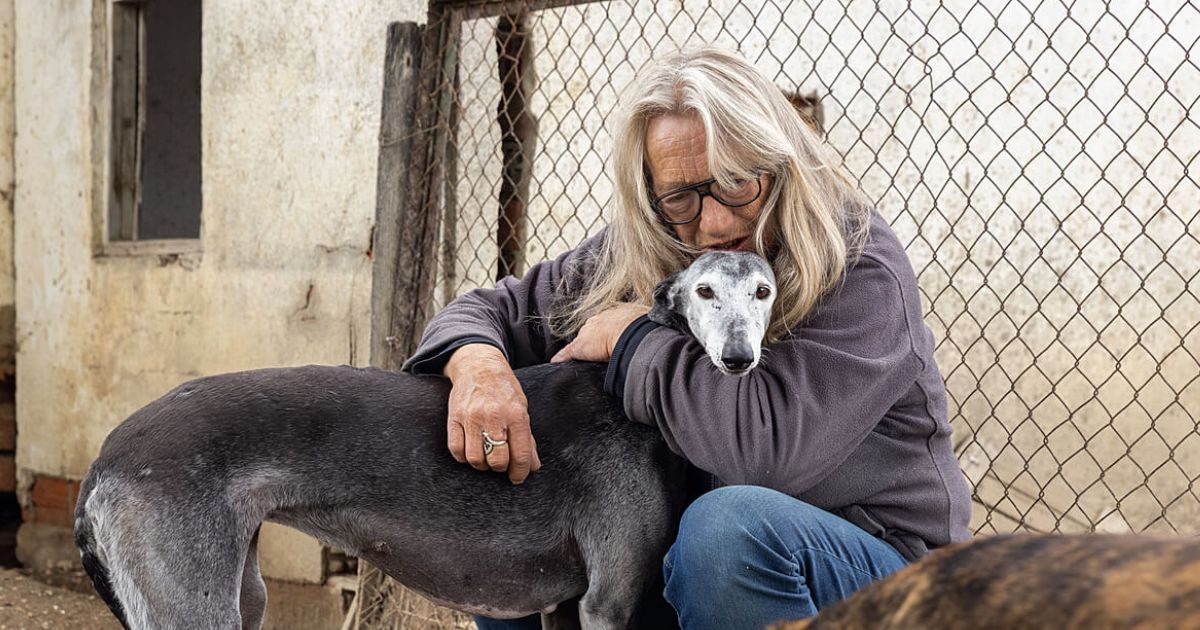 Rescuing and caring for sanctuary animals day in and day out is no easy task. “We don’t have the luxury of clocking out at the end of the day, and most of us don’t even have an end of day,” says Gretchen Eberle, founder of Off The Plate Sanctuary in Montgomery, Vermont. “Sanctuary work is a 24-hour-a-day commitment, and most days, it’s difficult to turn off our emotions.”

Long term animal caregivers may find themselves suffering from a kind of burnout after witnessing daily trauma called “compassion fatigue.” The condition isn’t limited to animal sanctuary workers, however. In fact, most of the public probably associates it with human caregiving professions like nursing and social work. As a result, for years, this hazard has flown under the radar in farm and animal sanctuary work.

Left unchecked and unaddressed, the consequences can be devastating. “Without identifying signs, symptoms and treatments, not only will the health of the individual be negatively affected but also the health of the organization, resulting in a failure to achieve its mission,” says Marilyn Kroplick, M.D., president of In Defense of Animals.

What Is Compassion Fatigue?

In a world where killing animals for food is widely accepted, it’s little wonder that animal sanctuary staff and volunteers are at risk for compassion fatigue. But what is it exactly? “It’s when you’ve depleted your emotional resources due to continually helping those who are in need and depending on you,” says April Lang, LCSW, a therapist in New York City who specializes in working with ethical vegans and animal advocates.

Symptoms are wide-ranging but, according to Lang, some of the most common examples are: depression, anxiety, irritability, outbursts of rage, lack of patience, sadness and feeling disconnected from people and usual activities. More physical symptoms include gastrointestinal issues, headaches, sleeping too much or too little, eating too much or too little, low energy and using or increasing use of substances like drugs or alcohol.

While other caregiving professionals can suffer from compassion fatigue, there are differences in how it affects animal workers. “The overwhelming numbers of animals, the insufficient resources for care and the anticipated euthanasia date take their toll, and make animal rescue distinct from treating humans,” Kroplick says. Those in the animal sanctuary world often view animal care as their calling, and hope to save every animal’s life, but “twinges of grief and guilt disturb a blissful fantasy when raw reality enters,” she says.

More than human caregivers, animal caregivers also exhibit what Kroplick calls “helping professions syndrome,” which she describes as “perceiving the needs of others as greater than their own wellbeing.”

Plus, animal sanctuary staff are more frequently exposed to the worst of humanity, which takes a toll, says Lang. “These people are working around beings for whom abuse and neglect have been a way of life, and they’re also exposed to the callousness of people for whom that’s not an issue,” she says. “Having one’s dedication to non-human animals constantly invalidated is difficult to deal with.”

Compassion fatigue can even impact sanctuary workers in different ways. “One tour leader at a sanctuary might find it extremely upsetting to tell, time and time again, the story of a pig on a farm who was abused,” Lang says. “Meanwhile, his or her coworker might see the experience as a wonderful opportunity to educate the public and look forward to it.” On top of all of this, there are some individuals who might come to sanctuary work with untreated depression, anxiety or even PTSD, and although it may be therapeutic for some of these individuals to work with animals, others might find it too triggering and unsustainable, she adds.

Compassion Fatigue Can Even Affect the Animal Sanctuary

The physical and mental health problems caused by compassion fatigue can result in higher absentee rates, poorer motivation, workplace dread and a sense of alienation.

For the organization, the effects could thwart every aspect of their operations. “If we don’t recognize the need to step back from time to time and decompress, we can’t put our full effort into the animals and everything else that it takes to run a sanctuary,” says Eberle, who says she and her husband Charlie Snedicor, co-founder of Off the Plate, have experienced compassion fatigue in some form. Not only has the financial and emotional stress placed a toll on their relationships, the accumulating vet bills and loss of a beloved animal can also hamper their work.

Negative feelings can be somewhat contagious too. “It’s human nature to pick up one another’s energy, and if one or two folks are depressed and thus disinterested in their jobs, their lack of motivation could spread to others,” Lang says. For those sanctuaries that deal with the public, employees or volunteers who are depressed or angry could impact the public’s perception of that sanctuary, and make them less willing to learn and engage, perhaps even contribute to their cause.

How To Help Combat Compassion Fatigue

Overcoming — and even preventing — compassion fatigue starts with sanctuary workers developing empathy for themselves. “Animal caregivers tend to want to help others but not always themselves,” Kroplick says, noting that their jobs often cause work and play imbalance and inadequate self-care.

Once that happens, the healing process can begin. “Achieving a life balance, developing self-care strategies and learning how to distinguish daily life stressors from compassion fatigue is a really good start,” Kroplick says. Counseling can also help, and In Defense of Animals offers free counseling for animal activists and caregivers (contact its support line at 800-705-0425 or log onto www.idausa.org/activistsupport). It also provides additional resources, including a list of therapists who are sensitive to animal activist issues.

For Eberle and her husband, communication is key. “When one of us is feeling like we just can’t deal, the other is there to talk us back up,” she says. It also helps them to make lists of things that need to be done in order of importance. Every time they cross something off, it gives them an emotional uplift and feeling of accomplishment.

Although it’s largely up to sanctuary workers to find ways to prevent and overcome compassion fatigue, there are ways the public can help, starting with treating sanctuary workers with respect. “Don’t be dismissive of their love for non-human animals by alluding to it being quirky or silly,” Lang says. “Try to educate yourself about the lives of the animals they’re helping.”

Support, Eberle says, is also critical. “Understand how much it takes for small sanctuaries to stay afloat so donate when you can or even better, donate a small amount monthly.” By sharing sanctuary stories on social media, people can see the sanctuary’s work and mission, she adds. Most importantly, let the sanctuary know you appreciate them. Getting messages from followers saying they’ve changed their ways, says Eberle, “it’s more than rewarding.”