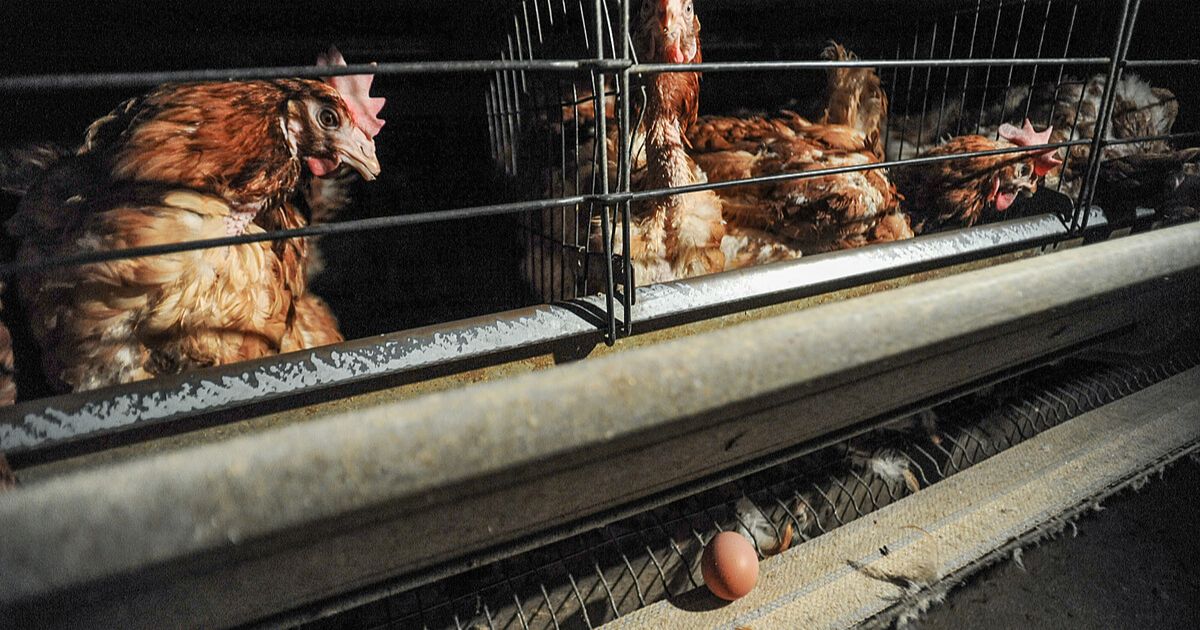 Egg eaters say they care about where their omelets come from. Countless consumer surveys have shown that consumers in the west (and across the globe) are demanding higher animal welfare standards for eggs, and at least half are willing to pay a premium for it.

As a result, food retailers across the U.S., E.U. and U.K. have made some form of commitment to going cage-free, meaning hens are instead kept in large sheds with greater ability to exhibit natural behaviors than they would when caged. Some jurisdictions have even enacted laws requiring egg producers phase out battery cage systems.

There has, however, been a notable blip in this process toward widespread cage-free egg production thanks to enriched cages — more accurately described as furnished cages. For one country, a surge in enriched cages continues to thwart progress.

What Are Enriched Cages?

Enriched cages — also called furnished cages — are a type of battery cage, just with a bit more space, “about the size of a postcard for each bird, an area for egg laying and some perch space,” according to World Animal Protection.

Though enriched cages were at one time presented as a sort of better alternative to conventional cages in the U.S., says Ben Williamson, U.S. executive director of Compassion in World Farming, they did not really take off. “It’s a nice concept, enriching cages — who doesn’t want to be enriched,” he says, “but it hasn’t worked.”

The reason, Williamson explains, is because of “tremendous public dissatisfaction with cages as a concept,” he says, citing public polling from 2015 that shows around two thirds of Americans don’t want to see farmed animals in cages.

The percentage of hens kept in cages in the U.S. has gone from 90 percent in 2016 to 65 percent today and,  in the next five years, is expected to decrease to as much as 30 percent by some estimates, says Williamson, assuming companies make good on their pledges. Less than 1 percent of egg laying hens in the US are currently held in enriched cages.

Which Countries Still Use Enriched Cages?

In Europe — where 45 percent of hens remain confined in the E.U. as of 2021 and 35 percent still confined in the U.K. — “the only cages left are enriched cages” explains Nyman. The EU is set to ban all farmed animal caging by 2027.

Thus while the E.U. is now phasing out enriched cages, the U.S., Nyman says “has just skipped this and is going directly from conventional to cage-free.”

Canada, however, remains the Western leader in hen confinement, with 83 percent of egg-laying hens still confined to battery cages as of last year – 27 percent in enriched cages, according to Mercy.

“Canada is falling behind,” says Nyman. “We are not paying attention to the lessons that have already been learned in the US and Europe.” For example, popular restaurant chain A&W — known for being socially and environmentally conscious, including being the first to bring the Beyond Burger to fast food in Canada — proudly promotes on its website that it sources all of its eggs from enriched cage systems.

In its second annual Canada Animal Welfare Scorecard, Mercy ranked 55 food companies operating in Canada based on their public animal welfare policies, including the confinement of egg-laying hens. The report compared the Canadian food industry’s animal welfare policies to several other countries, and found the oft-considered most compassionate nation has more egg-laying hens in cages than the other countries surveyed.

Cost and efficiency may explain it. Says Nyman, “it was a lower cost alternative to going cage-free […] and enriched cage systems can be more easily converted from conventional cage systems.”

Yet in consumer surveys, the public rejects confinement systems. According to polling conducted in 2016 in collaboration with Mercy, more than 75 percent of Canadian respondents support cage-free egg production, with 81 percent willing to pay more for it.

Ultimately, what the public wants will make the difference. Says Nyman: “The interest in the first place that led to this move to bigger cages was people recognizing that they don’t want animals in the food system to be confined in such extreme conditions.”

What Happens Behind Closed Doors in the Egg Industry