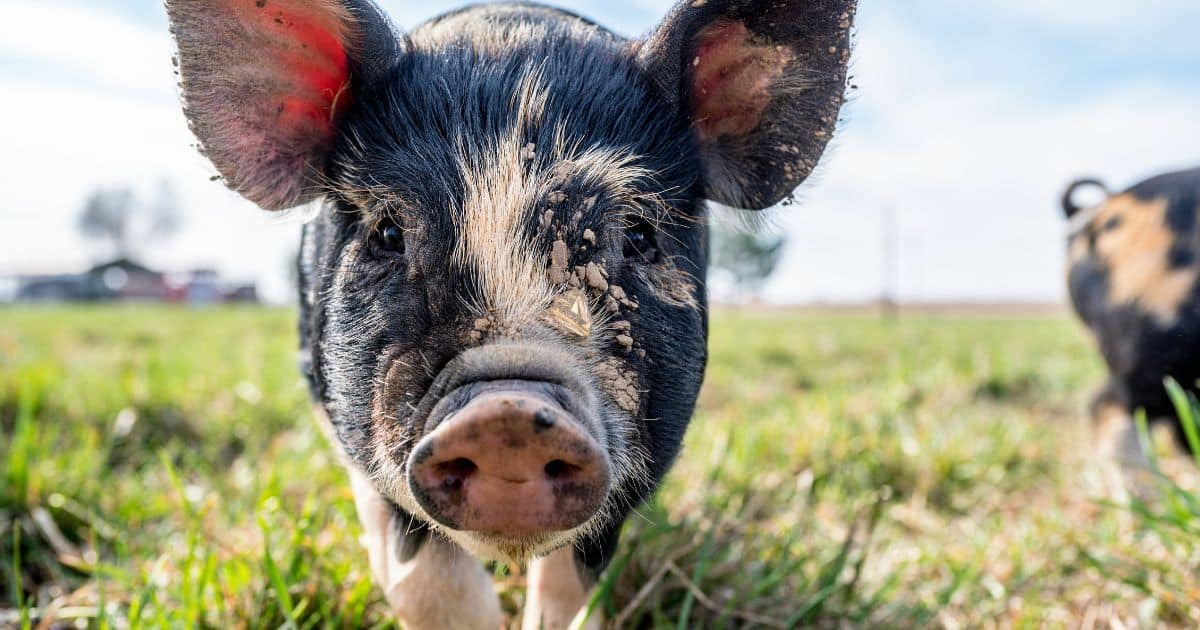 As long as the U.K. government has been working on their Genetic Technology Bill, Peter Stevenson has been locked in the fight against it.

“For some years, we’ve been writing to different ministers and government officials setting out the arguments why they shouldn’t permit gene-editing animals in the U.K.,” says Stevenson, the chief policy advisor at Compassion In World Farming.

The bill, currently going through the House of Lords, will allow the use of precision breeding on farm animals. Precision breeding is a gene-editing technique that brings about changes which could otherwise occur in traditional selective breeding processes – basically, a biotechnological shortcut. One of the aims of the U.K. government is to breed bird flu resistance into chickens. After the bill passes through the Lords, it is returned to the House of Commons where any amendments are discussed. This process continues until both Houses agree on the exact wording.

There are concerns, however, that the bill doesn’t adequately account for animal welfare – and that’s not without reason.

“If you look at the last roughly 50 years of selective breeding, you will see that this has caused immense health and welfare problems for virtually all the main farm species, because they’ve been selected to grow faster or for higher yields,” says Stevenson. In the U.K., for example, almost one-third of intensively reared broiler chickens develop heart or lung problems.

Both government and industry seem more concerned with using welfare rhetoric as a way of garnering support and sympathy, while acting in the complete opposite direction. Last year, legislation to ban farrowing crates was opposed by the National Pig Association and subsequently dropped from the Animal Welfare Bill by government officials. This happened just after pig farmers were complaining in national media about the “acute welfare disaster” of butcher shortages due to Brexit.

The Cases For and Against Gene Editing

There is, however, an argument to be made that precision breeding could, in fact, improve animal welfare.

“It really depends not simply on what is done, but on how it is used, and the context in which it is used,” says Peter Mills, the associate director of The Nuffield Council on Bioethics.

Take cow horns, for example. In the U.K., the breeds used in industrial animal agriculture have horns, and they have to be removed or “disbudded” to prevent them being used as a weapon against other cows, or the farm workers around them. By using precision breeding, it’s possible to make hornless breeds without sacrificing any productivity.

“So you end up getting cattle that don’t have to go through the rather unpleasant and often painful, and potentially health threatening process, of having their own buds removed using either caustic paste or hot iron,” Mills continues.

There are other examples of how precision breeding could improve welfare. Researchers have gene-edited hens to lay eggs from which only females will hatch, preventing a common industry practice in which males are shredded alive within hours of being born. Breeding chickens to resist bird flu could help to reduce the distress associated with the symptoms of the virus.

But experts in animal ethics argue the welfare improvements brought on by precision breeding could be used as an excuse to further entrench the current farming system.

“Through precision breeding or any types of genetic modification, what you’re doing is you’re basically adapting the animal to the farm rather than the other way around,” says Bernice Bovenkerk, an associate professor in animal ethics at Wageningen University & Research, the Netherlands.

In an ideal world, Bovenkerk says, we wouldn’t farm animals in the first place. Recognizing that we don’t live in that world, however, she accepts that precision breeding could play a role in improving animal welfare, but only in a scenario where it doesn’t make the ideal situation – not farming animals – less likely.

She adds “there is a risk there that you basically breed animals to such an extent that they can cope with very adverse circumstances” when it’s “the circumstances that you should be changing.”

“What we don’t want is for gene editing technologies or precision breeding technologies to be used simply to enable animals to endure conditions of poor welfare without manifesting adverse health to those conditions,” he says. “We don’t just want to make them healthier so that they can have a poorer quality of life.”

But, under the bill as it currently is, there’s a real risk that could happen.

“The current so-called animal welfare safeguards are just too broad and ill defined to be of much help,” says Stevenson. According to him, all of the provisions that would protect animals are supposed to come in subsequent legislation. By passing the bill without provisions in place, Stevenson says it’s like giving the government a “blank cheque.”

When he first laid eyes on the bill in 2021, Mills noticed that animal welfare was only mentioned in passing. He also agrees with Stevenson that the lack of detail in the current bill is concerning, explaining that the things included in there are “discretionary, rather than mandatory provisions.”

“It says the Secretary of State may do this, but doesn’t have to do it,” says Mills. When protections are presented as recommendations, rather than requirements, it allows the industry to basically ignore them. Current recommendations by Defra — the Department for Environment, Food & Rural Affairs — to use hornless cows, or to only use tail-docking on pigs in exceptional circumstances, are largely disregarded, says Mills.

If the bill were to pass in its current state, then “somebody who is wanting to market a gene-edited animal” needs only “provide an animal welfare declaration, setting out their belief that it won’t cause harm to animal health,” says Stevenson. The concern then is that this would allow the industry to define what a welfare problem is. As the legislation stands now, an animal welfare body will check the declaration and determine whether they agree with the assessment, but that agency or group has yet to be defined.

To combat this, Stevenson has been drafting amendments for the bill and suggesting them to lawmakers who are sympathetic to the cause. The suggested changes would include delegating definitions of welfare to the hypothetical animal welfare body and requiring the body to base their decisions on how selective breeding has been used in the past.

“You can’t rely on the government’s goodwill because ministers change. So we’re going to try and get amendments tabled in the Lord’s to say that [the bill] can’t come into force before a particular date, and until certain criteria are satisfied,” says Stevenson.

While there are differences in opinion on whether the technology should be used, there’s at least a consensus among Stevenson, Bovenkerk and Mills that it needs to be properly regulated to protect animals. Mills says that “only when we have certainty that there is an effective and acceptable regulatory system in place” and “everybody is happy” will the bill be fit for purpose.

“What you need to do is have much stricter regulations about what sort of characteristics you’re allowed to breed into animals because we have seen in the past that a focus solely on production efficiency has led to all sorts of unintended side effects,” says Bovenkerk.