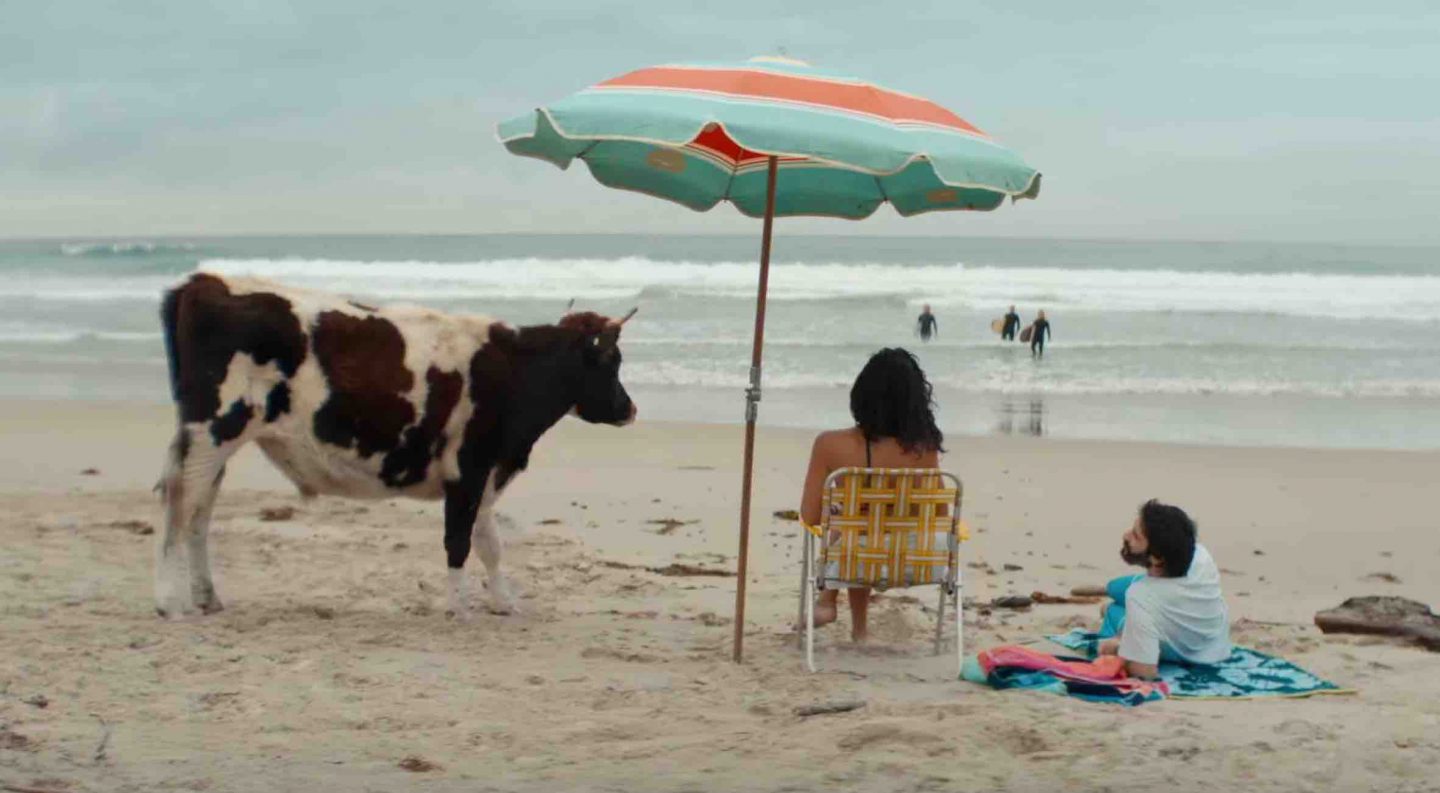 This past weekend, as I attempted to feed a basement full of boys, who were all consumed by recently-returned NHL hockey, my offer to grill up a bunch of Beyond Burgers was met with quick disdain. “Vegan meat?” asked one bearded fella. “Hard pass,” he replied, as the rest of the crew followed suit. But then, one brave guy—undoubtedly driven by hunger rather than heroism—spoke out from the mob, saying he’d give one a try. So I hit the grill, returning twenty minutes later with a plant-based Beyond Burger, stacked to perfection. He immediately became the envy of all his pals, each of whom could no longer resist taking a bite.

The scenario made me wonder: what if all those people whose immediate reflex is to rebuke plant-based meat just gave it a bite? What if they were made aware of how much better a plant-based burger could be, for the planet, for the animals, and for themselves.

It’s the very question that Beyond Meat poses in its very first TV commercial, launched this week to immediate fanfare. In a sixty-second spot, the plant protein company hits every issue, every advantage, and every player in the game, from NFLer Todd Gurley to farmers to your fit grandpa. The ad draws the viewer in with the question: What if this burger and the company’s rapidly expanding line of plant-based sausages, chicken, and ground meat could do it all?

Narrated by actress Octavia Spencer, the spot opens by first centering not the consumer, not even the product, but a cow, who—perhaps for the first time in a TV commercial—is referred to not as “it,” but rather “her.” The company’s positioning is profound. In media, much like in law and industry, farmed animals have for so long been regarded as objects, commodities, possessions. By asking, “What if we took this cow off the table and just made friends with her?” Beyond Meat is not just shifting grammar. It is shifting culture, asking viewers to see this being not as food, but as a friend.

Next, they bring in the farmer, asking what if this guy just grew more plants, like beans, peas, and rice, and we got our protein from there instead? Spencer’s tone makes it sound so simple. For Beyond Meat, a company that made nearly $300 million last year, it is.

And then, a shot of a big juicy burger, looking as beefy as ever, juxtaposed against the words: “What if burgers got healthier?” After much media debate over the past year, the Beyond Burger is, in fact, a bit healthier than its animal fat-filled counterpart. Registered dietician Dr. Pamela Fergusson notes that a burger, even plant-based, isn’t typically a health food, but that the Beyond Burger, “does pack a nutritional punch.” Compared to a store-bought, pre-made beef burger, Dr. Fergusson says, “Beyond Burgers deliver the same hefty 20g of protein, and they both meet about 20 percent of your daily iron needs.” Both burgers are high in salt and fat, she says, “but Beyond has only about half the saturated fat, lower sodium, and zero cholesterol,” the latter of which the company proudly points out in the ad.

“But what if it didn’t even stop there?” says Spencer, nearly singing with excitement. “What if we used less land and energy, put less greenhouse gases into the air?” In other words, what if the Beyond Burger could also save the planet?

“By about every environmental metric, whether it’s climate change, biodiversity, land use, freshwater use, or energy,” says climate researcher and Sentient Media contributor Nicholas Carter, “Beyond Meat is a clear winner over its competing animal-based food products.” Carter notes that in general, animal agriculture uses over 80 percent of all agricultural land available on earth, “to return only 18 percent of total calories while contributing to at least half of the increases in methane emissions in the last decade.” He adds that animal farming is also the leading cause of deforestation, “most of which is happening in tropical regions harboring the highest concentration of biodiversity.” According to Beyond Meat, its burger compared to that made of cows, uses 99 percent less water, 93 percent less land, 46 percent less energy, and produces 90 percent fewer greenhouse gas emissions.