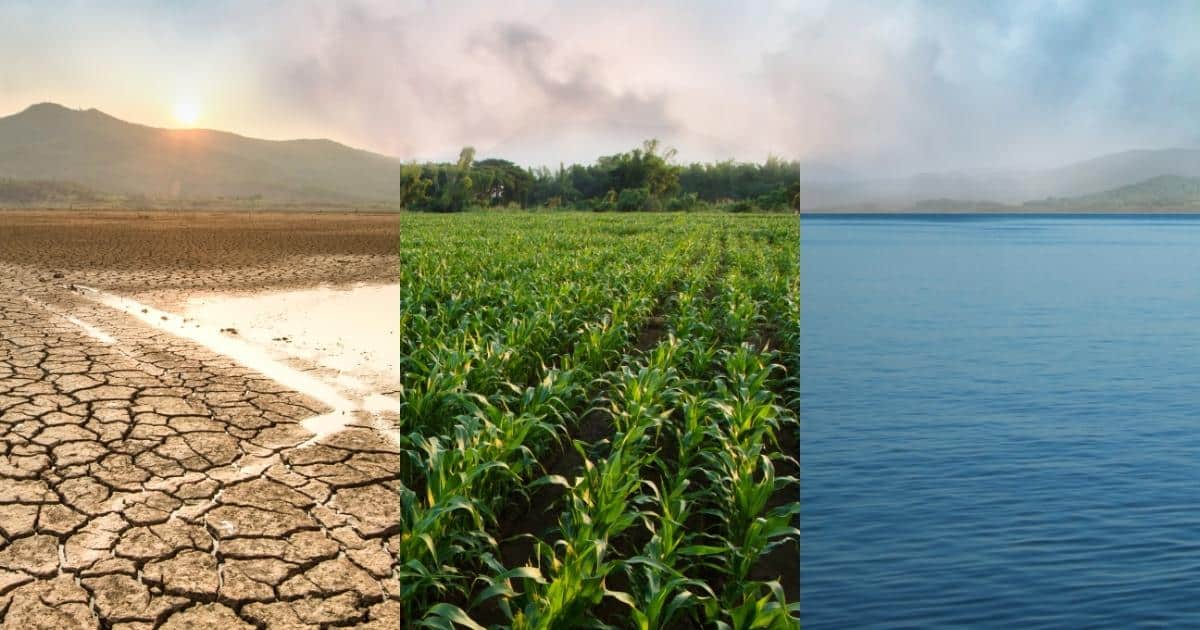 If you’ve seen “Cowspiracy,” you might have got a sense of the impact that a meat-filled diet has on the environment. In the years since this influential documentary came out, the pressure to roll back meat consumption has continued from animal advocates who care about the climate and the environment. It’s hard to forecast the future, but public health researchers have also continued to find that just by making changes to what people eat in high-income countries we can take significant steps to protect Earth’s ecosystems and our individual and collective health from further harm.

According to food systems modeler Marco Springmann, “About three-quarters of greenhouse gas emissions of the food system are due to animal products, most of which are beef and milk.” Even eating pork, beef, or lamb once a week, fish twice a week, and going vegan or vegetarian the rest of the week, you can make a difference. Going plant-based the whole week is even better for the environment.

The intensive farming of animals for their meat is a problem that animal advocates, especially those who care about climate change, think we can fix. Scientists with a data-driven, bird’s-eye view of the climate crisis are also telling us that dietary change is a clear imperative, and that entire sectors of the economy (especially food production and consumption) can be shifted by dietary change, to both reduce harm to the environment and protect human health. One practical, important aspect of this shift is getting people in higher-income countries to eat less meat.

How Does Eating Less Meat Help the Environment?

Eating less meat helps the environment because it lowers the demand for meat products, and in turn reduces the land use and environmental damage of the meat industry. The NRDC found that between 2005 and 2014, people in the United States reduced their beef consumption by nearly 20 percent, which is the rough equivalent of the annual tailpipe emissions of 39 million cars. Overall, about 68 percent of Americans’ reduction in “diet-related climate-warming pollution” during that time period was just from eating less beef. Yet more reduction occurred from cutting milk, chicken, pork—and even orange juice.

Today, producing meat and dairy means feeding most of the corn and soy that is grown worldwide to farmed animals like cows, pigs, and chickens, even when those foods are not ideal for the animals. The meat industry uses much of the earth’s water and land to grow corn and soy, which in turn threatens the existence of Indigenous communities, the flora and fauna of the natural world that they inhabit, and ruins the livelihoods of subsistence farmers. Both manure and fertilizers that are manufactured and applied to produce industrial corn and soy seep into the oceans and rivers and poison the earth and its atmosphere.

Beyond dietary changes, there are other changes to the food system that could help the environment, according to Springmann and his colleagues. Technological improvements on crop farms, such as the amount of fertilizer applied and the methods used to distribute it, as well as changes to water and land usage can reduce the harmful environmental impacts of agriculture by an estimated 10 to 60 percent. Farmers can change how they feed animals and manage their manure. Food loss and waste can also be reduced through better storage and refrigeration practices or by changing the behaviors of consumers and businesses. In Springmann’s view and those of his colleagues, socioeconomic developments could also help decrease the impact of food systems on the environment, including making contraceptives more available.

How Does Eating Meat Contribute to Climate Change?

Eating less meat has been cited by academic researchers as a way to reduce greenhouse gas emissions that contribute to climate change. The conversation often starts with local farming systems, according to a 2019 Lancet report, but consumers are also an important focal point for solutions involving behavioral change.

Farmers apply nitrogen and phosphorus to fertilize their crops. Even when nitrogen and phosphorous do not leak directly into local ecosystems as farm runoff, the crops are harvested and taken away from those farms to cities and other places where the crops are consumed. The nitrogen and phosphorus from those harvested crops, at the point of consumption, eventually bleeds into the environment as food waste, urine, and feces, whether treated or not, and still enters freshwater or coastal water systems, potentially leading to eutrophication. In turn, this eutrophication causes problems like dead zones in oceans and lakes and an increase in carbon dioxide entering the atmosphere, exacerbating climate change.

It’s impossible to talk about climate change without the role of the beloved cow, an animal that is fed, farmed, transported, killed, cut up, stored, and cooked into meat that we call beef. Industrial farming of livestock animals such as cows means that 44 percent of all greenhouse gas emissions from livestock are methane. And the livestock industry is responsible for nearly one-third of the world’s human-caused methane emissions.

Methane is one of several greenhouse gases (see also: carbon dioxide, nitrous oxide, ozone, and water vapor) that help the atmosphere keep the planet warm. We add greenhouse gases to the atmosphere through human activities such as deforestation (carbon dioxide), livestock farming (methane), cars (carbon dioxide), landfills (methane), and fertilizers (nitrous oxide). Rising levels of these gases in the atmosphere, however, are making the earth’s surface too warm and resulting in extreme weather changes, such as flooding and droughts, that affect where and how people live and work. Climate change also leads to a loss of biodiversity, further threatening the natural world on which we rely.

There are also methods outside the food system that could help to lessen climate change and other environmental problems. For example, most countries (65 out of 84 reviewed) used public funds to subsidize fossil fuels in 2018. These subsidies were often so large that they rivaled large portions of countries’ national health budgets. In theory, this money could have instead been used for environmental justice and public health initiatives such as providing energy-efficient affordable housing or public transport. Burning fossil fuels to use as energy, for things like our cars, is “the largest single source of greenhouse gas emissions,” at 65 percent of the world’s total. Fossil fuels contribute to air and water pollution, which in turn harms both people and the environments where they live.

Is Eating Less Meat Good for Your Health?

Health experts around the world agree that eating less meat is good for your health. Processed and red meats in particular have long been linked with cancer by researchers. Going without meat can also reduce your cholesterol and risk of getting heart disease.

Not only is it part of many recommended health-oriented diets to eat mostly fruits, vegetables, and legumes, it’s also good for public health. The health cost of factory farms means that you might be breathing in “ammonia, hydrogen sulfide, methane, small bits of solid particulate matter” and other pollutants that are hazardous to your health. These emissions are often odorless, so it’s hard to know that they’re in the air, but the effects of breathing ammonia alone include asthma, chronic bronchitis, and pneumonia.

While eating less meat can bring benefits for one’s health and the public good, there are also many other ways to help people achieve optimal health. As just one example of how we can better protect human health outside of dietary change: the COVID-19 vaccine can save lives, yet access to it remains highly inequitable across the globe. Only 3.5 percent of people in low-income countries had received at least one dose of a COVID-19 vaccine in October 2021. In high-income countries, that figure was 60 percent. As of March 2022, only 1 percent of the roughly 11 billion doses of vaccine had been administered to people in low-income countries. That leaves 2.8 billion people without access to the vaccine. Vaccine access, as with most other health issues, contains further inequalities within countries.

Experts around the world have sounded the call to reorient how we farm our foods, with a particular eye toward curbing the environmental harms caused by livestock production. It turns out, meanwhile, that eating less meat is also likely to be good for your health. The problems of environmental protection and climate change overlap with problems in the field of public health in many ways. Advocates for better food systems are leading the way to help us find ways to eat that are better for our health and the earth by reducing the amount of meat that we eat.

The State of Mink Farming: What Changed During the Pandemic