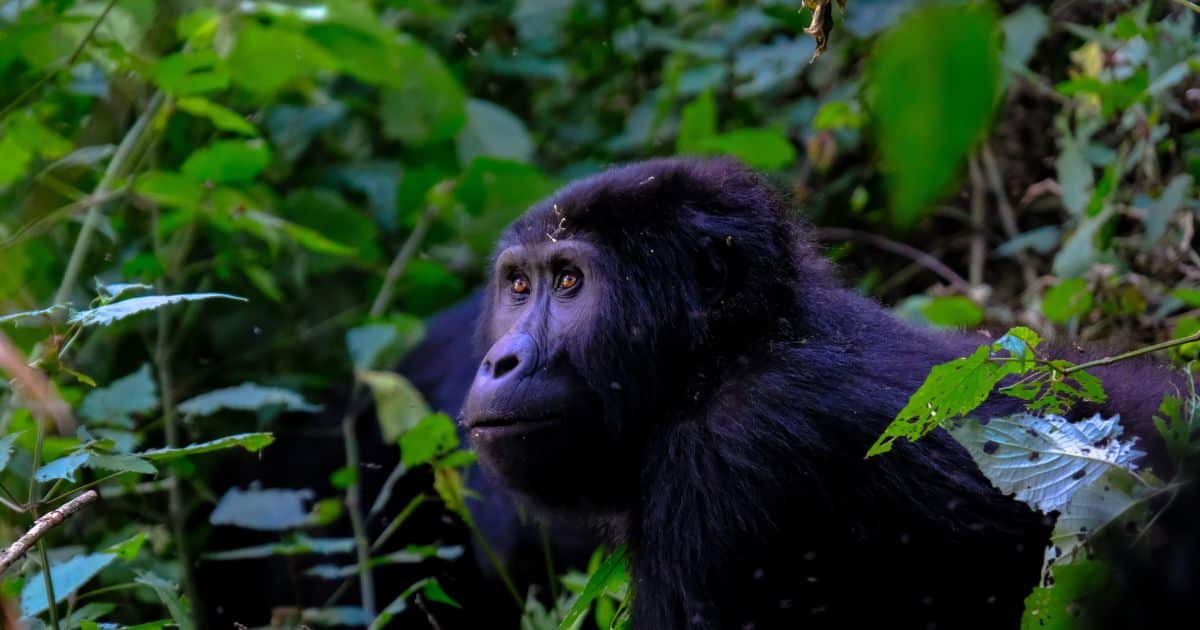 World governments are at a crossroads in the effort to protect vanishing wild species, as researchers warn that because past biodiversity goals have not been met, immediate action is needed to prevent further biodiversity loss and restore ecosystems. This week, leaders from around the world convened in Montreal for talks aimed at addressing this accelerating crisis.

As the Convention most commonly known as COP15 opened on December 7, UN Secretary General António Guterres warned that “ecosystems have become playthings for profit” and that nature is being degraded by “unsustainable production and monstrous consumption habits.” Guterres urged the establishment of what he calls “a peace pact with nature” that would set “quantified and targeted goals” to address biodiversity loss.

Yet experts believe that there is a long way to go in the fight to halt biodiversity loss by addressing human impacts on ecosystems and the species that rely on them. Even as COP15 began, 700 more species were added to the IUCN Red List of Threatened Species.

A Plan to Restore Nature

In 2019, the United Nations reported a decline in nature is occurring “at rates unprecedented in human history,” with 1 million animal and plant species facing threat of extinction. Globally, wildlife populations have dropped by 69 percent since 1970, according to data from the World Wildlife Fund.

At COP15, the UN announced its backing of 10 initiatives it calls World Restoration Flagships, efforts to restore wild ecosystems around the world spanning a total of 168 million acres.

Among the areas critical to wildlife are mountain regions of Uganda and Rwanda, home to some of the world’s remaining critically endangered mountain gorillas, as well as the Ganges River — home to its iconic endangered river dolphins. In the waters off Abu Dhabi lie seagrass beds important to thousands of dugongs, just one of many species generating concern at COP15. The UN estimates that around 500 species of fish alone could be ‘revived’ just by restoring these vital aquatic habitats.

“There has never been a more urgent need to revive damaged ecosystems than now,” writes the UN Environment Programme. “Ecosystems support all life on Earth. The healthier our ecosystems are, the healthier the planet and its people.”

Worse, the need may be even more urgent than we realize. Even species believed by scientists to be extinct may disappear in ways that go largely unnoticed, because the majority of species vanish slowly in the wild. “Usually species are not listed as extinct until long after they have actually gone extinct,” ecology and evolution professor H. Resit Akçakaya told Scientific American in 2019. “Or we think they were extinct, because we can never know, except for a very few exceptions.”

The Conference has aimed for a pledge by participating nations to protect 30 percent of the planet, both land and sea, by the year 2030. The target is known as 30×30, and part of a larger draft COP15 agreement, the Post-2020 Global Biodiversity Framework.

Prior to COP15, 112 nations voiced their support for 30×30, but there remains opposition to the goal, as some say the plan does not do enough to protect biodiversity loss.

Or it may be too ambitious an aim, other critics argue, as only around 16.64 percent of land and 7.74 percent of the sea are currently under protection according to UN data. Many marine protected areas are not achieving their established conservation goals and lack resources needed to do so.

At COP15, poorer nations of the world remain concerned over which countries will be paying for efforts to restore and maintain biodiversity, urging the establishment of a fund contributed to by wealthier regions. The Guardian reports that the talks have prompted multiple delegations to walk out on negotiations.

Industrial agriculture, and especially the factory farming of animals, is a major contributor to the kind of environmental destruction that exacerbates biodiversity loss. This includes deforestation, as ever more land is cleared to make way for grazing pasture and crops for farmed animal feed. In fact, agriculture accounts for three-quarters of global deforestation and over 90 percent of tropical deforestation, including the clearing of forest for beef and soy production — with the vast majority of the world’s soy supply going to feed livestock.

Regulations proposed at COP15 would force the agricultural industry to report clearing of land as well as its pesticide usage. But research has shown that more significant efforts to address agriculture’s impact are needed. A 2020 study published in Nature, aimed at exploring what is required to halt biodiversity loss by 2050, concluded — as other data has shown — that a shift towards plant-based diets is among the needed actions. The researchers recommended a 50 percent decrease in consumption of animal-based calories in much of the world.

‘We Are Those Who Protect’ Biodiversity

In discussions about COP15, many social justice advocates and organizations have cautioned that we must protect the communities of people who depend on and safeguard ecosystems and wildlife in order to better protect those critical landscapes and the creatures who live within them. Any protections established, they say, must consider the rights of Indigenous peoples to their land, home to 80 percent of the world’s biodiversity. Although Indigenous communities often protect this remaining biodiversity, their needs and suggestions are often left out of policy.

Orpha Novita Yoshua, an Indigenous Nablong woman from West Papua, Indonesia attended COP15 as a member of the delegation with environmental nonprofit Greenpeace. In a letter to COP15 Secretary Elizabeth Maruma Mrema, she wrote, “My island is a champion in terms of biodiversity — New Guinea has the most diverse flora in the world. Many of these provide us with food — we eat from the sago palm and many unique fruit and fig trees. These are also a source of food for the animals.”

“If this COP15 fails to give us Indigenous Peoples recognition, it will not only seriously threaten our birds of paradise but other animals in our mega biodiversity forest because we are those who protect it,” wrote Yoshua.

As climate change accelerates, biodiversity suffers — and scientists have called for both environmental crises to be addressed in unison. “Climate action and protection of biodiversity are two sides of the same coin,” Guterres said at COP15. Researchers have suggested a variety of approaches, including the restoration of habitats such as forests, wetlands and grasslands.

Increasingly, research suggests that solutions that do not address intensive agriculture — tied to both climate change and biodiversity loss — are destined to fail. A 2021 report by Chatham House called our global food system, including the expansion of animal agriculture, the top driver of biodiversity loss as ecosystems have been converted to farmland. In order to stem the world’s rapid loss of biodiversity, the report recommended allocating more land for nature, adopting more sustainable farming practices and shifting towards a plant-rich diet.

To Guterres, we need “ambitious national action plans” from world governments to “put our planet on a path to healing.”

“We need businesses and investors to put protection first in their business plans and invest in sustainable production and extraction methods across every link of their supply chains,” he said. “We need a dramatic step-up in climate action.”