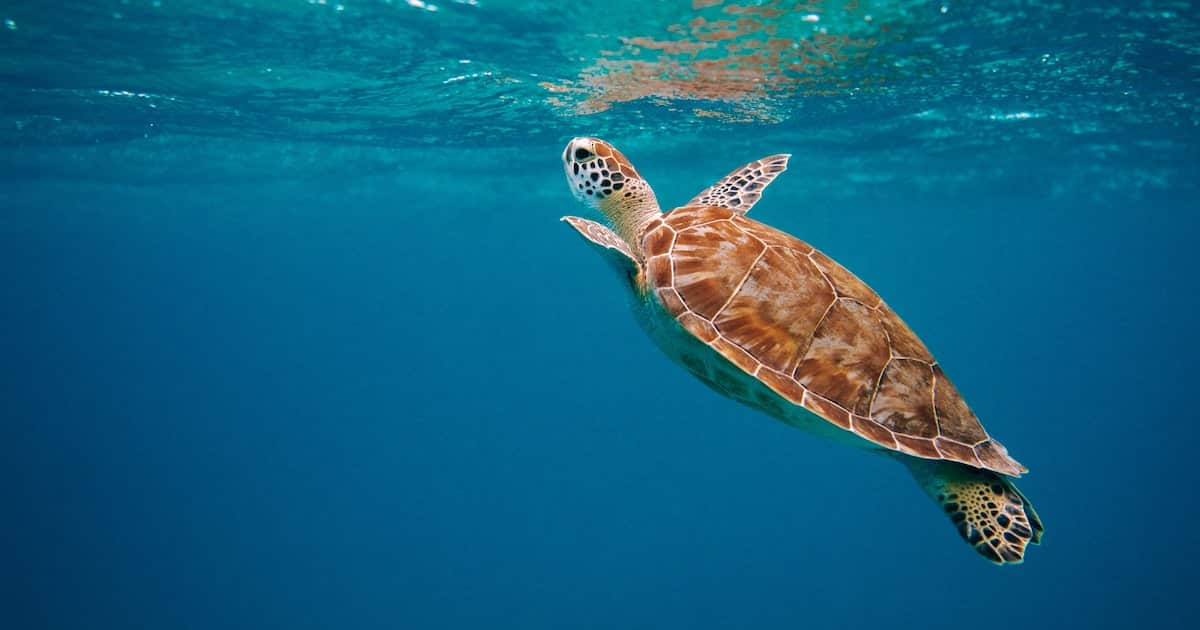 Globally, 6.35 percent of the ocean is protected in some way, shape, or form—but, of that small portion of the sea, only 1.89 percent is truly off-limits to human activities.

These vital marine habitats, called no-take zones, represent the highest classification of Marine Protected Areas (MPAs), which were first introduced at the 1962 World Congress on National Parks. MPAs prohibit or restrict fishing, drilling, mining, and other extraction of natural resources from the given area. But conservationists say their name can be slightly misleading.

“Most MPAs allow for some degree of extractive use, and some are even completely open to commercial fisheries,” says Arlo Hemphill, Ocean Project Lead for Greenpeace. The regulations, he says, only protect certain species and may only apply to oil and gas companies.

Other conservationists agree that the current regulations do not go far enough and time to save the oceans from the worst impacts of climate change may be running out. “We are living outside the boundaries of what the planet can sustain,” Mami Mizutori, Special Representative of the Secretary-General for Disaster Risk Reduction, said at the UN Ocean Conference last month.

The oceans are crucial to the survival of life on earth. They produce and filter half of the planet’s oxygen and contain around 97 percent of the world’s water. They are also home to an estimated 700,000 plant and animal species. But officials warn that, at the current rate of extraction, the oceans may not be able to recover.

The vast majority of the sea, more than 80 percent, remains unexplored by humans, and while it is hard to protect something that we do not fully understand, that is not an excuse to ignore it completely. “The current outlook on the climate crisis barely even considers the oceans, even though it covers two-thirds of the earth’s surface,” writes Pulitzer Prize-winning journalist Ian Urbina for Sentient Media. “Perhaps it’s time to think of the oceans in a radically new way.”

According to the International Union for the Conservation of Nature, the 17,700 existing MPAs that cover more than 11 million square miles of ocean lack the “human and financial resources” to “properly implement conservation and management.”

A recent study published in Frontiers in Marine Science finds “an urgent need to improve the quality, quantity, and representativeness of MPA protection in U.S. waters.” The term ‘representativeness’ refers to regulations protecting certain resources that are ecologically important to a designated area, like marine animals and habitats.

The researchers emphasize that MPAs must be “central components” in the federal government’s goal to protect 30 percent of U.S. land and water by 2030. But currently, only 12 percent of the nation’s land and 26 percent of U.S. waters are protected.

Fishing and offshore drilling interests are the staunchest opponents to ocean protection. Research published in 2021 found that conflict between the oil and gas industries and marine protection is increasing globally, with developers pursuing licenses to operate in areas overlapping or adjacent to MPAs.

Many researchers and environmentalists believe building more MPAs is the key to safeguarding the oceans. The United Nations Environment Program (UNEP) calls the restricted areas “one of the best options to maintain our oceans’ health and avoid further degradation.”

Greenpeace’s goal is even more ambitious. The nonprofit is calling for at least 30 percent of the ocean to be covered by fully or highly protected sanctuaries by 2030. “This is the absolute minimum that scientists tell us is needed to maintain biodiversity and buffer the worst impacts of climate change,” says Hemphill. “It’s also a target we feel is achievable in this timeframe—as long as the new UN Global Ocean Treaty is agreed upon this year and put into effect in a timely manner.”

But United Nations Secretary-General Antonio Guterres says there are signs that “egoism” may put the agreement out of reach.

The creation of a new treaty is a top priority at Greenpeace, says Hemphill, because it would address one of the main obstacles to ocean protection: In international waters, which cover nearly half of the sea, “you can’t establish an MPA even if you wanted to.” The organization wants a “strong agreement” that, at the very least, creates a centralized body with the power to create new MPAs, he says.

“What we don’t want to see is deferral of this authority to existing relevant bodies such as Regional Fishery Management Organizations,” says Hemphill. “Greenpeace and our allies feel strongly that the existing management regime has failed to protect biodiversity in international waters.”

The “authority to protect global biodiversity” does not belong in the hands of global organizations such as the International Seabed Authority, which he says “has shown clear bias towards launching deep-sea mining.”

For MPAs to be more effective, Hemphill says they need “robust” planning driven by support from local communities. “When creating MPAs, a plan is needed for how they will be protected, management rules enforced, and how all of that will be paid for,” he says.

While the state of the oceans often looks bleak, some conservationists see reasons for hope. Mission Blue, a nonprofit founded by renowned oceanographer Dr. Sylvia Earle, is building a network of fully protected MPAs that it calls “Hope Spots” in well-known parts of the sea. In April 2021, the Great Barrier Reef, home to 25 percent of marine life, was designated a Hope Spot.

Hope Spots are marine ecosystems with newly established protections or existing MPAs that need stronger ones. Others have yet to receive MPA status, but they all have one thing in common. “If meaningfully protected, they can form a roadmap to nurturing the ocean back to health—the seeds of tomorrow’s healthy, thriving ocean,” says Brett Loveman, Mission Blue’s Director of Communications.

The 143 Hope Spots launched to date, covering 57,577,267 square kilometers of the ocean, are “championed by local conservationists,” according to Mission Blue. Using her own work as a guide, Earle is calling for public involvement in ocean protection, asking individuals to use “all means at your disposal” to build support for a network of MPAs “large enough to save and restore the blue heart of the planet.”

“If everyone does their part, from policy makers to citizens, from teachers to students, from scientists to artists—everyone—there is no reason [the 30×30] goal cannot be achieved,” says Loveman.

In April, a paper from Princeton University warned that ocean life could be facing extinction if “business-as-usual global temperature increases” continue. But marine life has proven to be surprisingly resilient.

Studies show that marine habitats and species can recover if we make an effort to protect them, and in 2020, researchers found that oceans could obtain “substantial recovery of the abundance, structure, and function of marine life” by 2050 if we mitigate “major pressures” such as drilling, fishing, and climate change.

Could more MPAs be the answer? Ecologist Jenna Sullivan-Stack, one of the authors of the Frontiers study urging for stronger MPA protections, is certainly holding out hope. In June, she wrote that the “next wave of U.S. ocean conservation” should include the creation of MPAs guided by input from local communities.

The National Oceanic and Atmospheric Administration is well on its way. In 2014, the agency invited public nominations of oceanic and Great Lakes waters for designation as a special class of MPAs called national marine sanctuaries. Two of the nominations have already been designated as sanctuaries, with at least three others in progress or still under consideration.

For the team at Mission Blue, it is the work of local communities to protect the oceans that offers the most hope. “There is nothing more inspiring,” says Loveman.