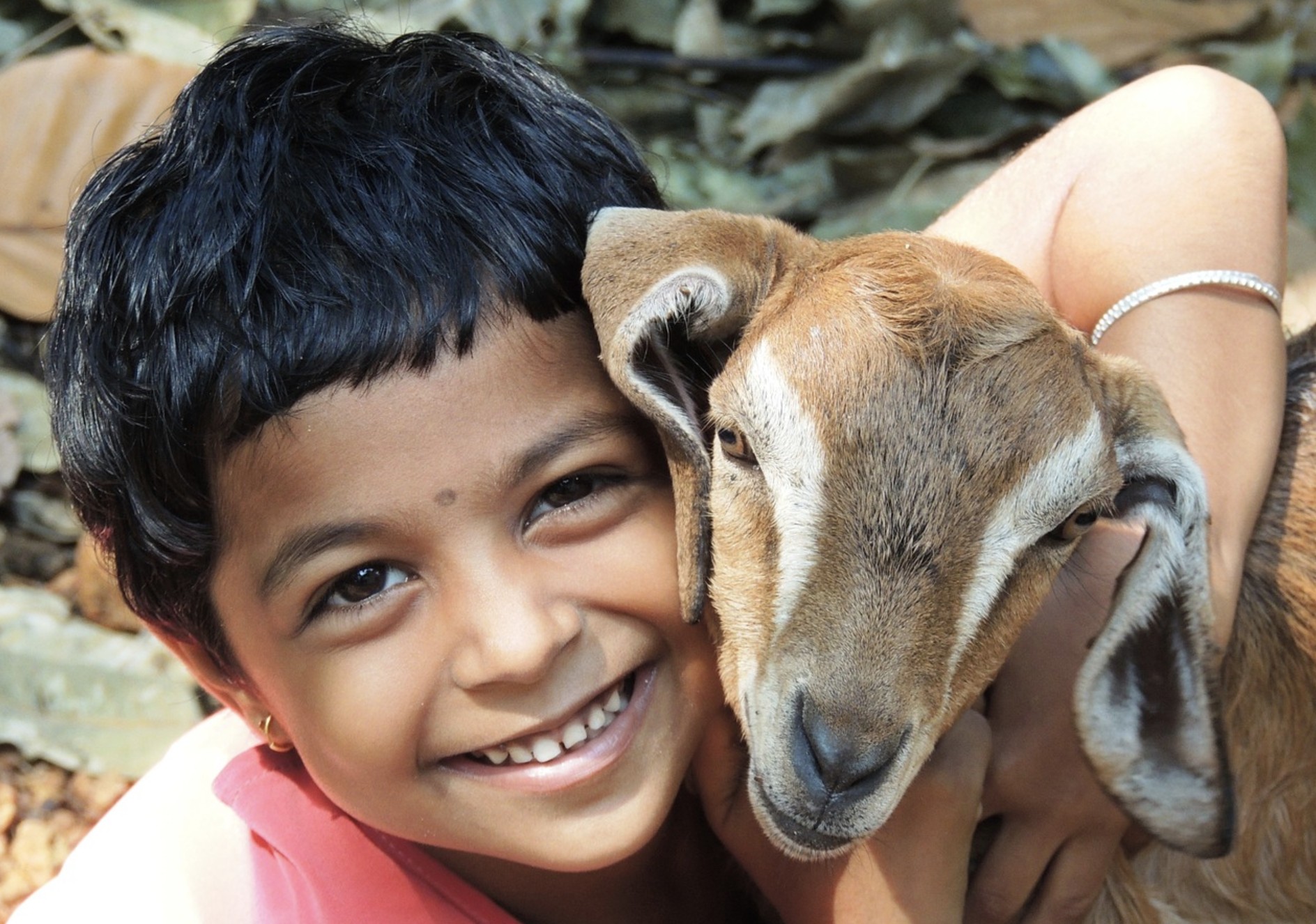 What do Bugs Bunny, Mickey Mouse, and Peppa Pig all have in common?

All of these characters are beloved friends to children around the world. They inspire creativity, strengthen imagination, and provide our children with humor-filled lessons about life, friendship, and family.

Anthropomorphized animals have graced the screens of our television and the pages of our books for generations, capturing the hearts and minds of children from myriad backgrounds and cultures.

Children learn a lot from animals and love them dearly. The natural instinct of a child is to love, care for, and find inspiration in our furry friends. Parents the world over teach children to respect animals and to treat them with the respect and dignity they deserve.

As a vegan parent raising a vegan 2-year-old, I’m fascinated by the role that animals play in the lives of all children, not just my son. The songs he listens to, the activities in which he participates in his different classes, and the clothes he wears involve animals of all shapes and sizes, from mice and cows to dogs and dinosaurs. My son and all of his little friends are addicted to animals.

Twice a week I take him to a class at a gymnastics school for children. It was there that I learned of a famous Brazilian children’s song called Atirei o Pau no Gato (I hit the cat with a stick). As an animal lover that grew up with three cats I loved dearly, I was shocked and disgusted to discover Brazilian children grow up singing such a song. The school, however (and thankfully), was playing an updated version of the old-time song that teaches kids not to do such a thing. In it, there is a line that goes “não devemos maltratar os animais, jamais” (we should never mistreat animals).

While I appreciate the sentiment and obviously agree with the message, I couldn’t help but think of all of the parents singing along and yelling out the word jamais (never). I know for a fact that none of the parents or children in the class are vegan. I know they all consume animal products. So how can they teach their children that mistreating animals is something to be ashamed of when they are literally paying other people to do the same thing and then feed the end result (dead animal parts) to their children?

Vegan Parenting: Learning to Love Animals Means Not Eating Them

On the one hand, they are teaching their kids to love and respect animals. On the other, they are teaching their children that speciesism is okay: We shouldn’t hit cats with a stick but we can pay people to slit the throats of cows, pigs, and chickens. “We should never mistreat animals” goes the song but surely other people can and by introducing their kids to meat, dairy, eggs, the parents are saying that the mistreatment of animals is fine as long as it isn’t the child doing it.

To add to my growing frustration raising a vegan child, I recently took my son to a live show of a popular Brazilian group called Mundo Bita, a band that plays children’s songs. 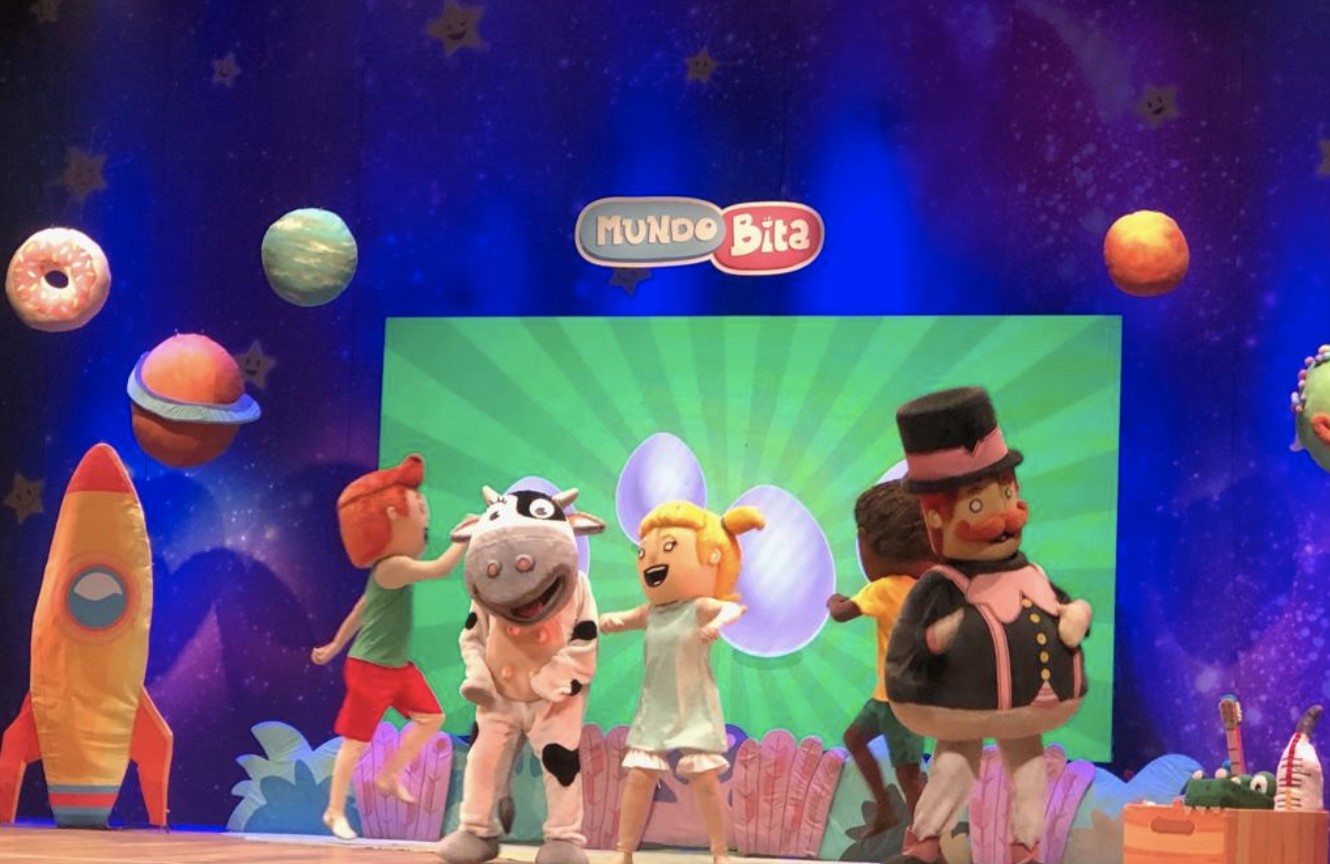 When one of their most popular songs, Fazendinha (Little Farm), came on, the crowd of children and parents went wild. Little hands clapped, kids bounced in their seats, and parents sang along to a song that talks about a farm full of animals. As soon as the humans dressed as cows and pigs entered the stage, the crowd got even more enthusiastic. “Look at the cute piggies, son” a father in front of me said to his child. “It’s your favorite, my love,” a young mother next to us said to her daughter as she pointed to the cow on stage.

I’d thought about it many times before but for some reason, it hit me extra hard at this show.

How could all of these parents teach their kids to love and respect animals when very close to 100% of them feed their children animals? There was even a child drinking a cup of cow’s milk in the row in front of us.

I scanned the audience and saw curious children singing along, happy as can be to hear their favorite songs. Their natural instinct would never tell them to kill the cow on stage and eat its meat. These children would never dream to breed the cute piggies and eat them for dinner. Their natural instinct is to hug them, love them, and befriend them.

And while parents are encouraging the right behavior and attitude by teaching their kids to respect animals and treat them with dignity, their actions teach their children the complete opposite. They teach their children that animals are here for our use and we can do whatever we want to them. We need to respect them and we can’t mistreat them… but we can certainly pay other people to do it for us, just as long as it happens far away and out of sight.

What does this say about how most people truly think of animals?

Most people see animals as tools for humanity. They are cute distractions that on the surface deserve our individual respect and love. But, at the same time, they are here for us and we can do whatever it takes to control them, exploit them, abuse them, and kill them.

But, as the song goes, we should never mistreat animals. And that’s what most people teach their children while feeding them pieces of animals that are the finished product of the most systemic, brutal, and barbaric mistreatment imaginable.

If parents really want to teach their children to respect animals, they would teach them not to consume products that derive from their mistreatment, incomprehensible misery, and slaughter. If they really wanted their kids to love animals, they would take a stand against an industry that goes to extreme lengths with massive marketing budgets to make the public think that they’re consuming humane products from idyllic farms when in reality they’re consuming animals that are bred into existence only to suffer and die in heinous conditions on factory farms.

The hypocrisy of teaching children to love and respect animals while also feeding them animals is shameful. The irony of anthropomorphized animals teaching children life lessons about family and friendship while the children consume the very animals they watch is palpable.

If your child is watching Peppa Pig while eating bacon, don’t you think you’re doing your child a tremendous disservice? Forcing a certain belief alongside a contradictory action will only strengthen the cognitive dissonance that will follow them for years to come.

The lessons you teach your children will influence them more than anything else, following them for a lifetime.

If you want to raise humans that will actually care about other living beings, be consistent with your message of love and respect.