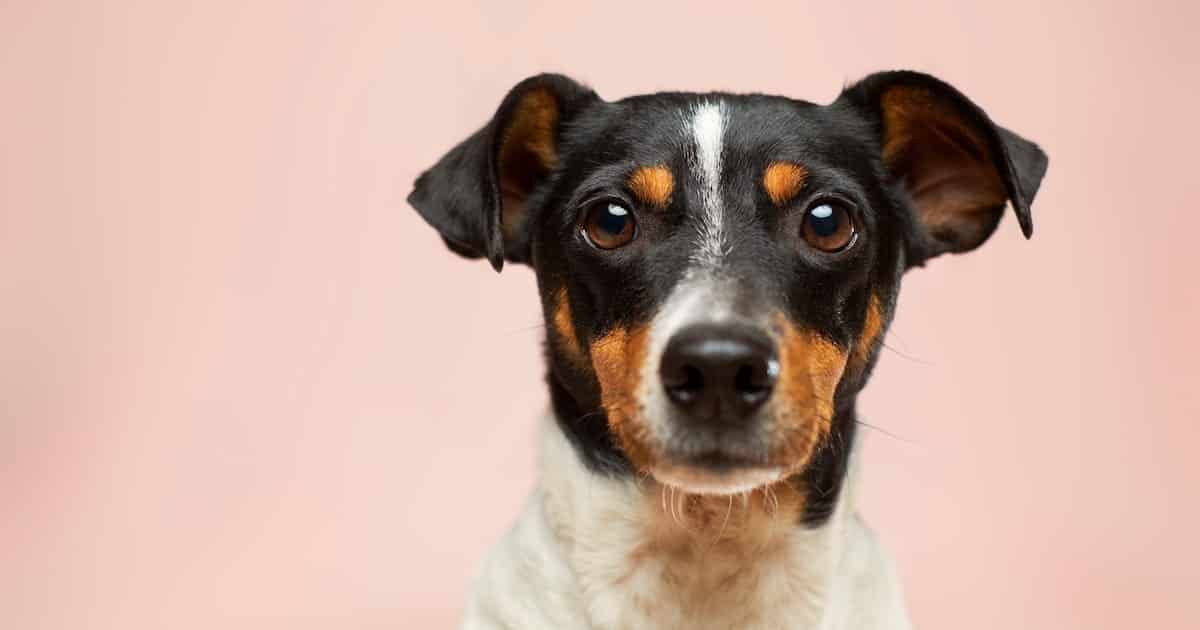 Rivers, mountains, volcanos, certain rock formations at Arches National Park—in Indigenous cultures and ways of thinking these are sentient beings. In Ecuador and surrounding countries, Indigenous Andean cultures do not distinguish between human and nonhuman nature, and life is a constant communion with Pachamama, the living being that is mother earth. From the perspective of Indigenous communities around the world, nature and its component trees, plants and rocks are our kin, not something that you can own.

The adjective sentient is used in several different contexts, but usually to describe nonhuman beings. When nonhuman entities can feel, think, learn from, and respond to their external and internal environments, they are considered sentient.

What Is the Definition of Sentient?

Sentient is a word that in essence describes a being that can feel pleasure and pain. The word sentient comes from the Latin word “to perceive” or “to feel.”

Asking questions about human nature has always been a central feature of philosophy. Among European philosophers and those who have followed them, there has been a longstanding separation between nature and humans. In reaction to this philosophers such as Peter Singer developed sentientism, a branch of ethical philosophy devoted to using evidence and reason to give moral consideration to conscious beings—or beings that can experience things.

Meanwhile, within many Indigenous communities, the sentience of mother earth is not an abstract notion, and methods of thinking and asking questions about human nature are interconnected with nature as a whole.

Scientific and medical breakthroughs tend to rely on empiricism, which is the practice of building knowledge through direct observation and experience. An observation-based way to define a living being as sentient is through the existence of 1) pain receptors and a nervous system, and 2) automatic and learned behavioral responses of an organism to its environment.

Indigenous knowledge is also built on empirical, or experiential, knowledge, though the approach is more holistic than Western science, according to the University of Toronto’s module drawing on Marlene Brant Castellano’s work: “The land is alive. The only way to know that is to be on the land. The senses can know more deeply and concretely than knowledge gained through reading or being told.”

Indigenous knowledge tends to be highly connected to communities’ relationships to land and spirituality. Indigenous perspectives do not separate religion cleanly from the world of everyday actions.

One of the world’s major religions, Buddhism, also originated definitions for sentient beings. In Tibetan Buddhism the term used to describe a sentient being is “gro ba, which means ‘to go,’” writes Mattieu Ricard in their book “A Plea for the Animals,” as in one that moves towards “that which is favorable and away from that which might be harmful.” Eastern religious traditions including Hinduism, Jainism, and later Buddhism also attribute sentience to plants.

For Western thinkers, the idea of sentience has tended to mean a living being’s experiences of suffering and joy through activities that that being avoids and prefers, respectively. Meanwhile, describing something as conscious focuses more broadly on a living being’s awareness of their own thoughts or existence.

How Is the Sentience Quotient Measured?

The Sentience Quotient is measured quantitatively, based on the “amount of data [an intelligence] can process per unit time” and “the overall mass needed to do that processing,” according to Nanotech-now.com.

The Sentience Quotient, a term invented by Robert Freitas and published in 1984 in a science fiction journal, was originally meant as a tool through which to consider the intelligence of beings beyond Earth. In science fiction stories and popular culture, sometimes robots and artificial intelligence machines are also described as free-thinking, sentient beings.

The idea of alien intelligence remains an important way in which authors reflect on prevailing ideas about sentience. In her 2017 analysis of Nnedi Okarafor’s “Lagoon”, Melody Jue argues that one of the Afrofuturist novel’s protagonists, scientist Adaora, resists “western paradigms of scientific practice that are centered around the control and domination of nature-based on gendered forms of ‘knowing.’” Adaora does this by calmly confronting Ayodele, an alien whose people resemble coral reefs and Mami Wata deities. Adaora sees Ayodele “not with fear and skepticism—a rejection of the alien as somehow unbelievable or a hoax—but rather with a great degree of curiosity,” Jue states.

What Creatures Are Considered Sentient?

Creatures that are considered sentient typically include humans and nonhuman animals, including crayfish, grouper fish, sea otters, dogs, cats, elephants, whales, dolphins, and more.  As mentioned earlier in this article, though less common among Western perspectives, nonanimal entities such as rivers, mountains, landscapes, and plants are also considered sentient.

Are All Animals Sentient?

The circle of animals generally considered sentient is expanding all the time, and the idea of all animals as sentient would see a convergence of multiple types of knowledge: Western scientific, Indigenous, religious, and the perspectives of animal advocates. Carl Safina describes the emotional experiences of nonhuman animals from an empirical perspective, and gives examples of how they bond with family members, teach each other new skills, and care for each other. Safina validates the emotions of nonhuman animals: “We can see brains, but cannot see minds. Yet we can see the working of minds in the logic of behaviors.”

Western scientists have generally focused on the sentience of mammals and birds, with increasing attention given to fish and invertebrate animals such as octopuses, crayfish, sea crabs, slugs, snails, bees, flies, and ants, according to David Mellor in their 2019 review of welfare-aligned sentience. Mellor explains that the term welfare-aligned sentience acknowledges that scientists have not exhausted their capacity to definitively conclude the sentience of many more living beings.

Mellor discusses the way that in New Zealand policymakers applied existing scientific consensus to law: they adopted the precautionary principle to include “specific invertebrates, namely any octopus, squid, crab, lobster, or crayfish (including freshwater crayfish)” in their definition of protected animals, as well as mammalian fetuses, and pre-hatched birds and reptiles. The 1999 animal welfare law also allowed for additional animals to be added to the list of protected creatures.

How Does the Definition of Sentience Affect the Concept of Animal Welfare?

The working definition of sentience as an experience of feeling pain or pleasure helps animal advocates build evidence-based arguments to push for improving the human-controlled living conditions of animals. Establishing the sentience of nonhuman animals has been a key tactic for strengthening laws that protect animal welfare, including at the World Organization for Animal Health (OIE), which sees itself as “the intergovernmental organization responsible for improving animal health worldwide” and is composed of 182 member countries. OIE’s 2017 animal welfare strategy seeks to make what they see as legitimate uses of animals humane, including working animals, companion animals, the production of food, fiber, and other animal products, the use of animals for scientific and educational purposes, and their international transport and trade.

How Does the Definition of Sentience Affect Animal Rights?

Explaining that nonhuman animals experience life through suffering and joy is how animal advocates like to remind people that animals belong on the list of entities towards whom we should show compassion. The Nonhuman Rights Project’s FAQ relies on concepts related to sentience such as “self-awareness and autonomy” to ground its legal pursuits of civil rights for animals.

The Project celebrated the 2016 ruling in Argentina that found Cecilia the chimpanzee to be a legal person with inherent rights—and not a thing. Judge María Alejandra Mauricio stated that primates such as Cecilia are “seres vivos sintientes,” or “living sentient beings, who are subjects of rights and who [possess], among others, the fundamental right to be born, to live, to grow, and to die according to their species,” per the animal rights organization.

Why the Term Is So Complicated

In Judge Mauricio’s 2016 ruling establishing the personhood of primates in Argentina, they referred to, though did not rely heavily upon, the recognition of the Indigenous view of Pachamama by Eugenio Raúl Zaffaroni and theologian Leonardo Boff to justify animal rights in law. Pachamama is here a synonym for the earth and all of its “living and inert beings,” including “the atmosphere, the oceans, the mountains, the surface of the earth, the biosphere, and the anthrosphere.” Judge Mauricio also referred to the line of thinking about animal rights that revolves around the pleasure-pain experience and runs through the writings of Western philosophers Jeremy Bentham and Peter Singer, and the campaigner Henry Stephens Salt.

What is also notable about Cecilia the chimpanzee’s personhood is that the English translation of Judge Mauricio’s ruling mentioned the term “collective” 24 times, compared to just 10 mentions of the term “sentient.”  Cecilia’s rights were framed within Argentina’s constitutional “rights of collective impact,” which include a “right to the environment.” This right is distinct from the relatively new rights-of-nature movement that relies heavily on Indigenous views of the earth and its components as sentient. Among other purposes, the cited Argentinian law seeks to protect “natural and cultural heritage,” and connects human well-being to the environment.

Definitions matter because they decide what phenomena are included or excluded from the activity—whether it is a law or a scientific study—being discussed. How sentience is defined is usually a matter of importance for people advocating for expanded protections of nonhuman animals. The definition of sentient is also an invitation to begin learning about both Western and Indigenous or traditional ecological knowledge in the context of both Indigenous peoples’ rights and environmental protection.

Yet the term “sentient” is on its own an adjective that is neutral towards what it is describing, be it an animal evading the human-animal divide and its policing under white supremacist colonialism, Lake Erie, or a fictional aquatic alien that a scientist calmly confronts, and embraces with curiosity.

What Is a Sentient Being? Here’s Why the Definition Is So Important

Animals Are More Sentient Than You Think