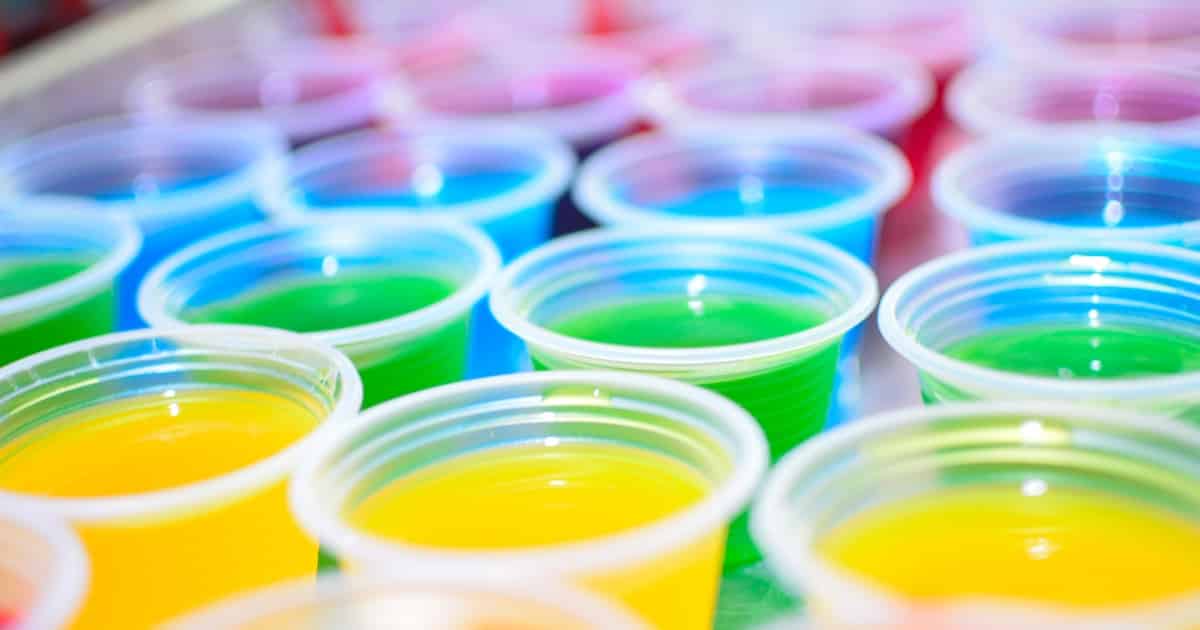 If you’ve ever turned over a bag of marshmallows to peruse the ingredients list or studied the contents of a pack of chewing gum, you likely saw gelatin listed. Though gelatin has historically played a key role in many of our favorite foods and continues to do so, it’s about time we found alternative ways of achieving the jiggly, squishy, and fun textures we enjoy that don’t destroy animal lives. Thankfully, there is an alternative for virtually any application of gelatin—whether that be thickening soups and frostings or in the creation of the perfect marshmallow for an admirable s’more.

What Are the Origins of Gelatin?

Gelatin is frequently associated with the hooves of various animals, including horses, but it originates as a protein that is also contained in the bones of living things. The gelatin we most commonly end up eating comes primarily from farmed animals such as cows and pigs. Some gelatin markets itself as kosher, meaning that it was derived solely from cattle. The bones and various other body parts of the animals are boiled to produce the desired gel. Gelatin can also be produced by boiling fish skin or scales. Frenchman Denis Papin was the first person recorded as having produced gelatin by boiling animal bones in 1682.  However, long before Papin thought to boil bones, a 10th-century Arabic cookbook by Ibn Sayyar al-Warraq, written in Baghdad, recorded how to make gelatin from fish heads.

What Is Gelatin Made Of?

Gelatin can be made from a variety of different substances. Most gelatin comes from boiling the bones of pigs and cattle. Thankfully, not all gelatinous substances require the death of an animal. One popular and equally fun replacement is agar-agar, a substance derived from seaweed that can be used to make jello, marshmallows, or in a variety of other recipes and foods.

What Animals Is Gelatin Made From?

The animals which most gelatin is made from are cows, pigs, and fish. Of these three, fish are used to produce the least. Several parts of these animals are boiled to produce the sought-after substance, which is almost entirely made up of protein. Among them are cattle skins, pig skins, pig and cattle bones, and fish skins. These animal parts can be obtained from slaughterhouses, either as waste material from meat production or after animals have been killed explicitly for the production of gelatin.

Many gelatins and gelatin products are made partially using pig skins, along with various other animal parts from a variety of different species. In addition to gelatins that contain pig skin or a combination of pig skin and other sources of collagen one can find fish gelatins and gelatins made exclusively from cattle body parts. These types of gelatin are often marketed as being in line with particular religious preferences, due to their omission of pigs and pig parts.

What Is Gelatin Used For?

Gelatin can be found in a wide range of different products. You might be surprised to find gelatin lurking in the list of ingredients of your favorite foods—it’s found its way into dozens of different sauces, desserts, and staples:

Is Gelatin Good for You?

While gelatin itself is made up almost entirely of protein, this is not the case for the foods in which the product is most commonly found. Foods such as Jell-O and marshmallows contain high levels of artificial colors, sweeteners, and other concerning ingredients of which one should be wary.

Unfortunately, most types of Jell-O and gelatinous desserts contain artificial colors. Though these colors may seem an innocent and fun additive to make food seem more appetizing, the reality is that many of them are sourced from questionable substances. Many artificial colors are sourced from petroleum and have been associated with serious health consequences such as behavioral changes in children. The dyes red #40, yellow #5, and yellow #6 contain a known carcinogen, benzidine.

Sugar-free and reduced-sugar jello are favorite treats for many dieters and for those seeking to cut back on their sugar intake while still being able to eat a colorful and fun dessert. However, the artificial sweeteners present in many of these foods could be a reason to consider enjoying an alternative treat. One problem with artificial sweeteners is that they run the risk of disassociating sweet, processed foods with unhealthy foods, making it more likely that we consume too much, but artificial sweeteners may be even more potent than this, changing the way we taste to make less sweet foods less satisfying and induce cravings for sweetness.

Another serious health concern associated with the consumption of gelatin that is experienced by many is allergic reactions. A reaction to gelatin consumption is most likely in people who are sensitive to various types of protein. Because gelatin is present in some vaccines, those with allergies to gelatin must be cautious when seeking standard healthcare. Symptoms of a gelatin allergy include hives or a rash, an itchy mouth, swelling of the face, vomiting, diarrhea, cramping, coughing, difficulty breathing, dizziness, and even loss of consciousness.

When evaluating whether gelatin is good for us, it’s important to also consider animal welfare and the food system. Gelatin is made from the bodies of animals. The animal parts used to produce gelatin are either obtained from slaughterhouses that are discarding bones, skins, and other items that cannot be packaged and sold, or from animals slaughtered specifically to have their bodies boiled to create the gelatinous desserts many of us love.

Prior to being slaughtered for their skin and bones, these animals spend their lives within the confines of an industrial system of production that prioritizes money above their welfare or the welfare of human workers, and which is responsible for massive pollution and environmental degradation. Within this system, animals are housed on small tracts of land by the thousands, unable to demonstrate many of their natural behaviors.

What Is Vegan Gelatin Made Of?

Vegan gelatin substitutes come in a wide variety of different forms with different origin stories. The one thing they all have in common is that they do not require the suffering or death of animals on factory farms or in slaughterhouses as part of their production process.

Reading the ingredients lists of the foods you purchase is a great way to become more aware of what contains gelatin. By increasing your awareness of gelatin you’re better equipping yourself to choose items that don’t contain gelatin or to use a cruelty-free, vegan substitute. With ever-increasing options and innovation surrounding vegan replacements for all our most cherished foods, switching away from eating gelatin has never been easier. Introducing your favorite gelatin-free foods to your friends and family is a great way to advocate against animal suffering in your personal life.