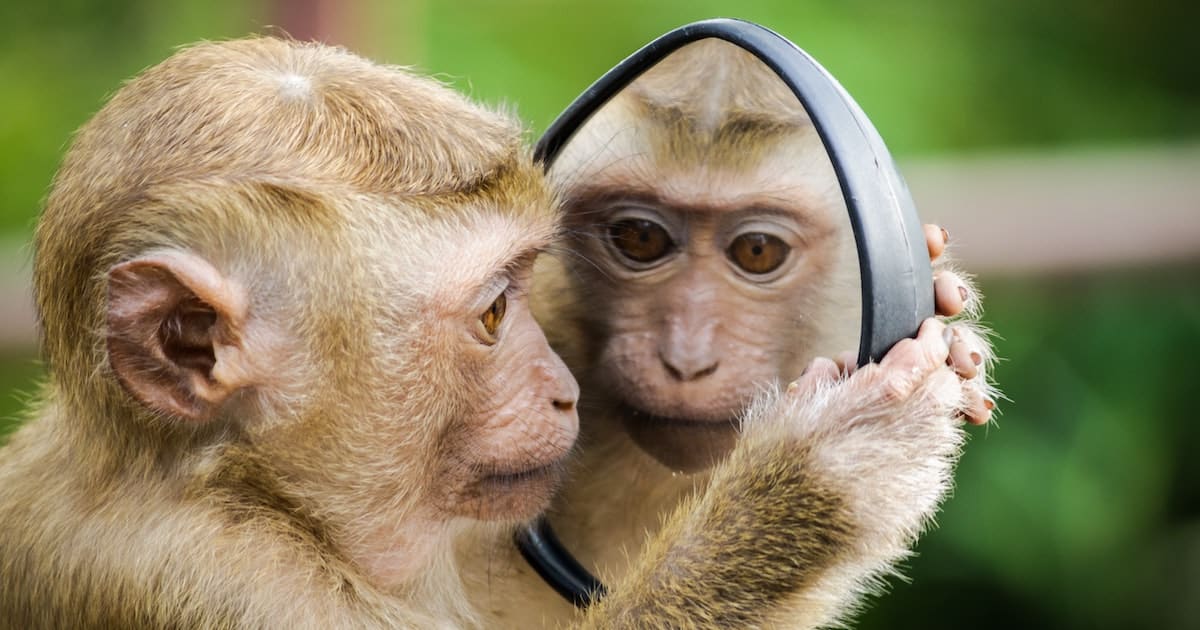 Humans have long insisted on believing that we are different from other animals, and somehow better. This idea, however, is slowly starting to change. Animals have moved into our homes as companions. We spend hours watching their antics on social media. We throw birthday parties on their behalf and spend millions every year on their care. And while our relationships with our pets are changing, research is also increasingly demonstrating sentience in nonhuman animals, challenging the idea that humans and animals are separated by an insurmountable gap.

Who Is a Sentient Being?

There are a number of different definitions for sentience, and thus sentient beings. Most of the disagreements surrounding who qualifies are about different animals and where they fall on the scale of sentience.

In Buddhism, a sentient being includes every conscious creature. There are several classes of sentient beings. Amongst these are a class for humans and one for animals. The class of animals includes all species whether mammal, bird, fish, or insect. The classes are ranked, however, with people ranking above animals. Plants are the only living thing excluded from consideration as a sentient being, because Buddhists do not see them as conscious.

Animals have also been recognized as sentient beings in many legal systems around the world, due to their ability to feel pain. The European Union (EU) recognizes animals as sentient beings in Article 13 of the Treaty on the Functioning of the EU, which is relevant in particular to the welfare of farmed animals. This classification is the reasoning given for protecting their welfare.

Within the United States, there is no federal legal recognition that animals are sentient beings, though there are several laws that reference animals’ ability to suffer. The definition of animal in some legislation, however, has several glaring exceptions including rats, mice, and birds. Individual states within the union have taken the step and recognized animals as sentient beings. One such state is Oregon.

There are other governments, such as India, that implicitly recognize animal sentience by recognizing animals’ ability to suffer both physically and mentally. India goes further by applying this standard to all living creatures and, in its constitution, requiring that all people “have compassion for living creatures.”

What Makes a Creature Sentient?

Though there has been disagreement between legal systems, religions, and individual scholars about sentience and what it means to be sentient, there are a few standards that are broadly accepted. The Sentience Institute put forward the idea that sentience is simply the ability to have both positive and negative experiences. This definition is recognizable in many laws pertaining to animal sentience which discuss animals’ ability to feel pain as a means of demonstrating sentience.

Which Animals Are Sentient Beings?

When following a broad definition of sentience, almost every animal, human and nonhuman, would qualify as a sentient being. A few examples of different species that are sentient beings can be found below.

Anyone who has had a relationship with a dog can attest to their sentience. They get extraordinarily happy when they see their person after a long day of being apart; they tuck their tail and whine when visiting the veterinarian; they sulk when they don’t get what they want. Leading scientists researching neuropsychology and dogs have recognized that canines share many of the same emotions and experiences as humans. The study of the brain structure of not only dogs, but a variety of other species including dolphins and bats, shows striking similarities with human brains, supporting the idea of shared emotions and experiences.

Though being a sheep has been associated with an inability to think for one’s self, being compared to this species should really be considered a compliment. Research has demonstrated that sheep have the ability to plan and make judgments based on remembered information. They also have excellent learning and memory abilities and are able to recognize faces and expressions. Sheep are also able to experience both positive and negative emotions, fulfilling the definition of sentience set forth above.

When considering animal sentience, it might be surprising to learn that fish are also considered sentient beings. Yet this becomes less surprising given the amazing tricks and skills that fish can learn through positive reinforcement training techniques. This process of learning suggests that fish have significant memories. Also suggesting sentience are the many studies that demonstrate that fish feel pain and will seek ways of alleviating it.

Which Animals Are Not Sentient?

While the vast majority of animals can be recognized as sentient beings, there are a small number of animals that, as far as scientists can presently tell, do not have the ability to experience sensory phenomena whether positive or negative. One example of such a species is the oyster. While oysters do have a heart and organs, they lack a central nervous system, making it unlikely that they experience pain.

Another example of an animal lacking a nervous system and thus likely unable to experience pain is the silkworm. In both these species, however, scientists cannot rule out the possibility that they do experience some form of pain or unpleasant sensation or emotion when they come into contact with negative phenomena, such as being eaten or boiled alive for the production of fabric.

For this reason, it is still important for their welfare to be considered when using them for food, textiles, or any other purpose. Instead of assuming that no suffering occurs when we lack conclusive evidence, the more humane stance is to act as though creatures might suffer as a result of their use by humans, and take the steps necessary to limit or eliminate discomfort.

There is an ongoing debate in the academic community over whether plants can be considered sentient or not. Some scientists argue that because plants do react to stimuli such as sunlight they should be considered sentient. Others argue that applying terminology used to talk about animal’s experiences, such as sentience and consciousness, is inaccurate due to the difference in physiology between plants, which lack organs and the ability to move, and animals (including humans).

There is a wealth of research pertaining to animal sentience. The publication Animal Sentience provides publicly available essays, reviews, and other formats of academic inquiry for those interested in the topic. Below are just a sample of the many articles that can be found pertaining to animal sentience. Many may only be available through an academic institution or library; consider reaching out to such an entity if there is an article that you would like to read but to which you lack access.

Freedom Is the Right of All Sentient Beings

There is a wealth of information and research establishing sentience in animals. Though it is not new, the idea of animals forming relationships, experiencing emotions, and learning has become sufficiently mainstream that it has begun to be included in the law around the world. Despite this, humans are still causing animals to suffer for their own needs. In order to consume cows’ milk, we separate calves from their mothers, despite the distress it causes to both. We engineer chickens so that they grow too large to live comfortably within a matter of weeks, just to increase the efficiency with which we can harvest their flesh. These animals do not deserve to suffer.

With plant-based alternatives to all the products that they provide to us becoming ever more accessible, the practice of keeping these animals confined becomes less and less justifiable. These animals deserve a life worth living, a life during which they can create and maintain relationships, play, learn, and be free. All sentient beings do.

Animals Are More Sentient Than You Think