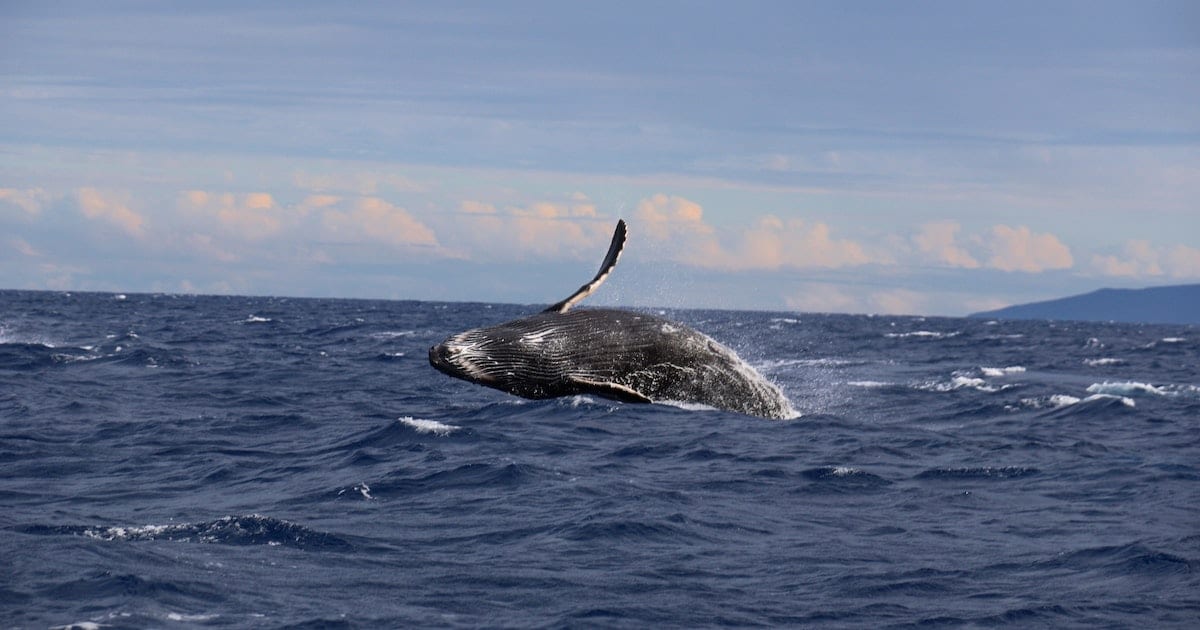 Dairy in the Americas: How Colonialism Left Its Mark on the Continent

Commercial whaling by the United States and other countries resulted in the killing of 3 million whales in the 20th century alone. The rates at which whales were hunted led to their near extinction, particularly the right whale and the blue whale. Today, by some estimates blue whales are at a mere 10 percent of their pre-whaling population, and sperm whale numbers are a third of what they were.

Commercial whaling helped to sustain the United States’ economic growth from its early days as a nation to its rise as an industrial superpower. Despite the fact that whaling has been in decline for nearly a century, it still remains a controversial topic in at least three countries that continue to be targeted by animal advocates seeking to end the practice.

What Is Whale Hunting?

Whale hunting is the killing of whales—huge mammals who live in the sea—for their meat and blubber. This article will focus on intensive, commercial whale hunting and not subsistence whale hunting by Indigenous communities. For Europeans and North American colonists, in particular, whale hunting was a major money-making business that peaked from the 17th century to the end of the 19th century, and its continuation to the 1980s resulted in the near-extinction of some species of whale. It continues to this day in a handful of countries.

Why Do People Hunt Whales?

Present-day commercial whalers slaughter whales mostly for the whale’s meat. Historically, however, the whale’s blubber was a valuable source of fuel. Whale oil was so popular in countries like the United States that its value to society at the time has been compared to today’s reliance on petroleum and gasoline. In fact, upon the discovery of kerosene, petroleum, and natural gas as fuel sources, and with the advent of electricity, whaling became less and less important. Whale oil was also used to lubricate the gears in factories and mills. Whaling was the fifth largest business in the United States from around 1750 to the early 20th century, and extremely dangerous, second only to mining in the risks it posed to workers.

Whalers, people who were hired to hunt whales, have been compared to the people who operate today’s factory farms and slaughterhouses. Whaling in the 19th century was a grueling and low-status job, and it was also one of the most racially diverse industries in the 19th century with about a 20 to 40 percent Black population, including significant numbers of Black men seeking economic advancement and fleeing enslavement and Jim Crow laws. Frederick Douglass at one point made a living in the industry as a caulker on whaling ships, keeping them watertight.

For centuries the main reason for hunting whales was the use of whale oil for lighting lamps, as a lubricant, and for making candles. Sperm oil was a more valuable commodity than other whale oils because it burned without an odor, with less smoke, and more brightly. One sperm whale could yield 25 to 50 barrels of oil. The sale of sperm oil and other whale-derived products is now illegal in the U.S. under the Endangered Species Act.

Sperm whales are named after spermaceti, a waxy substance that comes from a large oil sac in their heads. Spermaceti separated out from sperm oil was used for making candles and for other purposes, and was a primary reason why U.S. commercial whalers slaughtered whales.

The spermaceti organ is now thought to be the part of a sperm whale’s body that helps it navigate the world through echolocation. Through their spermaceti organs, sperm whales produce powerful clicks that allow them to talk to each other and to find food.

Whales had long been hunted in small numbers by Indigenous communities. But once whale fat had become a commodity to Europeans and North American colonists, whales were something that whalers who were willing to endure multi-year, treacherous journeys in difficult conditions could turn into money, as described by environmental historian Bathsheba Demuth. In the 19th century, blubber was “stripped from the body, and boiled to render the oil, and virtually all the remainder of the carcass discarded.” (In the 20th century, by contrast, whalers used almost all of the whale.) Whale oil was used in many different products: margarine, motor oils, car transmission fluid, cosmetics such as face creams, soap, and more.

Rather than chomping on their prey with teeth, baleen whales filter their food through sturdy bristles that have been compared to a broom or a mustache. These bristles, called baleen or baleen plates, are made out of keratin, the same materials that our fingernails are made of. Baleen plates help baleen whales filter out krill, small fish, and plankton from the water so that they can pass into their digestive systems.

Some species of baleen whales, notably blue whales, bowhead whales, and right whales, were among those most heavily hunted by commercial whalers during whaling’s heyday. Other baleen whales include gray whales, humpbacks, minke whales, fin whales, and sei whales. While sperm whales, who have teeth, belong to a different category of whale, both types were sought by New England whalers, primarily for lamp oil.

Whale hunters also captured and killed baleen whales for their baleen or “whalebone.” Industrial-era whale hunters sold baleen plates in the marketplace, where people used them as a plastic-like material for holding up corsets, hoop skirts, whips, umbrellas, and more.

Ambergris is a waxy substance that’s akin to whale poop or a whale gallstone. It’s thought to protect the inner lining of sperm whales’ digestive tracts from the hard beaks of squids.  Though it can smell like fecal matter when it is first expelled from the whale, over time, as it is exposed to ocean waters, ambergris matures into a valuable ingredient for perfume. Chemists have found synthetic ways to replace ambergris, though it is still a treasured and rare commodity that may wash ashore onto beaches, be found floating in the ocean, or sometimes be found in the intestines of slaughtered whales. Ambergris is yet another product that motivated American whale hunters as they hunted down and killed such a large proportion of the global sperm whale population.

How Are Whales Hunted?

In countries where commercial whaling is still legal, whales are hunted by ship and shot and killed using explosive weapons. Because only a few countries allow the practice, information is not readily available about how whales are captured, killed, and processed today.

How Are Whales Captured?

In the 20th century, commercial whalers chased after whales in mechanized boats or ships using sonar equipment. According to a 2006 report for the International Whaling Commission, Norway’s modern whaling practices rely on small and medium-sized fishing boats to search for minke whales in the spring and summer. The boats are equipped with harpoon guns that fire grenade-carrying harpoons and rifles are used as “back-up weapons.” The boats sail to areas that are known as whaling grounds, traveling at low speed, “looking for whales or flocks of birds feeding on fish or krill.” The hunters allow the whales to approach their boats, or may start following a whale in order to shoot at it.

How Are Whales Killed?

Commercial whalers use explosives that are embedded about 70 cm into whales’ bodies using a harpoon gun. According to the 2006 report on Norway’s whale hunting practices, initial hits are not always instantaneously deadly, and the hunters may need to fire additional shots at the whale using a rifle. The IFAW website describes how wounded whales are dragged onto whaling vessels, still alive, and may even be killed by suffocation as their heads are kept underwater while they’re winched aboard.

How Are Whales Processed?

In Japan, the whaling industry has the world’s only factory ship, where whale meat can be processed aboard the ship. Videos of slaughterers cutting whale carcasses by hand on outdoor platforms can also be found online.

Why Does Japan Hunt Whales?

From the 1980s until about 2018, Japan hunted whales in the name of science, though the real reason for doing so was more to get whale meat as part of a culinary and maritime tradition. Meanwhile, there is little demand for whale meat amongst Japanese people. It made up “about 0.1 percent of the country’s total meat consumption in 2016,” making it hard for the Japanese government to justify continuing to subsidize the industry as it does.

In the 1980s the International Whaling Commission agreed a moratorium on commercial whale hunting, and in almost all countries there is a ban on hunting whales as a consequence. (Dolphins, technically a type of whale, are hunted for their meat and also for sale to marine parks. Dolphins are not considered whales within international whaling industry standards.)

When Was Whale Hunting Banned?

The worldwide moratorium on commercial whale hunting was agreed upon in 1982 and instituted in 1985.

How Many Whales Are Killed Each Year?

An estimated 1,486 whales were intentionally killed worldwide in 2016, though this number includes whales killed commercially, for scientific research, and the subsistence of Aboriginal or Indigenous communities. In 2019, Norway’s commercial whaling industry killed 429 minke whales. This number rose to 503 in 2020, and 575 in 2021. Japan’s commercially killed whales numbered 331 in 2019. In the past three years, Iceland’s commercial whalers killed one minke whale in 2021.

In the 1830s, near the height of the whaling industry, the United States and several other countries killed about 5,000 sperm whales each year, to produce oil that would grease the gears of the cotton gins, power looms, sewing machines, and clocks of the Industrial Revolution. In the 20th century, this number rose to about 30,000 per year.

About 300,000 whales, dolphins, and porpoises (another type of dolphin-like whale) are killed every year as bycatch, meaning that they are not the intended target of fishers.

Whales are additionally killed in ship accidents, by getting caught in fishing gear, and by choking on plastic bags. Their lives are also threatened by climate change.

Why Is Whaling Bad?

The primary reason why whaling is bad is that it has wiped out huge numbers of whales in the pursuit of profit, disregarding the health and safety of humans and animals alike.

According to the Humane Society International website, it doesn’t make sense to think of whaling as a sustainable endeavor. Whales live long lives, take a long time to reproduce, and are difficult to monitor.

Due to the toxins built up in whales’ bodies as a result of contaminated waters and the ecosystems in which they swim, the consumption of whale meat is also hazardous to human health.

The way that whales are killed is considered cruel because the harpoons that explode in them are often not instantly fatal. Also, before they are harpooned, they are “pursued to the point of exhaustion,” according to the IFAW website.

The topic of whale hunting is an important aspect of the economic history of the United States and the Industrial Revolution. Commercial whale hunting is also part of an ongoing conversation, about the plight of whales and other victims of the intensive, industrial extraction of natural resources from the planet.