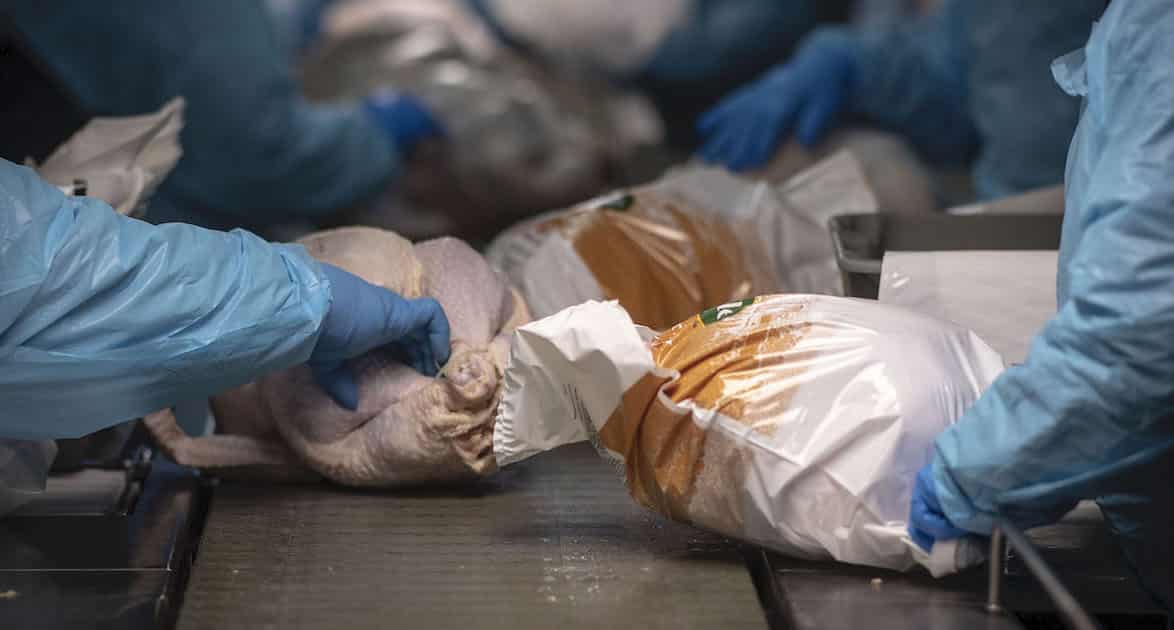 Milk Pollution in Rivers: The World’s Clean Water Is at Risk

In April 2020, Tyson Foods managers organized a “winner-take-all betting poll,” wagering how many of its employees at a meatpacking plant in Waterloo, Iowa would contract COVID-19. Coronavirus ravaged the meatpacking industry that month, but Tyson officials refused to shut down the Waterloo plant. Instead, they offered incentives for employees to come to work whether or not they were sick, ignoring signs of employee illness, and offering sub-par social distancing policies and protections. The outbreak that ensued infected nearly 1,000 workers, at least six of whom died.

The Tyson lottery illustrated what I, and many other activists, have been arguing: the COVID-19 pandemic has exacerbated systemic racism and abuse in animal agriculture. However, the pandemic is just the latest link in the chain of systemic oppression put forth by the animal agriculture industry.

As slaughterhouse worker turned advocate Gloria Sarmiento told NPR, “They are treating us like animals.” But what leads managers to bet on the lives and deaths of marginalized meatpacking workers? This question is at the heart of the conversation around who’s life is valued and whose is not.

Most of my research comes back to one main concern: who is counted as human and who is “animalized,” a term popularized by philosopher Syl Ko. In Aphro-ism: Essays on Pop Culture, Feminism, and Black Veganism from Two Sisters, she points out that words like “n – – – – – ” and “thug” are often used to replace the “animal.” According to Ko, calling someone an “animal” or referencing their “animalistic” tendencies is often used to describe anything that deviates from whiteness, turning “humanness” into a tool of white supremacy that also enables our dominance over other species.

“While the oppression between humans is not the same as nonhumans, both are rooted in systemic supremacy,” activist and author Julia Feliz writes in Food Justice: A Primer. Feliz explains that nonhumans have historically been denied personhood in order to normalize their inhumane treatment. At the same time, marginalized people have been compared to animals, or “animalized,” to similarly deny their personhood.

This line between human and inhuman or less than human affects not only social and cultural norms, but also policies, legal frameworks, and geopolitics. When something or someone is dehumanized and not granted personhood, they become easier to oppress. For example, both nonhuman animals and marginalized meatpacking workers are both viewed and treated as “others.” This otherization is integrally connected to power structures that dictate whose and what life is worth living.

White supremacy was a significant factor in the Tyson case. It is no coincidence that the lives of a majority Hispanic workforce were being gambled in the context of industrial agriculture where both animals and workers are viewed as commodities.

On April 27, the same month Tyson’s managers bet on the lives of its employees, the company took out a full-page ad in the Washington Post arguing that its business—and the animal agriculture industry as a whole—had become vulnerable during COVID-19. Tyson painted an image of meat disappearing from grocery store shelves, lost profits, and a broken food system that would leave the nation hungry. The food system was indeed breaking down, but a system built upon the backs and the dead bodies of marginalized workers is a system that we need to divest from. And while whiteness and otherization are deeply embedded in discussions of structural power and oppression, it is also through these uncomfortable realities that we can imagine what liberation might look like.

“Members of oppressed groups are not correcting or redefining humanity but are literally changing the conversation around humanity altogether,” writes Ko. “Since the human-animal opposition gives meaning to the colonial rendering of both ‘human’ and ‘animal,’ the challenge to humanity is a challenge to the binary.”

If we move away from this binary, we can imagine a version of humanity that extends to all species, races, religions, and job titles. The Tyson winner-take-all bet illustrates that under our current colonial understanding of humanity, nonwhite subjects are seen as less than human, which has detrimental political implications. To dismantle oppressive structures, we must also evaluate how humanness is embedded in white supremacy, how animals are seen as expendable, and how nonhumans are used as a construct to animalize marginalized people and justify violence against these oppressed communities.